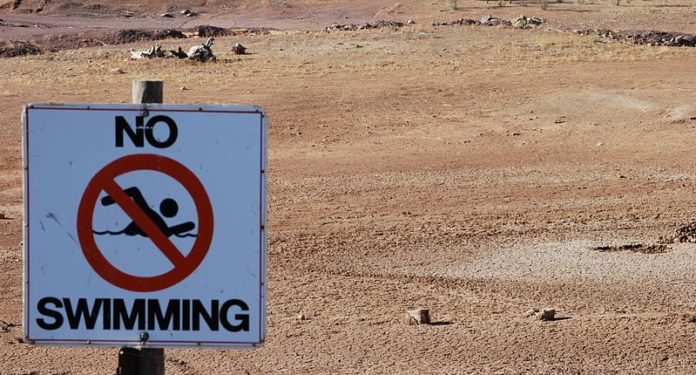 Written by John Vibes at theantimedia.org

It was reported last week that many crops in the drought-stricken state of California are actually being irrigated with fracking wastewater.

Fracking is the process of drilling down into the earth before a high-pressure water mixture is directed at the rock to release the gas inside. Water, sand and chemicals are injected into the rock at high pressure, which allows the gas to flow out to the head of the well. Wastewater produced from this process is highly toxic and filled with a variety of chemicals. In many cases, people who live near fracking sites have been able to set fire to the water and air that comes through their pipes.

In the midst of the recent drought in California, it was discovered that fracking wastewater has been used on crops for over 20 years. The Cawelo Water District, a guild comprised of local farmers, has been cooperating with oil firms in the area to recycle their wastewater for food production.

“It’s hard for the oil industry to get rid of, so it’s a win-win for the oil companies when they are able to sell the water,”Chevron spokesperson Abby Auffant said in a statement.

The water is allegedly put through a filtration system and cleaned in a variety of ways, but many critics wonder if this is safe enough to be used on food. For the farmers, this wastewater saves them well over a thousand dollars for every acre-foot of food that needs to be irrigated.

“We’re in compliance with all the testing requirements. There’s a petrochemical content in our… permit and we have always met and been under it,” Auffant said in defense of the operation.

However, many activists feel that this can be extremely dangerous for the environment and the food chain.  Madeline Stano of the Center on Race, Poverty, and the Environment said that “It’s an experiment that the state of California and the oil industry performs without consumer consent.”

“In Chevron’s own report we found benzine and acetone, which are carcinogenic” she added.