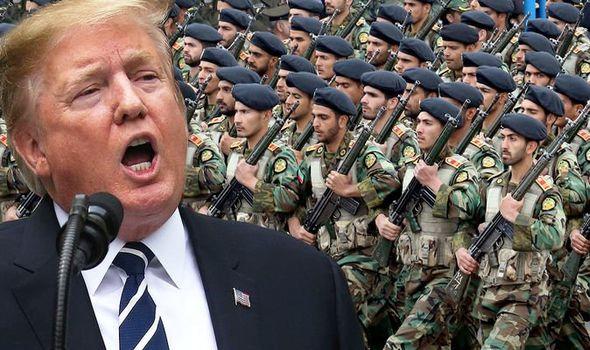 (Zero Hedge) On Wednesday President Trump told Fox Business Network that he was “not talking boots on the ground” should military action against Iran become necessary, and said that any conflict:

Trump said when asked if war is brewing in the Persian Gulf following soaring tensions over last week’s US drone shoot down by IRGC forces: “I hope we don’t but we’re in a very strong position if something should happen,” as cited in Reuters. “I’m not talking boots on the ground,” he added. “I’m just saying if something would happen, it wouldn’t last very long.”

This suggests a scenario similar to the Trump White House’s two instances of tomahawk missile and air strikes on Syria of the past two years — the last which came in April 2018, and saw a night of sustained strikes involving a little over 100 tomahawk missiles launched from nearby warships.

That single night attack which primarily targeted Damascus leveled government buildings and sites the US claimed were for chemical weapons research and development. It was a mere months after this last Syria attack that Trump began announcing his desire for a “complete” American troop withdrawal from Syria.

Thus it appears that should things escalate to direct US military assault on Iran, it would (at least initially) take place in the manner of a “one and done” major fireworks display — the idea being to “hit hard,” declare victory, and get out fast… at least in Trump’s ideal version of how things would play out.

But as many observers have pointed out, Iran is very different from Syria. Tehran oversees a largely religiously and ethnically homogeneous country of 80 million, and unlike Syria its sophisticated defense capabilities have not been degraded by a seven-year long internal war and domestic insurgency. It possesses a serious ballistic missile arsenal as well as various stealth capabilities (recent claims include battleship and submarine stealth capabilities), as well over 30 batteries of Russian-made S-300 ground-to-air missiles that have been delivered by Moscow since 2016.

Trump tweeted on Tuesday that “Any attack by Iran on anything American will be met with great and overwhelming force. In some areas, overwhelming will mean obliteration.”

But to do this would require more than a mere one-off Syria style strike of a hundred or so tomahawks. Given he’s now signaled “no boots one the ground” (a highly dubious promise according to Washington’s track record on this “promise”), the president will hopefully refrain from initiating any part of a strike plan, given the ease with which it could spiral from a “one and done” largely symbolic attack (bolstering US policy wonk demands to “do something” to curtail Iranian “aggression”), to yet another “endless war” scenario, draining yet ever more American blood and treasure in the heart of the Middle East.