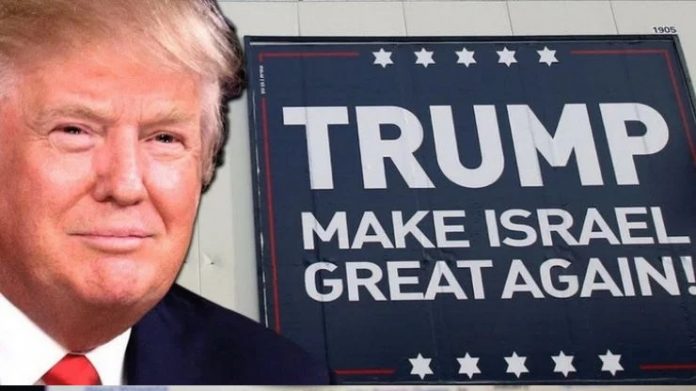 (CD) — After the #DisloyaltoTrump hashtag went viral overnight in response to President Donald Trump accusing any person of Jewish faith who voted Democratic of being disloyal to the United States, the president sparked fresh concerns about his mental health Wednesday morning after he tweeted quotes from one of his right-wing supporters who said Trump was like “the King of Israel” and compared Trump to “the second coming of God.”

….like he’s the King of Israel. They love him like he is the second coming of God…But American Jews don’t know him or like him. They don’t even know what they’re doing or saying anymore. It makes no sense! But that’s OK, if he keeps doing what he’s doing, he’s good for…..

…..all Jews, Blacks, Gays, everyone. And importantly, he’s good for everyone in America who wants a job.” Wow! @newsmax @foxandfriends @OANN

This thread, not a full day after calling American Jewish Democrats disloyal, is eschatological antisemitism from a right wing extremist. It draws a line between good (right wing and/or Israeli) and bad (liberal) Jews. This is stochastic terrorism. https://t.co/ezM7CglKvb

Trump is quoting someone who calls him "the King of Israel" on par with "the second coming of God." Two things: 1) it's weird & offensive to say, in effect, "Jews love him like he's Jesus." 2) Christians should see this as blasphemy but many, especially in USA, won't. https://t.co/Q341T49yZ7

Trump just described himself as the King of Israel – holy shit https://t.co/4H4d1Bs6WJ

“The President is a raving lunatic,” Democrat Andrew Gillum, who ran for governor last year in Florida, tweeted just after Trump’s tweets. “He is not well.”