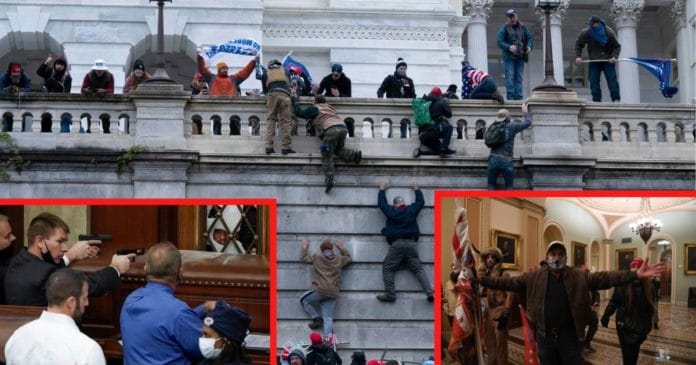 The US Capitol in Washington DC is locked down after supporters of President Donald Trump clashed with police and stormed the building. 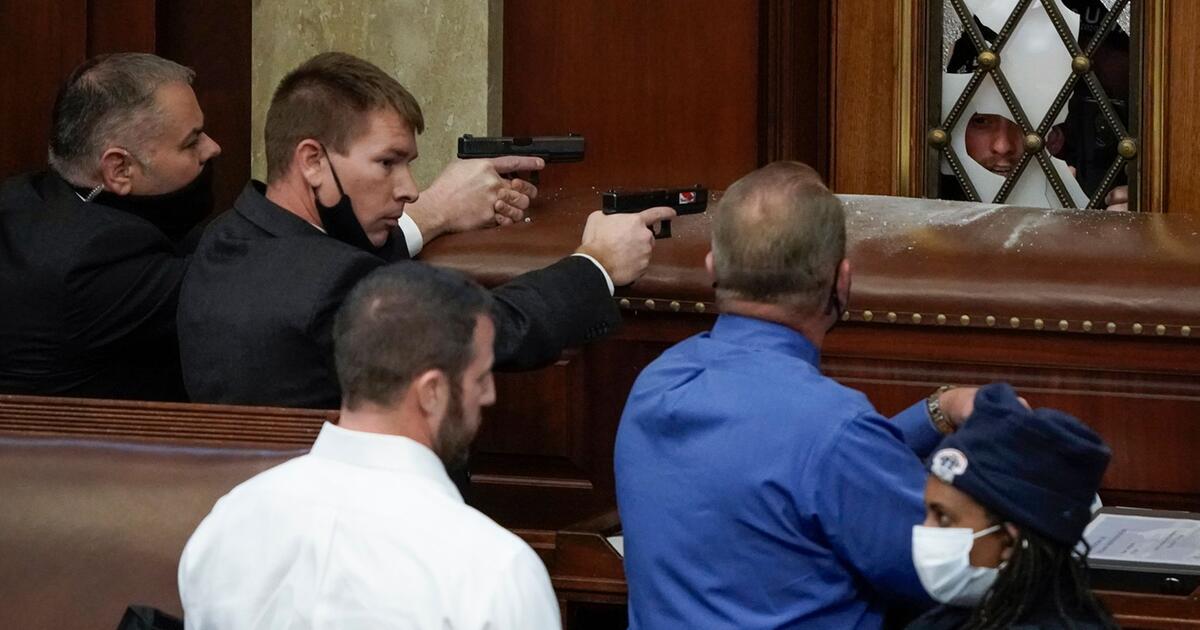 The US Congress was meeting today to certify Joe Biden’s victory in the November election, with more than 100 Republican congress members vowing to object to the results in several states. 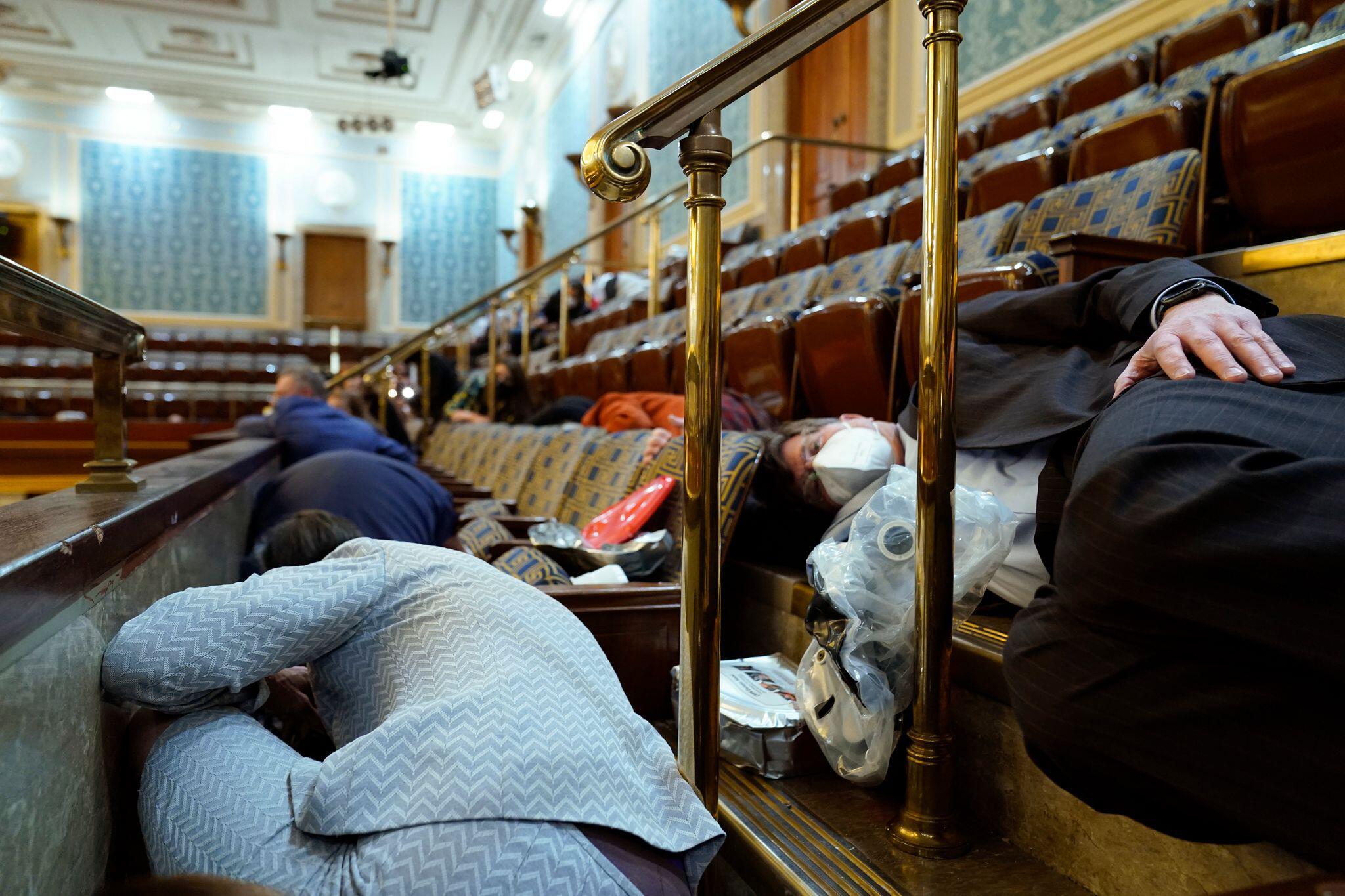 Around the same time, Trump addressed thousands of demonstrators who had amassed outside the Capitol to cheer his baseless claims of voter fraud and to protest the results.

Trump falsely said he won the election as he spoke on an outdoor stage framing the White House. He urged his supporters to march to the Capitol, telling them to “get rid of the weak Congress people” and said “this is the time for strength”.

“We’re going to cheer on our brave senators and congressmen and women, and we’re probably not going to be cheering so much for some of them,” Trump said.

At the rally, Trump’s top lawyer Rudy Giuliani called on Trump supporters to settle the dispute over the election through “trial by combat”.

How did the rally unfold?

A crowd of thousands gathered at the “Save America March” to listen to Trump, wearing red baseball caps and cheering as he spoke.

They then made their way towards the US Capitol building.

While the joint session of Congress was continuing, protesters pushed past the police lines set up on the steps. In footage uploaded to Twitter, furious men screaming “traitor” were seen trying to to rip open the barricades. 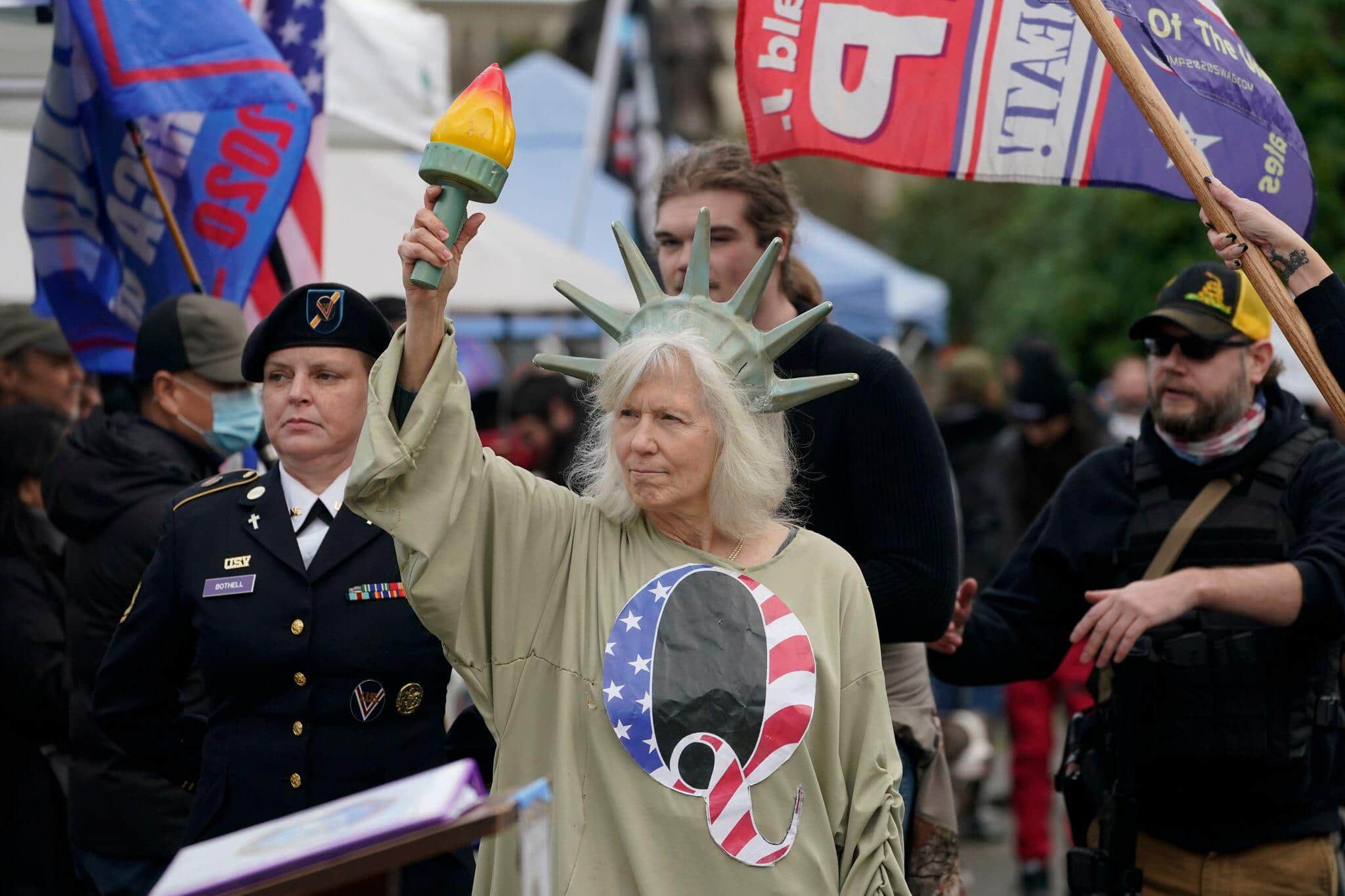 Some members of Congress and journalists took to social media to say they were told to “shelter in place” at their offices after reports some protesters broke through barriers.

What happened inside the building?

An announcement was played inside the Capitol as lawmakers were meeting saying that due to an “external security threat”, no one could enter or exit the Capitol complex. 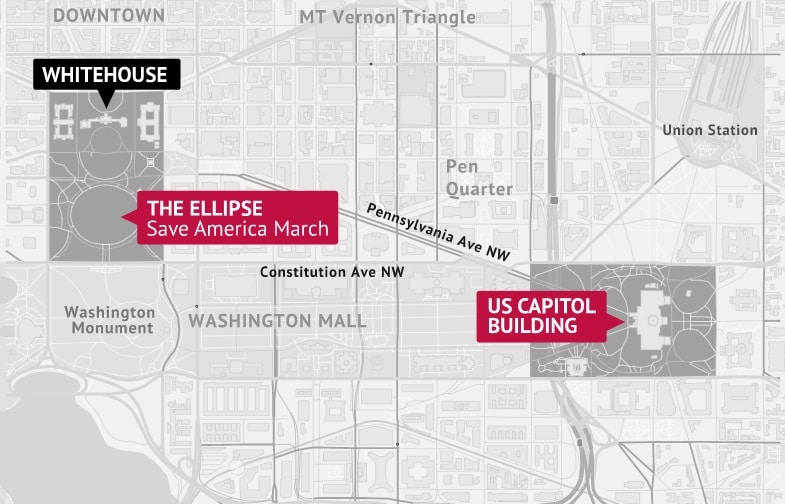 Both chambers abruptly went into recess and the debate over the electoral count was suspended.

House members were told to don gas masks, as tear gas was fired in the Rotunda.

The United States Senate and House of Representatives were evacuated, and Vice President Mike Pence and lawmakers were whisked to secure locations.

Incredible pictures showed security officials with guns drawn on the floor of the US House of Representatives, people fighting with police in the Capitol Rotunda, rioters smashing windows and streaming into the building where the nation’s leaders had gathered to count votes sealing President-elect Joe Biden’s victory.

Protesters could be seen marching through the Capitol’s stately Statuary Hall shouting and waving Trump banners and American flags. 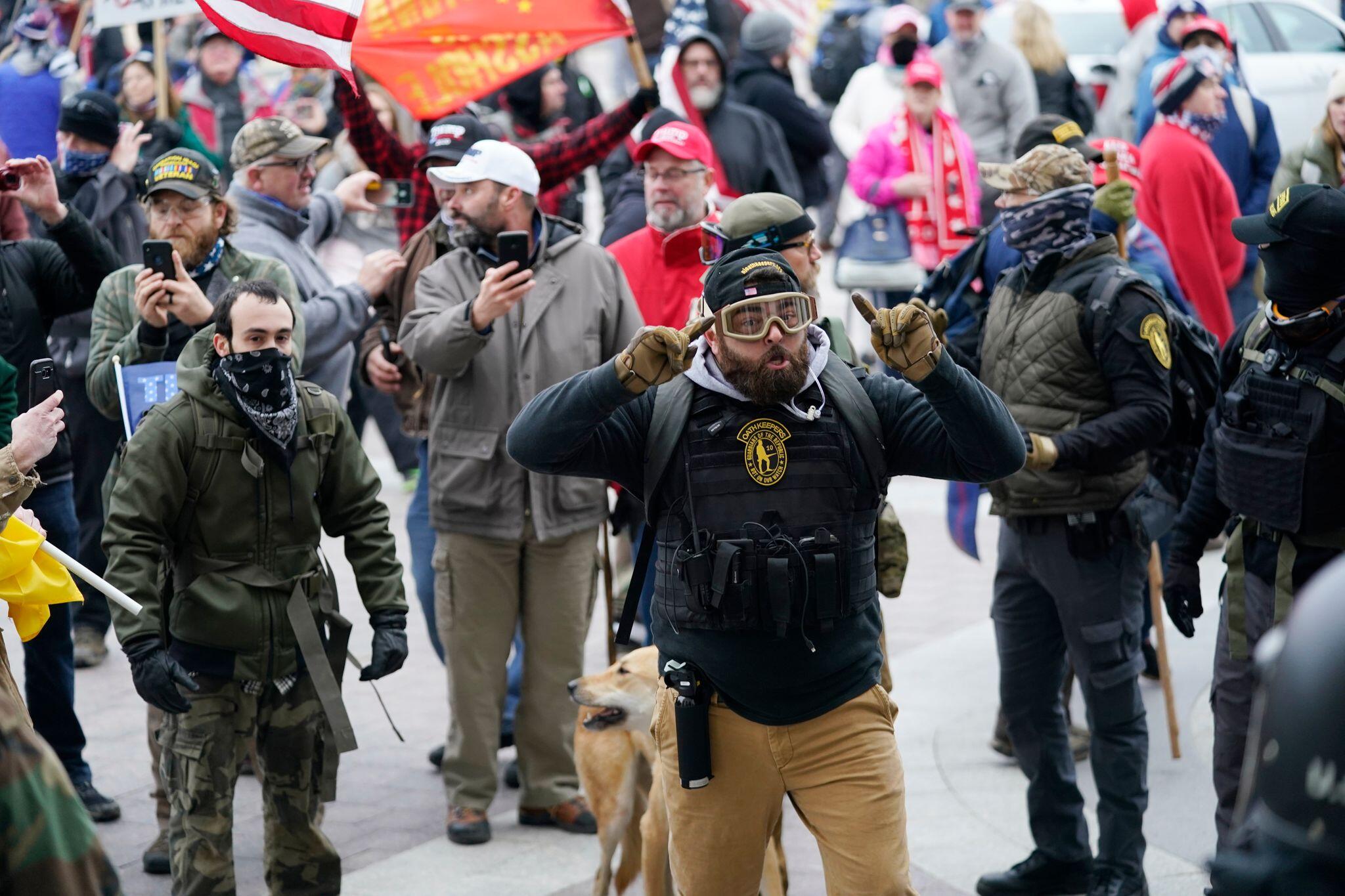 One got up on the dais and yelled: “Trump won that election.”

National Guard troops were deployed and a citywide curfew called for shortly after dusk. 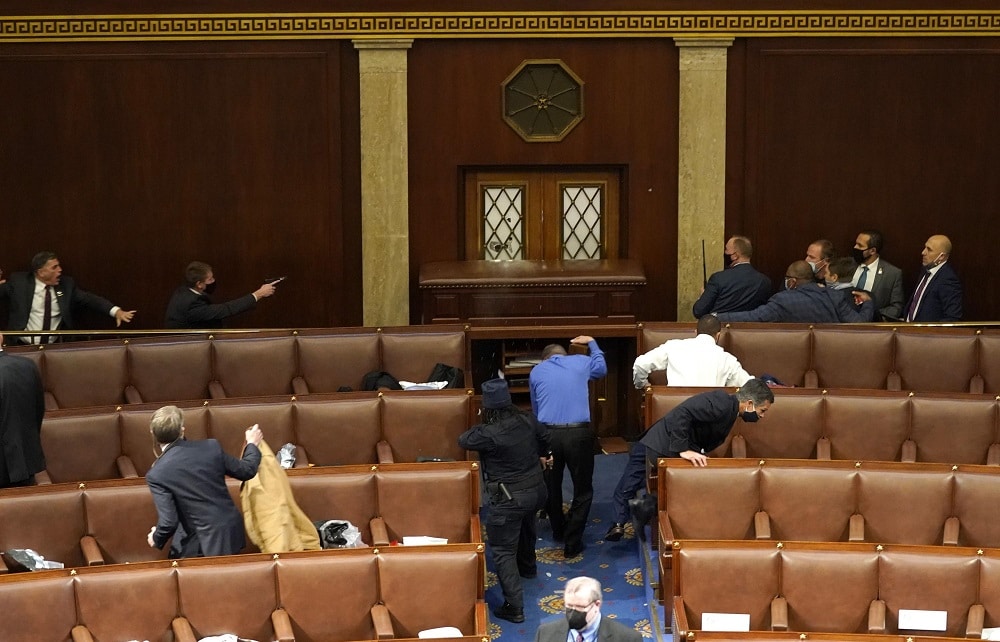 Has anyone been injured?

A woman was shot and has since died. The exact circumstances surrounding the shooting are unclear.

The police chief of Washington DC said pro-Trump protesters deployed “chemical irritants” on police in order to break into the Capitol.

Police Chief Robert Contee said officials have declared the scene a riot. Thirteen arrests were made of people from out of the area. 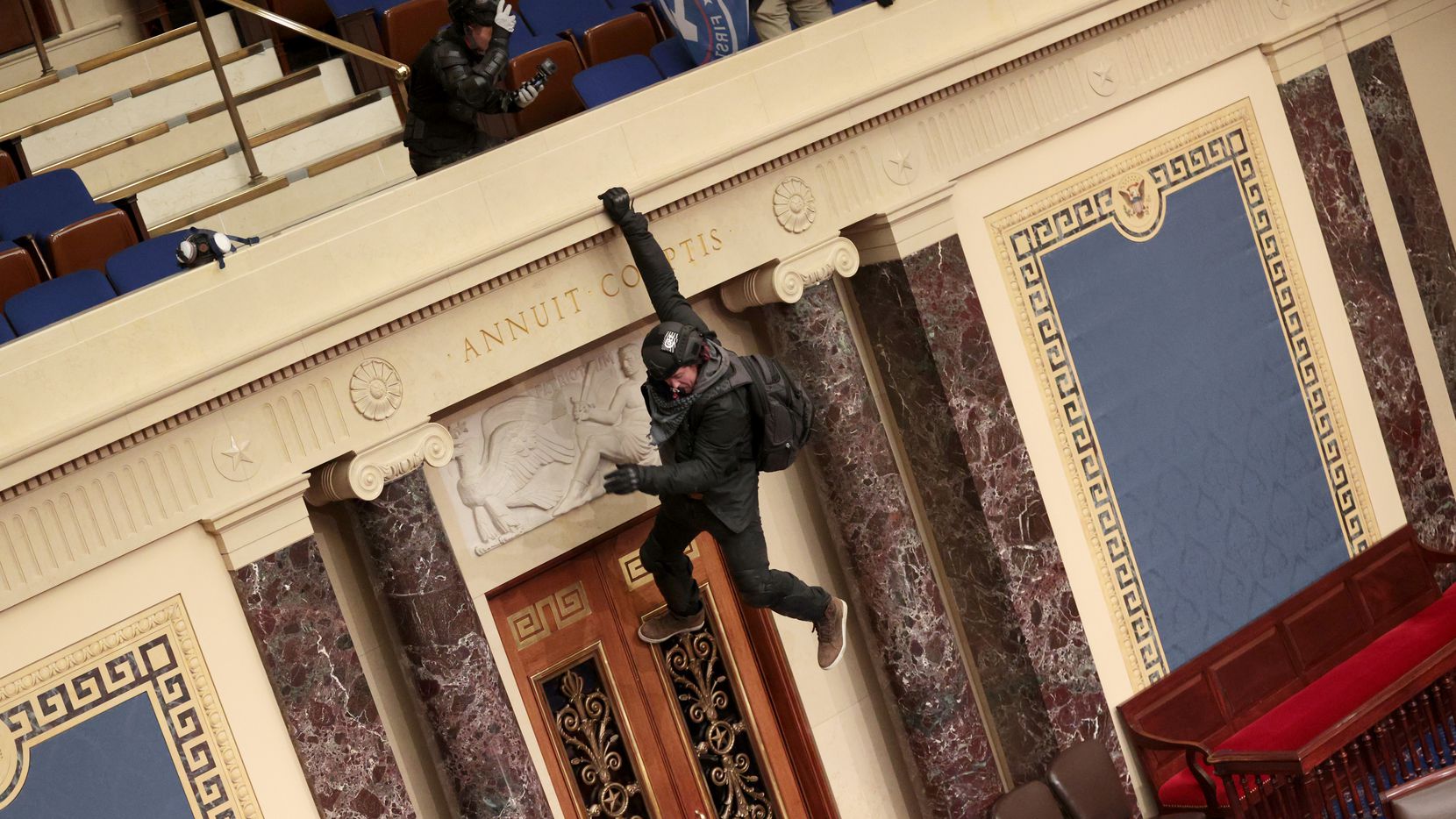 After egging on his supporters for several hours at the rally, Donald Trump tweeted that they should “stay peaceful”.

“Please support our Capitol Police and Law Enforcement,” Trump tweeted. “They are truly on the side of our Country. Stay peaceful!”

Under increasing pressure from both sides of politics to condemn the protesters, he then issued a video on Twitter telling protesters to go home in peace.

The video was issued more than two hours after protesters began storming the Capitol.

Trump opened his video, saying, “I know your pain. I know your hurt. But you have to go home now.”

He also went on to call the supporters “very special.” He also said, “we can’t play into the hands of these people. We have to have peace. So go home. We love you. You’re very special.”

Almost two hours later, as a curfew was imposed in Washington DC, he tweeted again, telling his supporters to “remember this day forever”. 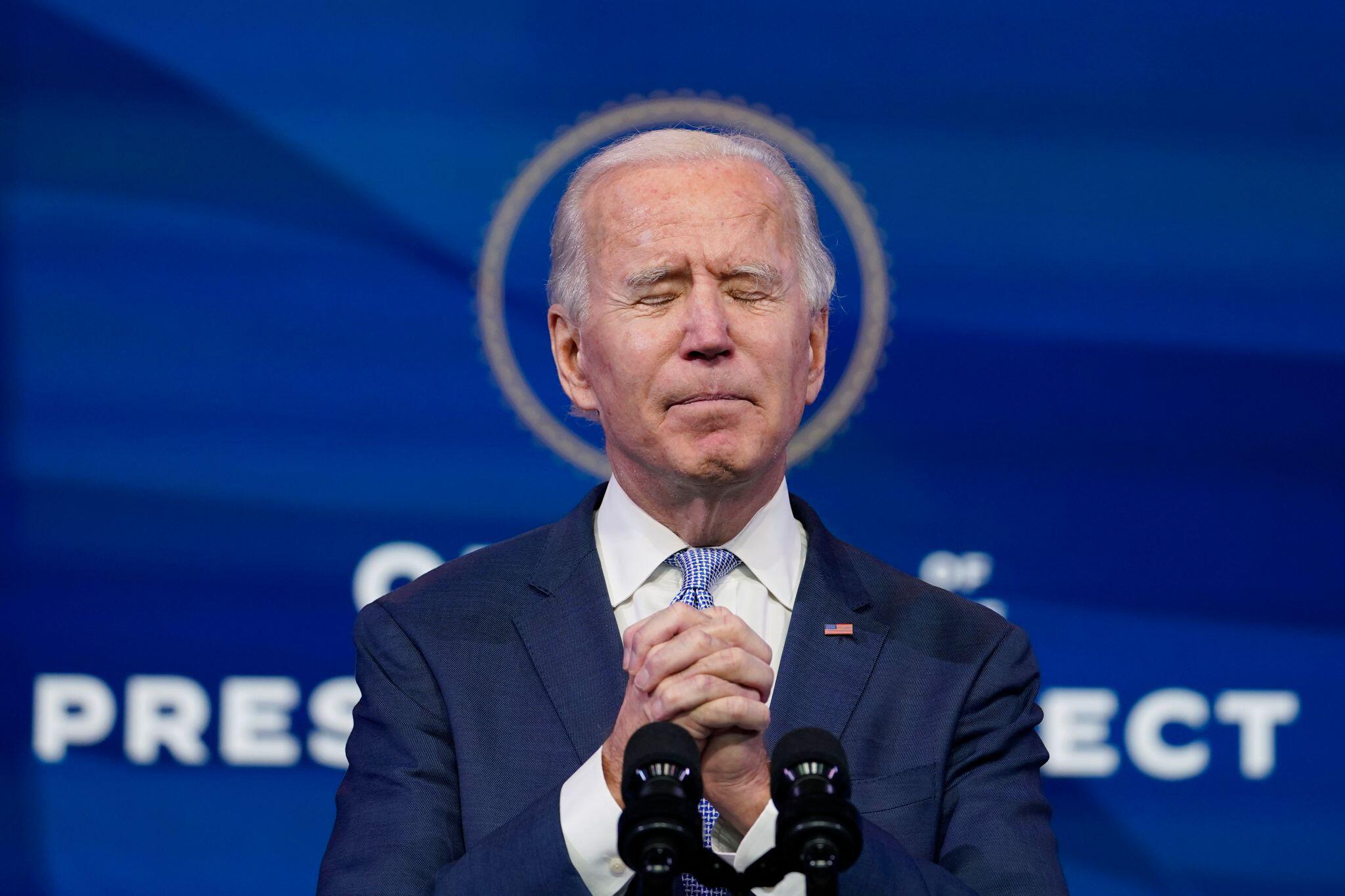 What did Biden say?

He had planned to deliver a speech focused on how to revive an economy and provide financial relief for small business owners reeling from the coronavirus pandemic from his native Delaware.

But shortly before he was to begin speaking, demonstrators broke into the capital.

“At this hour our democracy is under unprecedented assault unlike anything we’ve seen in modern times,” Biden said, adding that what unfolded was “an assault on the rule of law like few times we have ever seen it”.

He said the uprising bordered on sedition, adding, “The scenes of chaos at the Capitol do not reflect a true America, do not represent who we are”.

“I call on this mob to pull back and allow democracy to go forward,” Biden said. “At their best the words of a president can inspire, at their worst they can incite.” 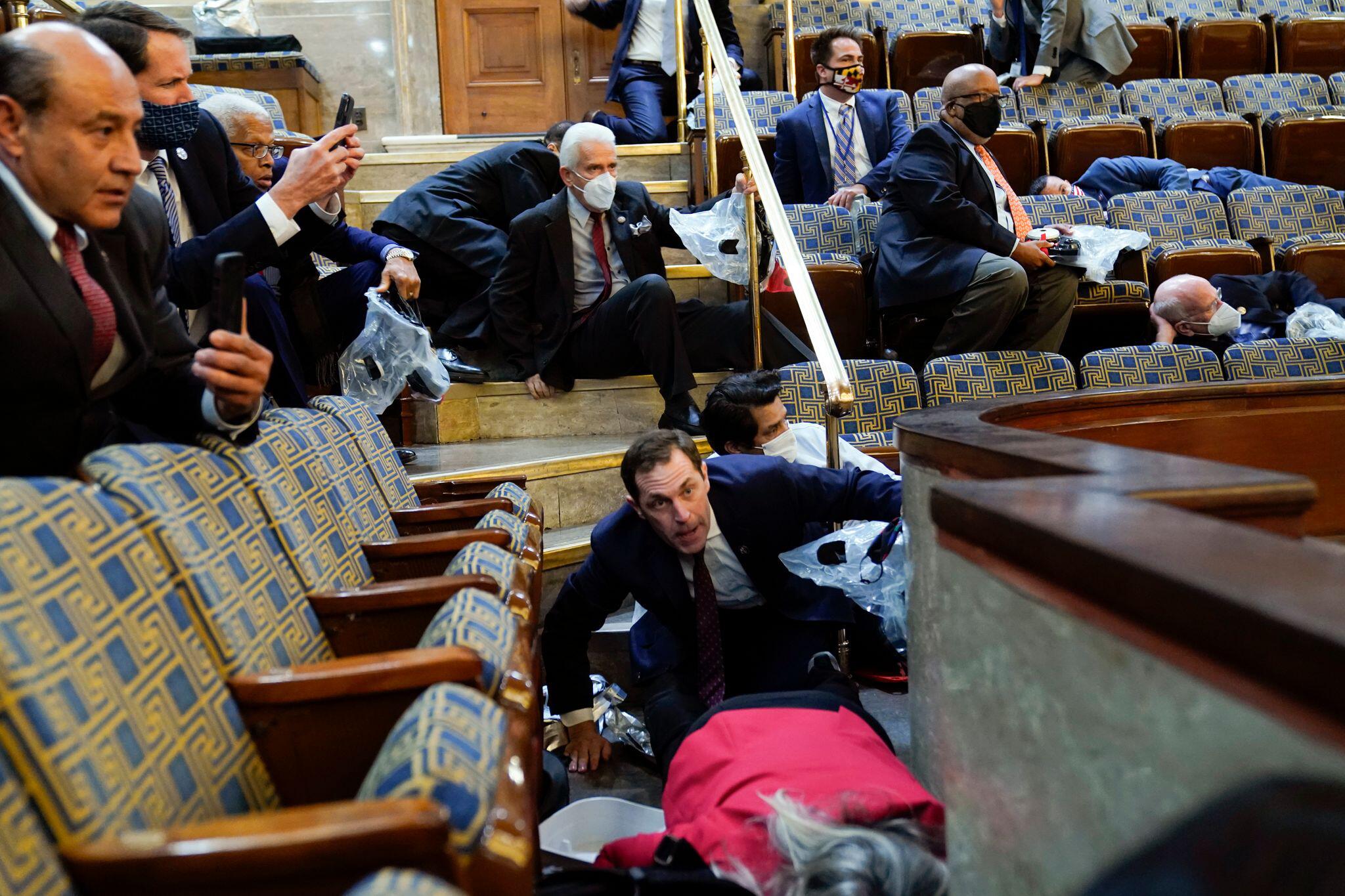 How have others responded?

Vice President Mike Pence has called on rioters to stop the “violence and destruction”.

“Peaceful protest is the right of every American but this attack on our Capitol will not be tolerated and those involved will be prosecuted to the fullest extent of the law,” Pence tweeted.

“The violence and destruction taking place at the US Capitol Must Stop and it Must Stop Now. Anyone involved must respect Law Enforcement officers and immediately leave the building.”

Meanwhile, Democrat Ilhan Omar from Minnesota will call for US President Donald Trump to face a fresh impeachment hearing and be removed from office.