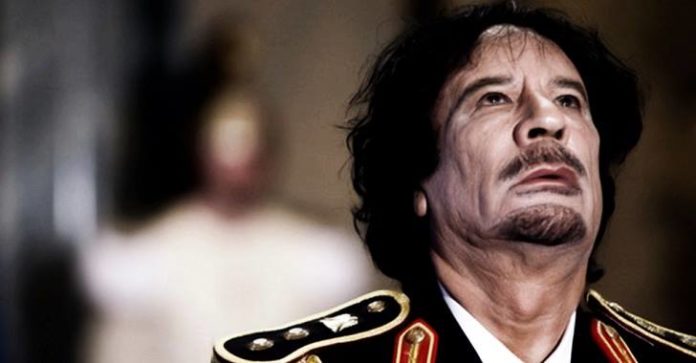 Donald Trump signed an executive order that includes a temporary refugee ban on and a suspension of visas for citizens of Syria and six other Middle Eastern and African countries.

The list includes Syria, Iraq, Iran, Libya, Somalia, Sudan, and Yemen. If those countries are starting to sound familiar, there’s a reason for that.

According to four-star General Wesley Clark, shortly after the attacks of 9/11, the Pentagon adopted a plan to topple the governments of seven countries; Iraq, Libya, Lebanon, Syria, Somalia, Sudan, and Iran.

Although such a refugee ban is welcomed by many frightened Americans due to the overplayed hype that the media has reported on the threat of refugees sweeping into western nations, these Americans cannot turn their attention away from the hand America has had in creating these refugees in the first place.

Clark’s list of countries is not an irrelevant conspiracy theory. These countries have seen heavy interference from the United States in the last decade or so. In 2016, the country Obama bombed the most was Syria. The United States was spending approximately $1 billion a year assisting rebels who have known ties to al-Qaeda, the majority of whom share ISIS’ core belief system. The U.S. air war against ISIS has now cost American taxpayers over $11 billion. Iran is bound to Syria by a mutual defense agreement and has lost significant personnel in the battle. Iran has also taken full advantage of poor Afghans, recruiting them to fight in Syria.

Libya was destroyed in 2011 by NATO powers, an offensive in which the U.S. played the most integral role. The U.S. was backing jihadists who fought against the U.S. in Iraq to topple the Libyan regime (these fighters were later rebranded as ISIS). Even up until his last day in office, Obama was still bombing Libya (from Missouri, believe it or not.)

Obama bombed Somalia throughout his presidency. He not only relentlessly bombed Yemen, but he also supported the Saudi-led coalition’s brutal assault on Yemen’s civilian population. It could be argued that Trump is set to discontinue these practices, but so far, he is well on his track to rapidly pursuing them. In his first weekend since inauguration, his administration conducted a number of drone strikes in Yemen with no hint at a reversal of Obama’s policies, though his approval was not required for those particular strikes.

Further, is the American public even aware that American troops are stationed in Sudan? American troops can go there, but refugees fleeing a brutal conflict can’t come to the United States?

It’s not really clear why Iran is on the list, other than the fact that Trump opposes the Iranian nuclear deal and has a love affair with Israel, Iran’s number one nemesis. Internally, Iran is not embroiled in any significant military conflict (for the time being), something Trump may look to change.

Notable omissions from the refugee ban list include Saudi Arabia, a country that admitted aiding terrorists as a tool of foreign policy and that has exported its radical Wahhabism ideology (incidentally, the majority of the 9/11 hijackers were Saudis); the United Arab Emirates (where the majority of the funding for 9/11 passed through); Turkey, which has been shown to aid ISIS fighters as they travel to and from Syria; Qatar, which has spent an immense amount of its vast wealth arming fanatical jihadists to fight in Syria; and Afghanistan, where al-Qaeda was born.

It’s one thing to want to keep your country safe from infiltrating terrorists; it’s another thing to stay silent about the atrocities your military is committing abroad and to ignore the numerous suspicious countries that have escaped such a ban. If your military can go somewhere to wreak havoc, that nation’s civilians should be allowed to come to you.

Additionally, keep in mind that Trump’s proposal may also be illegal.

This article (The U.S. Had a Plan to Topple All 7 Countries on Trump’s Refugee Ban List) is free and open source. You have permission to republish this article under a Creative Commons license with attribution to Darius Shahtahmasebi and theAntiMedia.org.