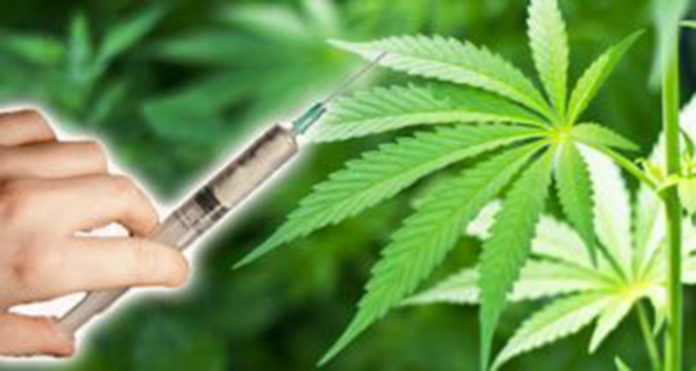 Unlike the US, where it will soon be considered as dangerous as heroin, CBD is now classified as a medicine in the UK.

By: Claire Bernish / The Free Thought Project   After the DEA moved to further constrain, Americans’ access to medically miraculous CBD oil by classifying it alongside heroin and cocaine, Britain chose compassion and common sense — and just classified Cannabidiol (CBD) as a medicine.

On Monday, Britain’s Medicines & Healthcare products Regulatory Agency (MHRA) decided CBD — which can treat illnesses and conditions from severe childhood epilepsy to autism to cancer — warranted the classification as a medicine based on credible evidence of its efficacy.

Thus, unlike in the U.S. — where the substance is now considered devoid of medical benefit by the DEA — CBD meeting quality and regulatory standards may be legally obtained by any British citizens who need it, reports High Times.

“We have come to the opinion that products containing cannabidiol (CBD) used for medical purposes are a medicine,” an MHRA spokesperson said in a statement on the agency’s website.

“Our primary concern is patient safety and we wish to reiterate that individuals using cannabidiol (CBD) products to treat or manage the symptoms of medical conditions should discuss their treatment with their doctor.

“MHRA will now work with individual companies and trade bodies in relation to making sure products containing CBD, used for a medical purpose, which can be classified as medicines, satisfy the legal requirements of the Human Medicines Regulations 2012.”

This rational approach stands in sharp and tragic contrast to draconian drug laws in the U.S., where, as of January 13, CBD oil — which does not contain the psychoactive chemical THC, which gives people a high — and all cannabinoids will be considered dangerous substances.

Healthcare and cannabis rights advocates have excoriated the DEA’s brash and baseless move, noting lives will now be in jeopardy.

“The whole policy around this plant is just so illogical,” Robert J. Capecchi, Director of Federal Policies at the Marijuana Policy Project, told Vice. “Even when you look at the criteria you’re supposed to be looking at under the law, they’re just not following it. It’s just a stupid policy for lack of a better term.”

THC-containing cannabis — also medically beneficial for the treatment of post-traumatic stress disorder, among many other conditions — still remains as a Schedule I substance in the U.S., and is not considered medicine in Britain.

But the latter has taken steps in the right direction with the new classification for CBD — a complete reversal of cease and desist orders sent by MHRA to vendors only months ago, as High Times notes, ordering it to be “removed from sale in the UK.”

“The change really came about with us offering an opinion that CBD is in fact a medicine,” Gerald Heddel, director of inspection and enforcement at the agency, explained to Sky News, “and that opinion was based on the fact that we noted that people were making some quite stark claims about serious diseases that could be treated with CBD.”

Decades of government propaganda about the putative dangers of ‘marijuana’ — amplified exponentially by President Nixon’s administration’s agenda to, in essence, criminalize black people and the anti-war left — still linger in the stigmatization of all the cannabis plant’s myriad derivatives.

Despite the DEA’s war on cannabis and its users, onerous prohibition has been voted out in an increasing number of states — forcing those who need it to uproot their lives and move, in order not to face arrest over their medicine. Medical research into cannabis and cannabinoids continues to evince the miraculous assets the plant offers. In just one example, as High Times explains,

“In early December, researchers from the University of Alabama found that CBD oil reduces both the frequency and severity of seizures in children and adults with with severe, intractable epilepsy. In two-thirds of the 81 participants, the severity was reduced by at least 50 percent.”

In classifying CBD as medicine, MHRA recognizes such benefits — and the improved health of British citizens — eclipse the value in blindly continuing dangerous and inaccurate propaganda.

Sadly, the highly profitable war on drugs and influence of pharmaceutical corporations have the DEA feigning ignorance about cannabis and CBD — at the expense of people’s lives.

This article (UK Reclassifies CBD Oil As Medicine Just As America Puts It In Class With Heroin) by Claire Bernish is free and open source. You have permission to republish this article under a Creative Commons license with attribution to the author and TheFreeThoughtProject.com