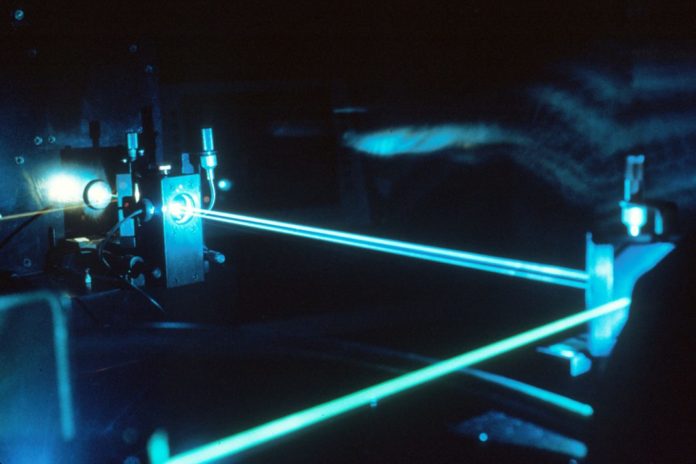 Scientists have made advancements in the field of quantum encryption. The fast and powerful encryption system has the power to protect computers and the future Internet from hackers and other security threats.

The idea originated from a study in collaboration between Duke University, Ohio State University, and Oak Ridge National Laboratory. Chair of the research, Daniel Gauthier of Ohio State University, states they will soon have a working quantum computer, which will break cryptographic codes in the coming years. The quantum system will allow experts to break thousands of megabit every second. That’s five times faster than the methods we use today. According to Science Daily, scientists have developed a method using cyphers, or encryption keys. The encryption keys are made of light-charged particles, or photons, and can easily be changed.

This method of utilizing the photons is faster and a lot safer. It can also inform the user if there was a loss or diversion of information. The photons enhance the security key rate once the properties are altered, according to Gauthier.

Encryption keys will be sent via optical fibers, and stored underground alongside existing cables. Receivers and transmitters will be harbored in additional structures.

Nurul Taimur Islam, a graduate student at Duke University, states that he and his team want to test the current quantum encryption system for flaws to guarantee there are no security or external threats.

Islam, along with Clinton Cahall and professor Jungsang Kim, have used weak lasers to transmit information packed photons. They were able to add more information to one photon by changing its property, or Phase, and its release time. This allowed them to add two bits of information per photon instead of one.