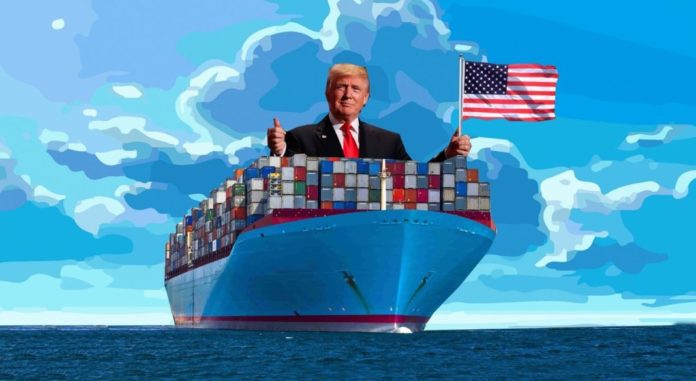 President Barack Obama will soon leave office, marking the end of his presidency in the United States. For him, a last step in the right direction would have been to see the country’s lawmakers approve the Trans-Pacific Partnership (TPP), providing the United States with an unrestricted access to the markets of Pacific-rim nations. The TPP is a free trade agreement that will supposedly liberalize trade and investment between 12 Pacific-rim countries signing the agreement. On the other hand, there are concerns that the agreement might take away local jobs in some countries. In the United States, there are some concerns with the TPP impacting negatively on local economies. When Trump was campaigning for the presidential office, he made it clear that the TPP is a terrible deal, and that he would scrap it if elected as president of the country. Apart from Trump’s unfavorable opinion of the TPP, it seems some lawmakers in Congress are also against the deal. Some members in Congress have openly said that the deal will not be approved. According to The New York Times, the incoming Democratic leader, Senator Chuck Schumer of New York, recently told labor leaders that the pending TPP would not be approved by Congress. Senator Mitch McConnell, Republican of Kentucky and the majority leader, said flat-out, how the TPP will not be approved, when he was questioned by journalists on Congress’ position on the historic trade deal. Of course, the TPP isn’t the only issue that Trump’s against; the Transatlantic Trade and Investment Partnership (TTIP) between Europe and the United States is also on shaky grounds. Trump has also called for the re-negotiation of the North American Free Trade Agreement. This would explain some of why many European leaders and those elsewhere, preferred Clinton over Trump.

Especially for the TPP, hailed by its negotiators as the most sophisticated deal ever, and establishing the rules of commerce that would eventually rope both sides of the Pacific together into a 21st-century economy, would have cemented the United States’ alliance with Asia.

In this light, what are some of the good things lost to the United States, if Trump abandons the TPP. For those against the TPP, it will lead to wage stagnation and job losses in the United States. But what are the benefits? Firstly, the TPP would help American exporters by eliminating thousands of tariffs and other trade restrictions with other countries partnered in the TPP agreement. Let’s consider one example here. There is a bilateral agreement between Australia and Japan, which gives Australian beef exporters a price advantage over American producers, whose exports are subject to higher Japanese tariffs; those tariffs would ultimately be removed under the Pacific agreement.

“We are experiencing lost sales without TPP of about $400,000 a day as a result,” said Kevin Kester, a Californian cattle rancher and vice president of the National Cattlemen’s Beef Association. Reportedly, the TPP would have phased out some 18,000 tariffs that the other 11 countries have on imports from the United States, thus reducing their cost to foreign buyers. Beyond such typical trade actions, it would also have established a number of precedents for international trade rules dealing with digital commerce, intellectual property rights, human rights and environmental protection.

A number of countries had agreed to copyright protections, benefiting sectors like the film industry. The agreement would have assured an open internet among the 12 nations, including in Communist-run Vietnam, encouraging digital trade and serving as a contrast to China’s walls to internet traffic. It included commitments against wildlife trafficking. Vietnam, for example, is a major market for rhino horns and ivory, and is also against subsidies for them and others on activities that encourage overfishing.

For the first time in a trade agreement, state-owned businesses like those in Vietnam and Malaysia, would have had to comply with commercial trade rules and labor and environmental standards. The agreement would have committed all parties to the International Labor Organization’s principles prohibiting child labor, forced labor and excessive hours, and requiring collective bargaining, a minimum wage and safe workplaces.

Although China is not part of the TPP, the country’s growing influence in the Pacific is evident. Therefore, forsaking the agreement would undercut the United States’ standing in the fast-growing Asia-Pacific region as a reliable counterweight to an expansionary China. Another innovation in the TPP is provisions to help small businesses that lack the resources of big corporations; to navigate export rules, trade barriers and red tape. The United States will lose these benefits if Trump refuses to approve the deal.

Kevin G. Nealer, a scholar at the Center for Strategic and International Studies wrote recently after the election: “Popular understanding of the TPP is very low. With its abandonment, the risk to America’s role as trade policy leader and therefore to the global economy is real and immediate.”

Clearly, there are advantages and disadvantages with the TPP. The United States must make a decision that would ensure benefits for its citizens and the rest of the world. There should be a more open, constructive and in-depth debate on the TPP, rather than a deal shrouded in secrecy.

This article (This is what the United States Stands to Lose if it Abandons the Trans-Pacific Partnership) is a free and open source. You have permission to republish this article under a Creative Commons license with attribution to the author and AnonHQ.com.