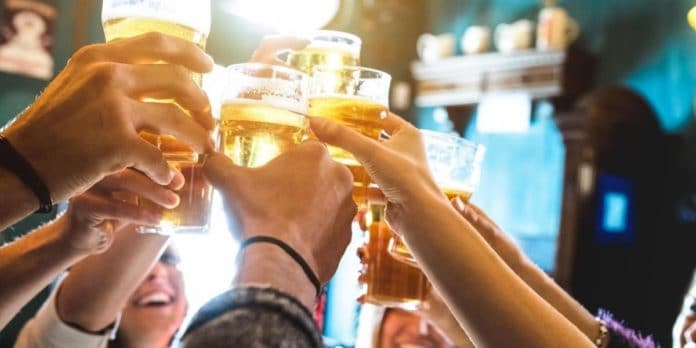 The University of Alabama is telling professors to keep quiet about a coronavirus outbreak afflicting the student body, the Atlanta Journal-Constitution reports, with more than 500 students already infected.

Faculty in multiple departments said they received emails this week telling them not to discuss the situation in classrooms and to keep students in the dark if they became aware of anyone contracting the virus, according to an exclusive report by The Daily Beast.

“Do not tell the rest of the class,” the email reads, with the word “not” underlined, the Beast reported.

Face masks and social distancing, the email states, would mitigate any exposure risk if infected students were actually in the classroom. The memo also warned faculty not to post anything about the matter on social media, claiming that would violate federal privacy laws, the Beast reported.

The state’s flagship school in Tuscaloosa reported 531 confirmed cases among students, faculty and staff since classes resumed last week, according to an online COVID-19 dashboard that was unveiled Monday.

Another 35 cases were reported throughout the greater UA System, which includes six cases at UAB Birmingham, eight cases at UAB Huntsville and 21 cases at UAB Clinical Enterprise — for a total of 566 positive tests since Aug. 19, according to data.

University officials called the high number of positive cases “unacceptable” and then appealed to Tuscaloosa Mayor Walt Maddox, who announced the city would close bars for the next two weeks.

Alabama Provost James Dalton sent an email Tuesday telling professors to refrain from informing students about positive cases because the university already had a “robust program” in place to inform and isolate exposed students, the Beast reported.

“If the established rules for masks and physical distancing are followed in the classroom, then the risk of transmission from the positive student is minimal, and it is not necessary to inform the rest of the class they may have been in the same room as a positive classmate,” the email states. “For privacy reasons, the instructor should not announce to the class that a student in the class tested positive, even anonymously.”

The unexpected mandate was unsettling for some staff.

“A lot of my colleagues and people I’ve talked to, they’re terrified,” said Michael Innis-Jimenez, an American studies professor who decided to teach remotely after losing confidence in the university’s reopening plan.

“Every statement at least for the last month has been about this plan, they’ve got this plan,” he said, according to the Beast. “It makes it feel like a lot of this is for show, especially when they don’t want you to confirm it’s not working.”

Coronavirus guidelines posted on the University of Alabama website state “for privacy reasons, the instructor should not announce to the class that a student in the class has tested positive, even anonymously.”

Associate VP for Communications Monica Watts told the Beast that a 30-second questionnaire provided by the UA Healthcheck system gives professors the ability to “verify that students are in compliance with all health and safety protocols.”

At a news conference earlier this week, the Tuscaloosa mayor suggested sending students home for the semester for remote learning.

“The truth is that fall in Tuscaloosa is in serious jeopardy,” Maddox said.

University officials said the rapid rise in cases was particular among fraternities and sororities. Late last week, the school banned student gatherings on and off campus for the next 14 days.

Common areas of dormitories and fraternity and sorority houses are also closed, according to the new guidelines.

Visitors are not allowed in dormitories and sorority and fraternity houses.

Students who violate the moratoriums could face suspension.

“Although our initial reentry test was encouraging, the rise in COVID cases that we’ve seen in recent days is unacceptable and if unchecked threatens our ability to complete the semester on campus,” University of Alabama President Stuart Bell said at Monday’s news briefing.

The University of Alabama tested 29,938 students returning to campus and found 310 positive cases among them, according to the website’s data.

“During that time, we encountered many students who have been exposed since returning to campus, particularly in the Greek system,” said Dr. Ricky Friend, dean of college of community health sciences, according to The Associated Press.

For now, UAB students accounted for little more than 1% of the total positive cases found, according to the data.

Colleges and universities elsewhere are also dealing with similar scenarios.

At Auburn University, 207 new positive cases of COVID-19 were reported between Aug. 15 and Aug. 21, including 202 students and five employees, according to the school’s Campus-Specific COVID-19 Data.

Although lower than the University of Alabama’s totals, Auburn’s numbers were still a dramatic increase from the 41 positive cases reported the week before. The university has had 545 total positive cases since March.

For the most part, students disregarded state mask mandates and packed the bars in downtown Auburn over the weekend, AL.com reported.

Alabama Gov. Kay Ivey praised the mayor and university officials for acting swiftly, according to the AP.

“They have made tough decisions, and I appreciate Mayor Walt Maddox and the University of Alabama leadership for tackling a serious problem as quickly as possible,” Ivey said.

In one of the biggest crackdowns on student gatherings, Ohio State University suspended more than 200 students last week for violations of the school’s coronavirus safety measures, and parties of 10 or more people on or off campus have been banned.