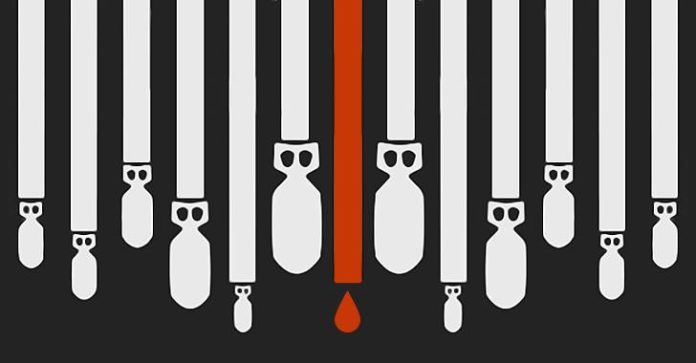 (ANTIWAR) Brig. Gen. Matthew Isler, the deputy commander for the air war in Iraq and Syria, today offered details on the ever-growing scope of the air campaign over the massive, densely populated Iraqi city of Mosul, saying the US is in its “most kinetic” phase so far of the war.

In raw numbers, that means the US and its coalition partners are dropping an average of 500 bombs on the city of Mosul every single week so far in March. That number is growing, too, with the largest week seeing just over 600 bombs dropped.

Air Force officials insist all of the bombs being dropped on Mosul are being dropped “in support” of the Iraqi military’s ongoing invasion of the city. This increase in bombings is also leading to a substantial increase in the number of civilian deaths from US airstrikes as well, with several hundred civilians killed this month.

Isler insisted every single one of the 8,700 bombs dropped around Mosul since the invasion began was individually approved by an Iraqi general or a Kurdish Peshmerga figure. It is worth noting that Iraq has paused its Mosul offensive in recent days specifically because of the growing death toll of the US strikes, saying they could no longer conduct operations in the densely populated Old City under the current strategy.