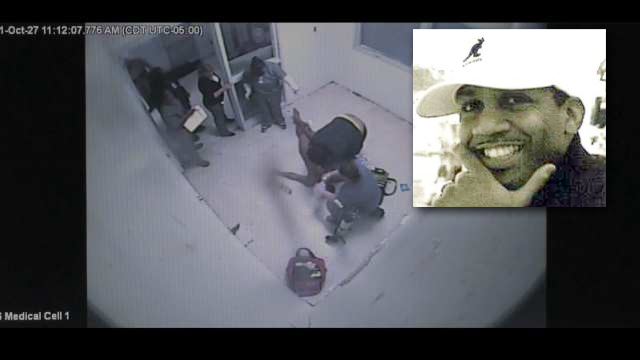 Once again, a federal jury found in favor of the complainant in a case of wanton wrongdoing on the part of law enforcement. Elliot Williams was left to die in his jail cell after suffering a broken neck and being refused medical care by the jail staff. The jury awarded the family of Williams an enormous sum of 10.2 million dollars. This lawsuit is only one of a dozen or more that have been filed against the Oklahoma jail. The common theme among all of the suits is the jail’s inability to provide constitutionally guaranteed care to their inmates. Williams is one of many mentally ill inmates across the country who have fallen through the cracks of the system and ended up behind bars, a place where none of them will get the help they need. In Williams’ case, he is diagnosed with bipolar disorder which was exacerbated by the break up with his wife. His family took him to a hotel to relax and clear his mind, when he suffered an extreme break and was violently arrested by police. After being taken to the jail, he continued to act in a psychotic manner and even barked like a dog. Within an hour of being tossed in a cell, Williams rammed his head against the door of the cell so hard it broke his neck.

For more than ten hours, the jail staff let him lie in agony, refusing to call for medical assistance. The next morning, according to the staff, they declared a medical emergency. Again, they did not call for medical help, and only told Williams to stop faking. Two jail guards picked Williams up and placed him on a stretcher. They then dumped him in the showers, where again, he hit his head. He again told staff he could not move, but again was hoisted onto a stretcher and dumped back into his cell. He laid on the ground in pain for three more days. He was considered a safety risk and had his food tossed onto the floor of his cell. His food and water were out of reach and no one stopped to feed or care for him.

On his sixth day in jail, he was found dead on the floor of his cell. He hadn’t even been charged with a crime, and wouldn’t be until after his death. In those six days, his family were not allowed to see him. The saddest part of Williams’ case was that the entire ordeal was captured on surveillance video. The video was shown to the jury, who had to find that the actions of the jailers went beyond their usual duties, and that they showed a blatant disregard for Williams’ safety and neglected him to the point of death. Besides the video, records showing that between 2007 and 2011, there were at least six other cases involving extreme neglect on the part of guards, showing a pattern of abuse. The verdict not only punished the taxpayers, who will have to flip the bill of over ten million dollars, but the former Sheriff in charge of the jail as well. Former Sheriff Stanley Glanz was ordered to personally pay $250,000 to the family for his role in the death and subsequent cover-up by his agency. And yes, there was a cover up. Once the death was discovered, the Sheriff and his employees hid behind lawyers and attempted to have the case tossed on the grounds of qualified immunity. No one was ever disciplined or fired for their role in Williams’ death, as the cover up went all the way to the district attorney’s office.

This article ($10 Million Settlement Awarded to Family of Paralyzed Vet Allowed to Die in Jail Cell) is a free and open source. You have permission to republish this article under a Creative Commons license with attribution to the author and AnonHQ.com.