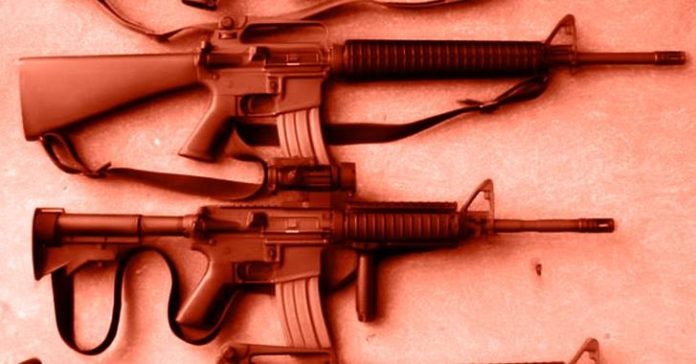 (ANTIWAR) The US State Department has announced their intention to transfer over 6,000 guns to the Afghan National Army, worth roughly $60 million, as proof of their “commitment to Afghanistan’s security,” and based on an “urgent need” for the Afghans to launch new offensives against insurgents.

The deal is being couched in the same “national security” terms as other US weapons sales to foreign powers, and the State Department has insisted that for official purposes, this weapons transfer will be treated as a “sale,” even though the Afghans won’t actually be paying for them.

Rather, the $60 million to “buy” the weapons will be coming directly out of US government grants created specifically for the purposes of getting the weapons into the hands of the Afghan military. The vast majority of the weapons are M16 assault rifles.

It is worth noting that this official transfer presents each weapon as costing $10,000 on average, even though estimates on what the US military normally pays for them suggest they are far less expensive. This overcharging likely doesn’t matter to the Afghans because they aren’t paying either way, but tens of millions of dollars in this deal are in excess to the actual cost of the arms, and it is unclear why.

This article (US Giving Afghan Army $60 Million Worth of Guns) by Jason Ditz, originally appeared on AntiWar.com and was used with permission. Anti-Media Radio airs weeknights at 11pm Eastern/8pm Pacific. If you spot a typo, email [email protected].