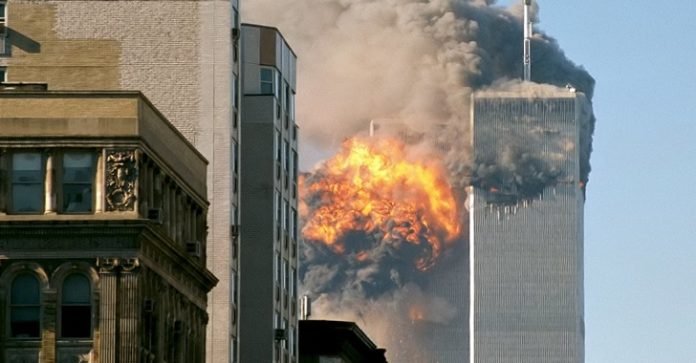 In a rare show of bipartisanship, President Obama and top Republicans in Congress have come together to shield Americans from knowing the truth about who was behind the 9/11 terror attacks, which took the lives of 2996 people in 2001. However strange it is for neoconservative members of Congress to agree with Obama on anything, there is no doubt the issue must be serious if it warrants this level of partnership.

The issue at hand is the classified, 28-page section of the 9/11 commission report, which many experts and politicians with knowledge of the documents have said point to Saudi Arabian government officials’ direct role in the terror attacks. This is why the Saudis put out a stern warning several days ago threatening to dump up to $750 billion in U.S. assets if Senate Bill 2040 becomes law; S.B. 2040 would make public the 28 pages and also allow for victims of 9/11 to sue foreign governments found responsible.

The Saudis’ warning seems to have worked, with Obama now in the nation to “mend ties” with the monarchy and top Republicans sounding the alarm about the 9/11 bill. In an interview with Charlie Rose, President Obama claimed:

Currently, Saudi Arabia enjoys “sovereign immunity” with the U.S., meaning even if the 28 pages proved Saudi officials were indeed behind the 9/11 attacks, Americans would not be able to seek justice for their losses. The new 9/11 bill would change that, and the Saudi response to the legislation moving through Congress reinforces suspicions the kingdom is somehow behind the 9/11 attacks.

The video below further explains why both Saudi Arabia and members of the U.S. government don’t want the 9/11 bill to pass:


This article (Why US Govt. And Saudi Arabia Don’t Want Americans Knowing the Truth About 9/11) is free and open source. You have permission to republish this article under a Creative Commons license with attribution to theAntiMedia.org. Anti-Media Radio airs weeknights at 11pm Eastern/8pm Pacific. Image credit: Robert J. Fisch. If you spot a typo, email [email protected].