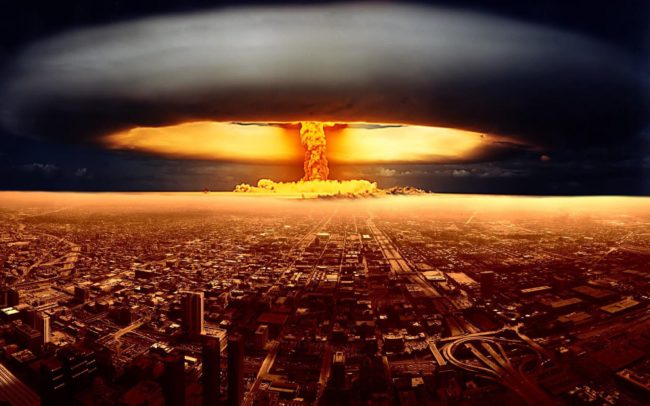 In case you weren’t aware, nuclear proliferation has not ended. In fact, as of August 1, 2016, the United States has just announced a new 4 year, 355 billion dollar investment to update, upgrade and ultimately expands it nuclear program.

The concept behind why this is happening is rather simple, nuclear weapons do have a shelf life and the nuclear weapons first produced following the conclusion of WWII are reaching theirs. Perhaps more importantly, when these weapons were first developed they were big, bulky and heavy. With the advancement of modern technology, more specifically the advancement of military jets, many of these older bombs are so large they can no longer fit on board modern jets.

To kill two birds with one stone and solve these problems, the Pentagon and President Obama have embarked on a new initiative to make smaller, more convenient nuclear bombs. The idea is to take the large, old and dated outdated nuclear bombs, break them down and re-purpose them in to more, but smaller nuclear bombs – basically taking one large bomb and breaking it down into several smaller bombs.

The program has officially passed the research and development phase and has now entered into full scale production. The Department of Energy’s National Nuclear Security Administration has dubbed the initiative the “B61-12 warhead life extension program (LEP)” and has announced that “the first production unit (FPU) of this weapon is planned for Fiscal Year 2020, followed by full-scale production.” In simple terms, small scale nuclear bombs will be ready for flight and equipped on active duty military jets in less than 4 years time.

It is no secret that tensions around the world are rising for several different reasons, but one of the off most concerning consequences of all this is the newly revived talk of “nuclear deterrents” which has exploded in recent weeks. On July 18th, Theresa May, newly crowned Prime Minister of Britain, said in from of parliament that she has no problem unleashing a nuclear strike she knew could kill 100,000 innocent civilians – stressing the importance of “maintaining a nuclear deterrent“.

A week after this on July 24th, President Vladimir Putin sat in front of an envoy of reporters specifically to address the problem of nuclear proliferation. In summary, he spoke about how nuclear proliferation in the Cold War era succeeded in easing tensions worldwide because the deterrent of a nuclear strike, from all sides, ensured no one actually ended up going to War with one another. He then went on to talk about how, knowing the US and Russia already have enough nuclear weapons to destroy the world 10x over, it is irresponsible of countries – particularly the US – to continue to develop and advance nuclear weaponry.

A week after this on August 1st, weeks after two world leaders directly addressed the use of nuclear deterrents in the Media, US Secretary of Defense Ernest Moniz added to the rhetoric. Speaking on behalf of the Pentagons new nuclear life expectancy program, he said the program was developed in order to “directly support President Obama’s directive to maintain a safe, secure, and effective nuclear deterrent.” Later adding that “Once completed, the B61-12 LEP will allow for the retirement of the B83-1—the last megaton-class weapon in America’s nuclear arsenal—while supporting the nation’s continued commitment to our national security and that of our allies and partners.”

Not surprisingly, following the US press release on the matter, Russia has a lot to say. Vladimir Putin press secretary Viktor Ozerov told Russia Today that Russia’s “experts need to give their opinion about this” adding that “no doubt, our nuclear weapons specialists will carefully study the level of threat and will take measures to minimize it.” In the mean time, President Putin warns that the development of small scale nuclear bombs, with limited blasts radius’s, will only make it more likely for that weapon to be used.

Rob van Riet, the coordinator for disarmament program at the World Future Council Foundation said in an interview with Sputnik News that the US’s latest announcement is “harmful to nuclear security” and “sends the wrong signal.” Adding that “The decision to extend the life span of [or] modernize the system is an unnecessary one that comes at a sizeable price tag and does the opposite of advancing nuclear security and disarmament.”

This article (US Military Investing $355 Billion To Create Newer, Smaller Nuclear Bombs) is a free and open source. You have permission to republish this article using a creative commons license with attribution to the author and AnonHQ. Join the conversations at www.anonboards.com.