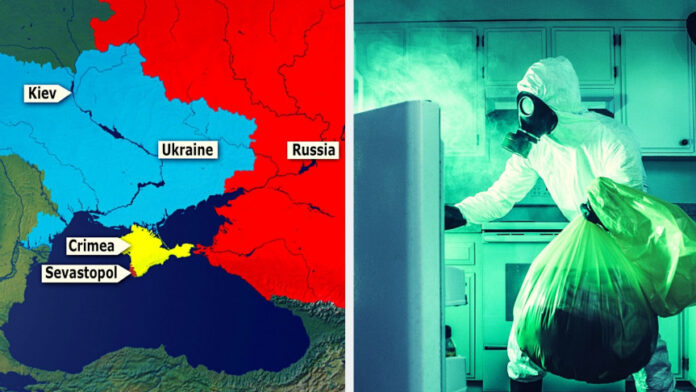 Recently, the Russian Defence Ministry had stated that they had found evidence of US-funded Biolabs in Ukraine which had urgently destroyed samples of deadly pathogens when the ‘military operation’ started.

On Tuesday, the US government’s Undersecretary of State for Political Affairs Victoria Nuland testified before a Senate Foreign Relation Committee hearing on Ukraine in Washington, DC, and said that the United States was working with Ukraine to prevent invading Russian forces from seizing biological research material. The State Department also stated that it was concerned that Russian forces are trying to gain control of biological research facilities within Ukraine. The committee was set to examine Russia’s invasion of Ukraine and the worldwide response.

At the hearing, State Department official Victoria Nuland was asked whether Ukraine has bioweapons. “Ukraine has biological research facilities, which in fact we are now quite concerned Russian troops, Russian forces, may be seeking to gain control of”, she stated to the US lawmakers on March 8. “We are working with the Ukrainians on how they can prevent any of those research materials from falling into the hands of Russian forces should they approach”, she added.

Ukraine has "biological research facilities," says Undersecretary of State Victoria Nuland, when asked by Sen Rubio if Ukraine has biological or chemical weapons, and says she's worried Russia may get them. But she says she's 100% sure if there's a biological attack, it's Russia. pic.twitter.com/uo3dHDMfAS

Following the response, US Senator Marco Rubio quickly added that there were ‘Russian propaganda’ reports claiming the discovery of a plot by Ukrainians to release biological weapons, with coordination from NATO. He further asked that if a biological or chemical weapon attack were to occur inside Ukraine, whether Russians would be behind it, to which Nuland affirmed saying, “There is no doubt in my mind, Senator.” She said that it is the classic Russian technique to blame the other guy for what they are planning to do themselves.

Really good cleanup by Rubio: interrupting Nuland's bizarre confession, which he did not expect, and immediately directing her to say that if there's a biological attack, it must be Russia.

Why is she so concerned Russia would seize such a benign "biological research facility"?

However, by saying that Russia will be responsible for a ‘biological or chemical weapon attack’ taking place, the Nuland has in a way admitted what the Russian government has been saying all along, that US-funded Biolabs are working on developing bioweapons on Ukrainian soil.

The US government’s embassy in Ukraine had stated that they fund research programs in Ukraine that work on ‘world’s most dangerous pathogens’. Recently, the Russian Defence Ministry had stated that they had found evidence of US-funded Biolabs in Ukraine which had urgently destroyed samples of deadly pathogens when the ‘military operation’ started.

This is two days after Russia claimed that Ukraine was close to building a plutonium-based dirty bomb nuclear weapon. On March 6, Moscow’s foreign ministry had tweeted that Russian forces found evidence that Kyiv was eradicating traces of the military-biological program in Ukraine, financed by the Pentagon.

The war between Russia and Ukraine broke out on February 24 when Russia began a full-scale invasion of Ukraine through neighboring countries. In a very recent update, Russia has opened humanitarian corridors for the Ukrainian civilians to leave the besieged areas. According to the United Nations, the number of people leaving Ukraine has reached 2 million, and this is the fastest exodus Europe has seen since World War II.