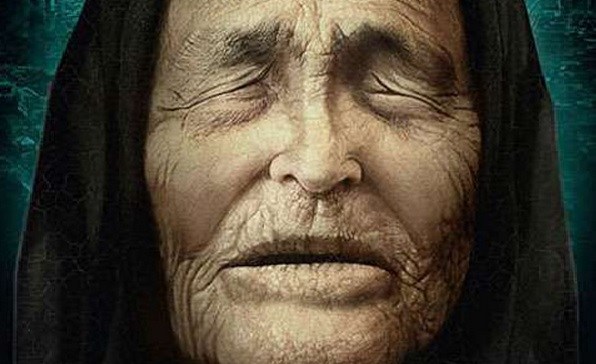 Are you one to believe in Nostradamus’ predictions? If you are, you may have heard another name, more recently from 20th century Bulgaria, by the name of Baba Vanga (Vangelia) Pandeva.

Vanga has been said to have made many predictions, with a reported 63 to 85 percent accuracy depending on where you research. Depending on what you read and who you listen to, however, some predictions were never made in the first place, with Vanga reluctant to talk about future events that impacted heavily on humanity. Her fear, her family says, was that it would encourage the already chaotic world into more turmoil.

However, some predictions made by Vanga prior to her 1996 death are too interesting (or concerning) to be ignored.

Vanga, as a young girl, succumbed to blindness after a traumatic accident. The accident involved the then 12-year-old found in a field with dirt and sand in her eyes. In extreme pain, she was unable to open them. Her poverty stricken family afforded the head wounds to be treated, but Vanga would eventually become blind. The incident, however, cannot be verified through weather reports; suggestions of a freak tornado (more likely a severe storm) picked the young girl up and threw her into a nearby field. Born in 1911, and dying in 1996 from breast cancer, Vanga was not only paid visits by powerful politicians, she also suffered for her predictions. Much like Nostradamus in his time, a potential Seer can offer threat as much as comfort to those around her. Eventually, in 1952, after predicting Stalin’s death, she found herself arrested and placed in prison for a short duration. Stalin later died of an aneurysm (stroke) in 1953.

Vanga was defended by high-ranking officials, and at one point was employed in a “non-existent position” as a “state official,” but it didn’t curb the Bulgarian Secret Service’s belief that she was an agent of the West.

Vanga had predicted the beginning of World War Two and the death of King Boris III, who personally had visited her. He died on August 28 as she had predicted. The red flag flying above his palace that she had warned him of, turned out to be the red flag above Sofia when Bulgaria became a socialist country in 1944.

Vanga also predicted the fall of the Twin Towers in the 9/11 attacks in 1989. Reports made suggest she said:

“Horror, horror! The American brethren will fall after being attacked by the steel birds. The wolves will be howling in a bush, and innocent blood will be gushing.”

She’s reported to have predicted the 2004 tsunami and the rise of ISIS, and the 2010 Arab Spring as well.

But what makes this prophet more startling is her supposed prediction of a “2016 invasion by Muslim extremists,” where she told how it would be played out in Syria and eventually in Europe. According to multiple reports, Vanga spoke about a “great Muslim war” several times.

In 1979, Vanga also predicted a mighty Russia rising under a man named Vladimir, and that it would have its turn at becoming a superpower.

“All will thaw, as if ice, only one remain untouched – Vladimir’s glory, glory of Russia. Too much it is brought in a victim. Nobody can stop Russia. All will be removed by her from the way and not only will be kept, but also becomes the lord of the world.” (*Footnote – AnonHQ Media Faction have verified original content to Russian origins – make of it what you will)

Just like Nostradamus, there is a touch of the ‘unreal’ element to predicting the future. However, the uncanny nature to which this woman was able to predict events that occurred after her death needs to be heeded, even if just for one moment. Keep in mind, though, her family have stated she never made claims for a World War III.

If Vanga’s predictions were to be true, 2016 is a pivotal year for humanity and the spiraling future events that she has predicted:

2025: Europe’s population will be decimated, reaching almost zero as a result of the wars

2028: Space travel to Venus in an attempt to find other energy sources.

2033: The melting of the poles will cause water levels to rise

2043: Europe as an established caliphate under Islamic rule

2066: A new climate change weapon to be used by America in a bid to retake Rome – the caliphate’s designated new capital.

But there is hope. Vanga also predicted that in 3797 the Earth will die, but that mankind is advanced enough to find a new home.

This article (Vanga died in 1996 but predicted ISIS, 9/11, the Arab Spring, Obama…a 2016 “Muslim War” and Russian “Superpower”) is a free and open source. You have permission to republish this article under a Creative Commons license with attribution to the author AnonWatcher and AnonHQ.com.