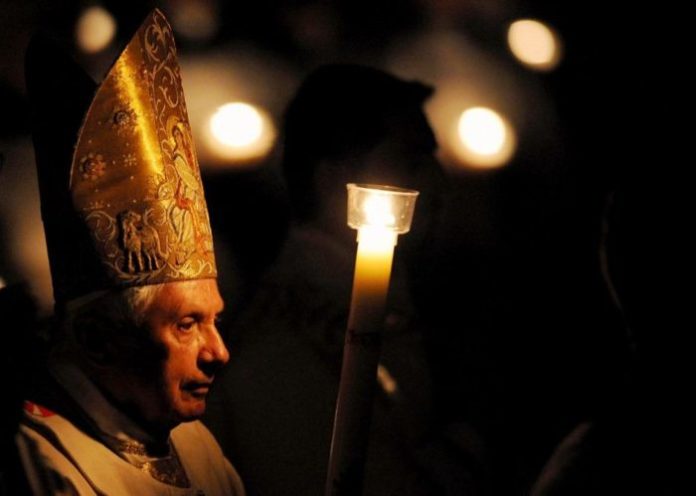 High priests of the Roman Catholic Church sexually misbehaving is not a new thing. It has been a long tradition in the church that successive Popes have tried to fight, but to no avail.

In Italy, where the Vatican is located, new damning sexual allegations have hit the church. The allegations appear to be widespread to the extent that Pope Francis has intervened for disciplinary measures to be taken against those found guilty. It is said an anonymous person in Santa Maria disclosed to authorities what D’Orlando had been doing. When he was questioned, initially he denied the claims. He however admitted after overwhelming evidence was presented against him. Although he has been suspended, D’Orlando is also facing a formal inquiry that will be conducted by local church officials. In December 2016, three women approached church officials to reveal the dirty secrets of Contin. One woman who claimed to have been Contin’s lover for more than three years, told officials that the priest used sex toys and bondage equipment for sex parties with many women. She said Contin sometimes also invited other priests and prostitutes to join the sex parties. Officials are also investigating the priests that Contin is alleged to have been inviting to his sex parties.

The presiding Bishop in the area, Claudio Cipolla was on a visit to South America when the women made the allegations. He cut short his visit to return to Padua to deal with the scandal. Contin has since been suspended. “I am incredulous and pained by the accusations. This is unacceptable behavior for a priest, a Christian and even for a man. Even if, at the end of this affair, there are no legal consequences, we have a duty by canon law to take disciplinary action,” Bishop Cipolla said during a news conference to address the scandal.

Bishop Cipolla revealed Pope Francis had called him personally to express his shock at the level of the scandal, urging him to remain strong. He added that the church is determined to remove all bad priests from their positions.

Since Pope Francis took over the leadership of the Vatican he has appeared tough on the ethical behavior of priests in the church. He has, on many occasions, reminded priests of their weaknesses and flaws, reminding them of the need to constantly seek faith in God.

In 2014, similar sex scandals involving priests emerged in the Italian diocese of Albenga-Imperia in the northern region of Liguria. It was said then that many priests in the area had posted nude photos of themselves on gay websites. They were also accused of having sexually harassed minors and stealing church funds. Pope Francis sent a special envoy to investigate the scandal. After the investigation, in 2016, Pope Francis replaced the leader of the diocese in the area, Bishop Mario Oliver. Due to the rampant nature of sexual allegations against priests of the Catholic church, Alberto Melloni, professor of church history at the University of Modena and Reggio Emilia said these current scandals are not surprising. He said no matter how tough the church is on priests, they will continue to engage in these scandals.

“There is no sin that a cleric doesn’t commit. Scandals to me seem quite normal. And I think the illusion of stopping scandals through better selection of personnel is not very promising and has not yielded great results,” he said.