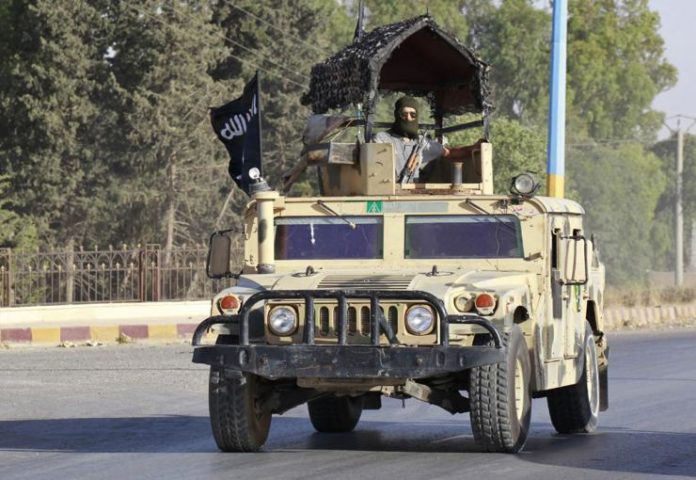 While accusations are abound that Russia is helping ISIS by… bombing them, time and time again we hear proven cases of the US harming ISIS by… supplying them.

From lost airdrops, to hundreds of captured tanks and vehicles to spending 500 million bucks “training” rebels who end up joining them or Al Qaeda taking American arms and expertise with them… there are many examples of the US “accidentally” helping ISIS. The latest example, however, might just prove that the US really does supply ISIS on purpose:

The video allegedly depicts an Iraqi soldier showing the camera several parachutes, apparently American. Allegedly, these parachutes were found in the Baiji oil refinery which was under ISIS control, which would show that Americans were directly supplying ISIS via airdrops- far too many are seen to have been “accidental”. However, the authenticity of the video cannot be confirmed, any insignia on these parachutes, had there been one, was never shown to the camera (though I suspect that the US military would be pretty stupid if they attached any identifying insignia on airdrops meant for ISIS) and the location of the video cannot be verified.

Nonetheless, if true, finding a large number of airdrop parachutes in an ISIS camp is pretty incriminating- other than the US, nobody else airdrops stuff to the “moderates” or indeed anyone else in that area.

This Article (Video Allegedly Shows That The US Supplies ISIS) is free and open source. You have permission to republish this article under a Creative Commons license with attribution to the author(CoNN) and AnonHQ.com.