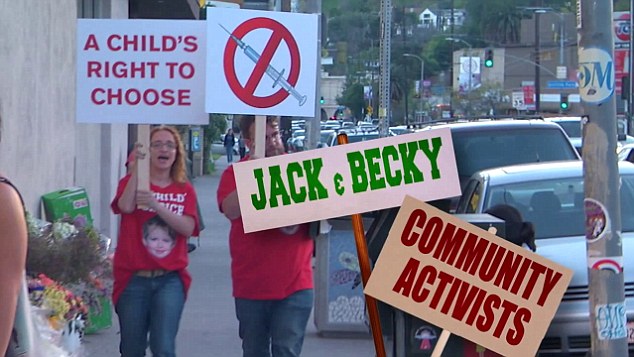 When funnyman Jimmy Kimmel gave a few words of wisdom to parents about vaccinating their children last week, Twitter went into frenzy. He received hundreds of angry tweets – some calling him names, others wanting him to apologise and quit, while some went on to accuse him of being paid by pharmaceutical companies. Check out some of the infuriated tweets below:

Jimmy Kimmel (and TV news anchors) personally know as much about vaccine science as an ant knows about spaceship navigation.

@jimmykimmel you’re an idiot, there is just as many doctors that are against vaccines.

I will never watch ABC \Disney again until Jimmy Kimmel is off the air. Vaccinations r not 1size fits all. They do cause autism! #CDCfraud — Melissa French (@Missyfrench3) March 3, 2015

As expected, despite the entire wrath, Jimmy stood his ground: Some of these people are demanding that I apologize, which I of course will not do. A lot of these groups are insisting that I present both sides of the argument, and I’m not gonna do that either well, for the same reason that I wouldn’t present both sides if a group of people decided that pancakes make you gay – they don’t and there’s no point in discussing it. But what DID he say last week? Jimmy released a video promoting the values of vaccinations; he invited some real doctors to do a public service announcement urging parents to vaccinate their kids. Here’s the controversial video:

According to the Centers for Disease Control and Prevention, a total of 154 people from 17 states and Washington DC contracted measles between January 1 and February 20, 2015 following an outbreak at Disneyland in California. Kimmel pointed out that around 20 percent of students in the same state where the outbreak began are not vaccinated because “parent’s here are more scared of gluten then they are of smallpox”. Soon after the video went live, he started receiving nasty tweets from members of the anti-vaccination community. The comedian then responded to his critics with another video, showing mock activists who promoted A Child’s Right to Choose whether or not they got vaccinations.

It is hard to continue to wage one-man war on anti-vaccination movement, mock anti-vaxxers, and yet remain poised. After his second video though, he got more support than hatred on Twitter.

Kudos to Jimmy Kimmel for taking on anti-vaccination parents : http://t.co/9rvsCTtwWg

Fav line “remember when you got polio? No you don’t bcause u were f’ng vaccinated” Jimmy Kimmel vaccines http://t.co/TMUIhq43qa via @Salon

The ignorance of some americans is impressive; kudos to @JimmyKimmel who won’t back down about vaccines http://t.co/GfZ2xckPuM

@AgeofAutism @jimmykimmel Jimmy and I believe vaccines are safe. Vaccinate your damn kids! You owe it to society!