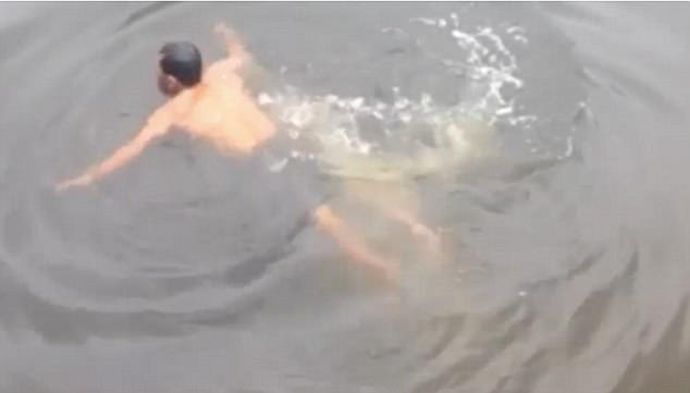 A man who claimed he had supernatural control over crocodiles was dragged beneath the waters and killed by one of the reptiles despite his ‘powers’.

The man, named Suprianto, was attempting to use his ‘powers’ to locate the body of a teenager, called Arjuna, who was attacked the previous day.

The distressing video below shows people watching Suprianto perform a ritual underwater and making his way further out into the water as he was convinced he was immune from the crocodiles.

Moments later, people were shocked to see him being attacked and being dragged under while swimming. The incident took place in the Eastern part of Indonesian Islands, Kalimantan.

Police recovered both bodies with Kutai Kartanegara police chief Fadillah Zulkarnaen saying Suprianto was found floating at 9.40pm. ‘I think he was dragged by a croc under the water and then ran out of oxygen. From the pictures I’ve seen, his body is still intact, his arms and legs are still there.’ Arjuna’s corpse was also intact.