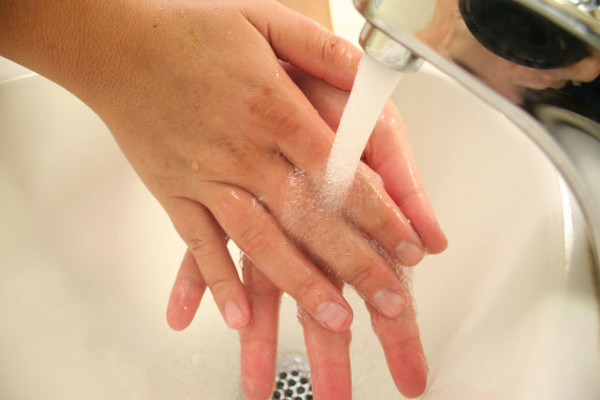 Some researchers in the United States have told ARS that antibacterial soaps on the market sold to consumers, have devastating effects on the human body.

The scientists claimed that common antibacterial compounds found in those soaps, namely triclosan and triclocarban, increase the risk of infections, alter the gut microbiome, and spur bacteria to become resistant to antibiotics.

It is said that the health benefits of these soaps are almost nothing to write home about. Washing your hands with hot water is far better than using these soaps, they say.

A Researcher at Marquette University in Milwaukee, Patrick McNamara, was quoted as saying “There’s evidence that there is no improvement with using soaps that have these chemicals relative to washing your hands under warm water for 30 seconds with soaps without these chemicals.” The United States Food and Drug Administration (FDA) said some years back, that triclosan and other antimicrobials were safe for humans to use. But currently, the FDA is revising its notes on the pronouncement.

Reports have noted that the FDA has asked antibacterial soap makers to send in data, showing that their soaps beat out regular soaps at keeping people germ-free and healthy. Observers have raised concerns that the soap companies can send fake data to the FDA, and that the FDA should conduct its own independent investigation.

As the FDA is proving to be a lazy institution, with the public losing confidence in it, serious researchers in the meantime are digging up more and more dirt on the chemicals used in the soaps, particularly the triclosan chemical.

Triclosan is not just used in hand soaps. It is also widely used in body washes, shampoos, toothpastes, cosmetics, household cleaners and medical equipment. The chemical therefore enters the human body through ingestion. It is commonly found in people’s urine, blood, breast milk and even their snot.

In 2014, a study led by microbiologist Blaise Boles of the University of Michigan, Ann Arbor, tested 90 adults and found that 41 percent (37 people) had triclosan-laced boogers. It is said antimicrobial-snot doubles the risk of the infectious Staphylococcus aureus bacteria in the human nose.

Dr Boles and his team, found that triclosan exposure in rats made it more difficult for the rodents to fend off Staphylococcus invasions. The team said Triclosan seems to make the bacteria “stickier,” better able to adhere to proteins and surfaces. That stickiness could be why Staphylococcus is so good at hunkering down in the schnoz, setting the stage for future infections. Another Microbiologist, Thomas Sharpton of Oregon State University, and his colleagues, are also currently studying triclosan’s effect on the gut microbiomes of zebrafish, a model organism for vertebrate development. Their preliminary data suggests that the antimicrobial causes swift sweeping changes in the zebrafish gut microbiome, altering both diversity and community structure.

A recent study presented at the Endocrine Society’s 98th annual meeting in Boston also revealed that mother rats exposed to triclocarban, an antimicrobial used most frequently in bar soaps, passed on the chemical to their pups. The study was led by public health researcher, Rebekah Kennedy of the University of Tennessee, Knoxville. The research team also found that the chemical altered the microbiomes of both the mothers and the babies.

ARS quoted Dr Kennedy as saying “Our research adds to the growing body of scientific literature suggesting unintended health consequences related to non-prescription antimicrobial use and will allow pregnant and nursing mothers to make informed decisions regarding use of these antimicrobial products.”

There are other studies also pointing to the harmful effects of these chemicals in soaps. Due to the lackadaisical attitude of the FDA, researchers are urging the public to be careful with these chemicals. Researchers recommend that people use regular soap, or ethanol-based sanitizers, which will not expose them to the dangers of the antibacterial soaps.

This article (Warning: Growing Studies Suggest Antibacterial Soaps are Doing More Harm than Good) is a free and open source. You have permission to republish this article under a Creative Commons license with attribution to the author and AnonHQ.com.