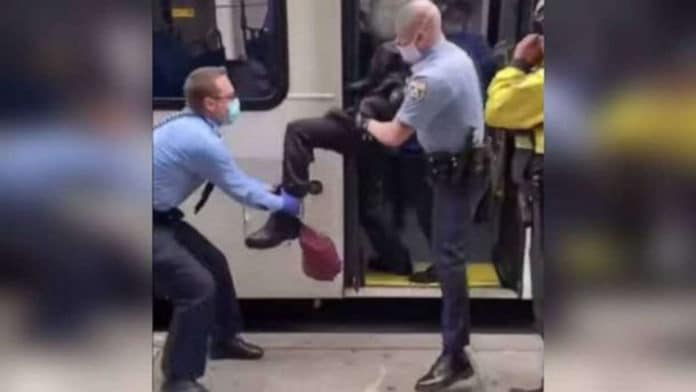 A video clip shows a man being dragged off a bus by police in Philadelphia because he was not wearing a face mask to protect against coronavirus.

At least four officers are seen attempting to remove the man from the bus as he resists and is dragged onto the platform. One of the officers appears to verbally threaten to tase the man.

The man drops his phone before picking it up and recording the officers while demanding, “I want all your f**king badge numbers too.”

This is a video out of Philadelphia.

These police are throwing this man off of a SEPTA bus because he refused to wear a mask.

That is the “crime” that he committed.

The United States of America: 2020. pic.twitter.com/KXr5SGBx6K

“They just kicked me off the f**king bus,” the man tells someone on the other end of the phone as the officers walk away.

The rule on wearing a face mask was brought in after at least 16 SEPTA employees working at different sites tested positive for coronavirus and three died.

Police are also checking if riders are making essential journeys.

“We are going to enforce. Not only can an operator of a vehicle refuse a rider who doesn’t have a mask on, we will also have members of our transit police making sure,” general manager Leslie Richards told CBS 3.

Under Philadelphia Mayor Jim Kenney’s “stay at home” order, citizens can only leave their homes for “life-sustaining activities,” including buying food, medical supplies and exercising alone.

Police can issue on the spot fines of $100 dollars to those who flout the rules. 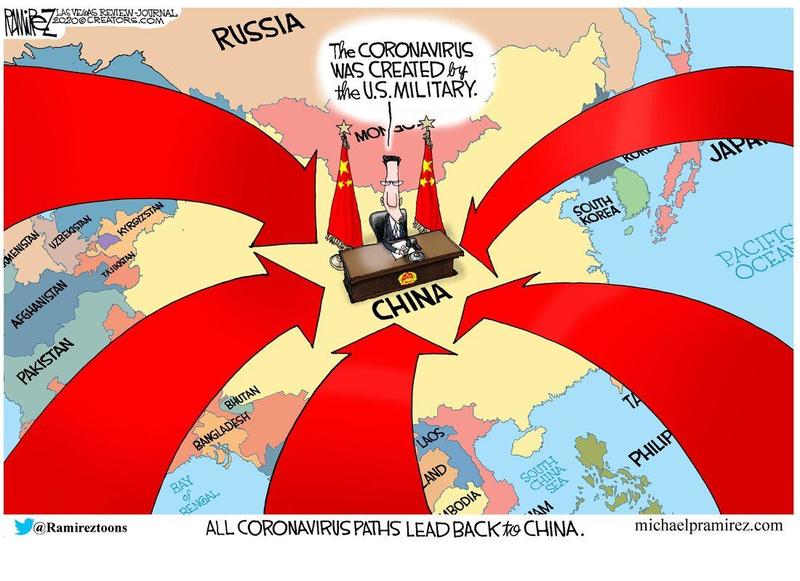 From perfectly-natural Chinese bat-soup to American bio-engineered depopulation bombs, the origins of COVID-19 (Kung Flu, the Chinese Virus, CCPandemic, or whatever name is no politically-correct) remain a riddle, wrapped in a propagandized mystery, inside an increasingly opaque enigma of facts and fallacies.

However, one thing seems clear, as The Epoch Times specifically noted, the rumors aren’t by accident and are a one-way street from Chinese officials mouths to western media’s ears: The CCP has been actively engaging in a disinformation campaign, and media outlets around the world have parroted the propaganda. As a result, entire nations have been operating under false information as they try to battle the pandemic within their borders.