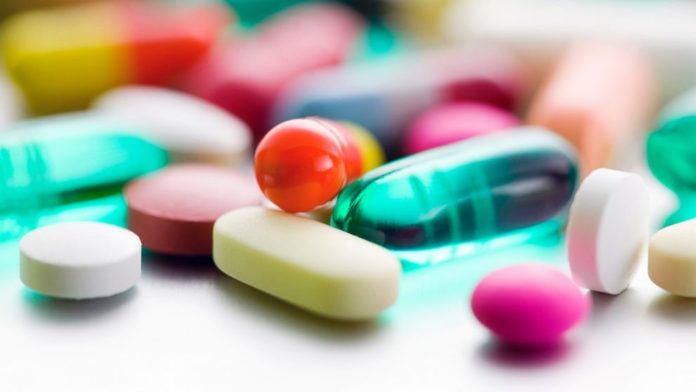 “Dietary” supplements labeled to contain a plant called Acacia rigidula actually contained a speed-like compound called BMPEA instead. This has led Vitamin Shoppe to pull products that contain Acacia rigidula off their shelves. Well, that’s one way to make sure your “customers” get an “energy boost” from your “product”. They aren’t kidding when they say you’ll get “hooked” on it. Customers for life, what more does a “drug company” want??

“If these findings are confirmed by the FDA, these products should not be sold as dietary supplements,” Vitamin Shoppe said in a press release Wednesday.

BMPEA is a stimulant that was originally synthesized in the 1930s as a replacement for amphetamines; they are part of the same drug family as speed and crystal meth. Harvard Medical School professor Dr. Pieter Cohen told ABC News that BMPEA is not a regulated drug, has never been studied in humans, and is not derived from the Acacia rigidula plant.

He had long reached the same conclusion as the FDA in its 2013 report, and published his own study this week in the medical journal Drug Testing and Analysis.

Dr. Cohen and his team wrote that they tested 21 supplement brands stating that they contain Acacia rigidula on the label. These drugs claimed to help with weight loss, athletic performance and cognitive function. They found that 11 of them contained BMPEA, instead.

“There’s an unbelievably potent stimulant, a close relative, a brother of amphetamines — that’s found in multiple different brands of supplements,” Cohen, an internist at Cambridge Health Alliance, told ABC News. “But much more alarming than this is that even though the FDA has known about this for the last 2 years, they have done absolutely nothing to remove these supplements from the market.”

According to the study, the Food and Drug Administration has known about BMPEA mislabeling since 2012, finding that 42 percent of 21 supplements claiming to contain Acacia rigidula contained BMPEA instead. They did not disclose which brands they had chosen to study.

“While the European Food Standards Agency has cautioned against the consumption of Acacia rigidula products, the FDA has been silent,” the researchers wrote. The FDA released the following statement in response to the study.

“The FDA’s first priority with regard to dietary supplements is ensuring safety. As part of our overall work on detecting and removing adulterated supplements from the market, and ensuring that products are labelled in a manner that is truthful and not misleading, the FDA published research on the occurrence of BMPEA in Acacia rigidula supplements in 2013. While our review of the available information on products containing BMPEA does not identify a specific safety concern at this time, the FDA will consider taking regulatory action, as appropriate, to protect consumers.”

In other cases of supplement fraud, the attorney general’s office said it has found that 79 percent of the products that claimed that they had herbs either had none of the plant DNA listed or were contaminated with unlisted ingredients.

Dietary supplements are not subject to the same safety and efficacy testing as drugs; instead, a 1994 law called the Dietary Supplement Health and Education Act has made supplement manufacturers solely responsible for safety and proper labeling, instead of the FDA. “The bar is incredibly low,” Cohen said. “It’s practically right on the floor.” Yup, together with that OD’d hobo over there, with his bottle of weight-loss pills. I, on the other hand, get my vitamins from where any sane person does: bacon.