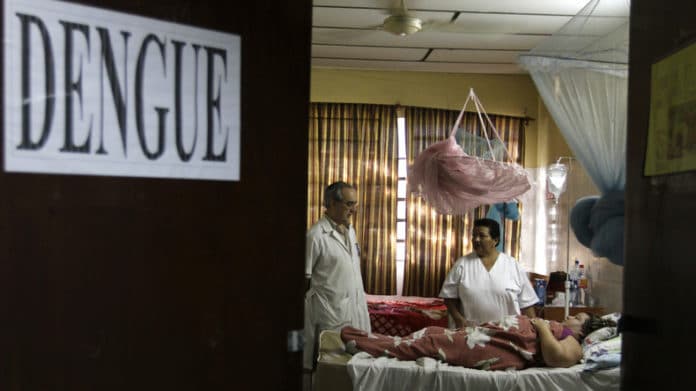 Latin America is currently suffering from a historic-scale dengue epidemic. Even countries that are hardly affected otherwise show a massive increase in infected people. But resources and measures go above all in the fight against the previously hardly widespread corona virus.

According to the Pan-American Health Organization (OPS), 1.4 million Latin Americans have been infected with the dengue virus in the last 13 months alone. The number of deaths confirmed so far is over 1,500. However, doctors assume a significantly higher number of unreported cases.

In comparison, the numbers of the spread of the corona virus as of March 16: The over 1,500 deaths from the dengue virus have so far been offset by two corona deaths (both in Argentina) in Latin America. The ratio is even more striking when it comes to the number of people infected: 3.2 million to 210.

The number of people infected and the number of deaths caused by the dengue virus is significantly higher than in the case of the corona virus. In the first two months of the year alone, 125,000 newly infected people were registered. If a dengue infection is left untreated, the mortality rate is up to 20 percent. For the first time, all countries in Latin America are affected by this virus without exception.

Paraguay in particular, but also Panama, Bolivia, Uruguay and Argentina, have seen an alarming increase in new infections in recent weeks. However, the countries with the highest infection rates per inhabitant are in Central America. According to the OPS, there are approximately 2,271 cases per 100,000 inhabitants in Nicaragua, 1,021 in Belize, 995 in Honduras and 375 in El Salvador.

The worst hit so far has been Paraguay. The health emergency was declared there at the end of February. In the meantime, with a total population of seven million inhabitants, the confirmed infections have risen to over 20,000. According to the specialist portal for Latin America America21, there are even up to 164,000 cases, since a large number of those affected show corresponding symptoms, but it has not yet been possible to test them due to the lack of medical infrastructure. 47 dengue deaths from Paraguay were reported this year alone.

According to the Ministry of Health in Honduras, 77.8 percent of dengue deaths are children under the age of 15. So far, there have been more than 9,500 confirmed infections in the Central American country.

The country with the most dengue in Latin America is Brazil with over 2.2 million infected. However, this must be compared to the country’s above-average population size.

However, despite these blatant numbers of infected and fatalities in the wake of the historically unique dengue epidemic, almost all resources and measures in the countries concerned are currently aimed at preventing the spread of the corona virus, which has so far hardly been present in Latin America. Given the limited resources, this is demonstrably at the expense of containing the dengue epidemic.