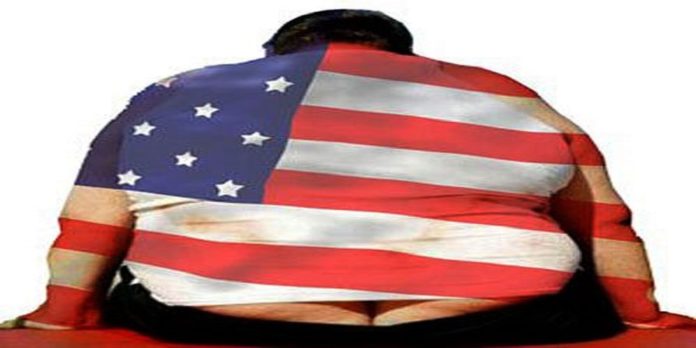 A correlation between obesity and poverty rates has been identified, suggesting that obesity rates are directly linked to low-income communities in the United States.

The annual Gallup-Healthways Well-Being Index poll has revealed that in 2014, the nation’s obesity rate was nearly 28 percent, up from 27 percent in 2013. The data from this poll was then broken down to reveal the most and least obese states in the US.

To better understand the obesity epidemic in the United States, we can draw a comparison between the obesity rates of different states to the data on poverty from the U.S. Census Bureau. A total of nine of the ten most obese states in the US have poverty rates above the national average, which stood at 14.8 percent in 2014.

Mississippi topped the obesity list – 35.2 percent of residents are classified as obese – and had the highest poverty rate, which stood at 22.7 percent. West Virginia and Louisiana, which have 34.3 and 33.2 percent obesity rates, respectively, are also examples of the poverty-obesity trend, with 18.5 percent of West Virginians and 19.8 percent of Louisiana residents living in poverty. However, while this comparison does provide us with a possible cause for rising obesity rates, the trend is not entirely consistent. Iowa, for example, has an obesity rate of 31.1 but has a poverty rate of 12.7 percent, which is below the national average.

Obesity is one of the primary factors driving preventable chronic diseases and healthcare costs in the United States, including high blood pressure, heart disease, type 2 diabetes, and cancer. It has long been suspected that poverty and obesity go hand-in-hand, leading many to question the future of health services across the world.

Due to the rise in obesity rates nation-wide, treating these conditions is expected to strain state and national budgets. In fact, it is estimated that in the United States healthcare costs for obesity range from $147 billion to nearly $210 billion per year.

So, what is the solution? Simple: better access to healthy foods and physical activities. In fact, a 2008 study by the Urban Institute, The New York Academy of Medicine and TFAH found that an investment of $10 per person in proven community-based programs to increase physical activity, improve nutrition and prevent tobacco use could save the country more than $16 billion annually within five years.

However, while it is unlikely that such an investment will be made in the near future, it appears poverty rates are finally taking a more positive turn. The Census Bureau’s 2015 annual report on poverty and incomes, released Tuesday, reports that the national poverty rate has fallen to 13.5 percent, making it the largest single-year percentage drop since 1968.

“The good news is, maybe we’ve turned the corner,” said Sheldon Danziger, president of the Russell Sage Foundation, in relation to the release of the Census Bureau’s annual report on poverty and incomes. “I’m certainly more optimistic than I’ve been in a long time.”

Unfortunately, at this moment in time, it is impossible to determine whether the reduced national poverty rate will have a direct effect on the nation’s obesity rate. However, as more produce brands and restaurant chains continue to provide healthier alternatives to consumers, it is likely obesity rates should begin to show signs of following the declining poverty trend.

This article (Why Poverty and Obesity Rates Go Hand in Hand) is a free and open source. You have permission to republish this article under a Creative Commons license with attribution to the author and AnonHQ.com.