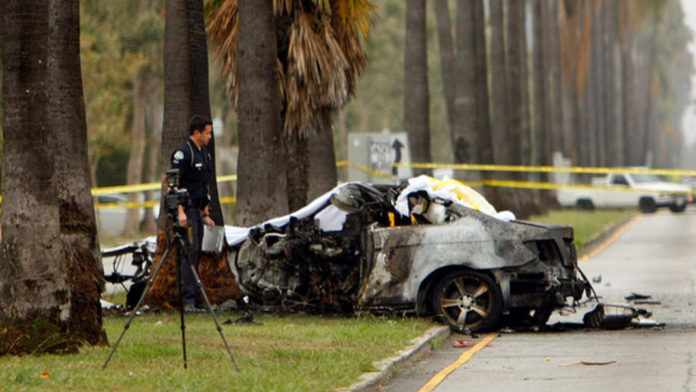 As part of WikiLeaks’ recent dump of more than 8,700 CIA documents, it was revealed the CIA has been investigating ways to manipulate the control systems of modern vehicles, and there are some who believe the rogue government agency may already be tampering with vehicles of political targets. While the idea of a vehicle being hacked has been referred to as outlandish conspiracy theory by mainstream media pundits, the technology has been known of for quite some time now, and it’s alarmingly easier than you think.

“As of October 2014 the CIA was also looking at infecting the vehicle control systems used by modern cars and trucks. The purpose of such control is not specified, but it would permit the CIA to engage in nearly undetectable assassinations.”

As reported by the Washington Examiner, most new vehicles today are equipped with electronic systems, from the brake control systems, to acceleration, airbags and steering. Many car companies and parts manufacturers have taken steps to secure against cyberattacks, “but the threat remains.” Those at Motherboard and Wired have both reported on the topic:

One such suspected case of government vehicle tampering is that of award-winning journalist Michael Hastings, who was killed in a suspicious one-car crash in 2013. In a statement to Huffington Post, former U.S. National Coordinator for Security, Infrastructure Protection, and Counter-terrorism, Richard A. Clarke, stated the crash was “consistent with a car cyberattack.”

“There is reason to believe that intelligence agencies for major powers [including the United States] know how to remotely seize control of a car.”

“What has been revealed as a result of some research at universities is that it’s relatively easy to hack your way into the control system of a car, and to do such things as cause acceleration when the driver doesn’t want acceleration, to throw on the brakes when the driver doesn’t want the brakes on, to launch an air bag. You can do some really highly destructive things now, through hacking a car, and it’s not that hard.

“So if there were a cyberattack on the car – and I’m not saying there was – I think whoever did it, would probably get away with it.”

Those at the Free Thought Project report that Hastings, who received acclaim for his coverage of the Iraq War, had expressed to those close to him that he believed he was being spied on by the government (he had even contacted WikiLeaks’ lawyer directly before his car crash). The 33-year-old journalist “appeared increasingly agitated and tense just before the putative accident.”

CCTV footage of the accident shows Hastings’ Mercedes driving at top speed while leaving a trail of sparks and flames before it slammed into a palm tree and exploded. Witnesses also reported seeing a flash of light before the car made impact, suggesting the explosion happened right beforehand, and this was collaborated by another security video.

All reports on the story admit we’ll most likely never know the truth behind Michael Hastings’ death, however it’s hoped that WikiLeaks’ newly released CIA documents, which are currently being sifted through by numerous parties, including Edward Snowden, will shed more light on the extent of the U.S. government’s meddling.

This article (WikiLeaks: If They Choose To, the CIA Can Hack Your Car and Kill You) is a free and open source. You have permission to republish this article under a Creative Commons license with attribution to the author and AnonHQ.com.