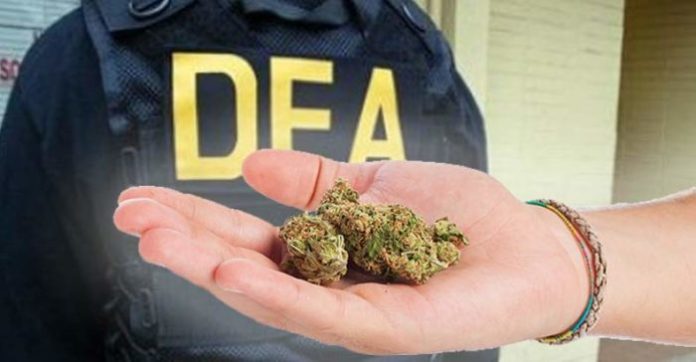 By United States federal law, marijuana is illegal irrespective of the reason for its use. The government agency responsible for the regulation of drugs in the country, the Drug Enforcement Administration (DEA), has refused to delist marijuana from Schedule 1 of the Controlled Substances Act.

But despite the federal ban, states have made changes to their marijuana laws. During November 2016, marijuana won major ballot victories in states across the country. The good news is that the legalization spree of the plant by states is yielding massive results. Apart from the fact that legal marijuana has resulted in creating new opportunities through jobs creation and generation of revenues for various state governments, it is also tackling a serious long-time problem facing the United States — the drug problem. In 1971, President Richard Nixon started the so-called war on drugs. Nixon argued that there should be a set of drug policies that discourage the production, distribution, and consumption of psychoactive drugs deemed illegal by the United Nations. Of course, Nixon’s argument was accepted by the political elite, and for many decades now, the United States government has waged a ruthless war against drugs.

The economic and human cost of this war has been massive. In 2010, it was estimated that the United States federal government spent over 15 billion dollars on the drug war, amounting to a rate of $500 per second. State and local governments also spent at least $25 billion fighting the drug war during the same period. In 2012, it was again estimated that the country had spent $1 trillion since the Nixon era fighting the drug war. Apart from the wasting of taxpayer money, the United States government also provides military aid to Mexico, which serves as a gateway for drugs entering the United States. The use of force against drug cartels claims nearly 50,000 lives each year. In the United States, over 1 million people, the majority of them African-Americans, are incarcerated every year for drug law violations. But despite this financial and human cost, the war on drugs has been a complete failure. The Global Commission on Drug Policy released a report in 2011 stating unequivocally that “The War on Drugs has failed.”

In 2016, data released by the United States Border Patrol showed marijuana seizures along the southwest border with Mexico have tumbled to their lowest levels in at least a decade. Border agents seized roughly 1.5 million pounds of marijuana at the border — down from a peak of nearly 4 million pounds seized in 2009. The big question here is why this sudden drastic reduction? The answer is simple: legal marijuana. Ever since states defied the DEA to legalize marijuana, either for recreation or medical purpose, domestic production of the plant has surged – especially in states such as California, Colorado and Washington.

Basic economics suggests if there is more supply, price will fall. If price falls, business becomes unprofitable. Marijuana prices have therefore fallen in the United States. When states were yet to legalize the plant, users were relying on supplies from Mexico. Because of the Mexican monopoly, the price was high. Mexican growers and smugglers were making huge profits, while the United States was spending scarce resources fighting the trade.

Marijuana growers in Mexico now face tough competition in the United States, making their business unprofitable. It’s now no longer worth smuggling marijuana into the U.S., hence the reduction in seizure by border officials. From the available evidence, legal marijuana has proven the solution to the U.S. drug problem is legalization. If psychoactive drugs in general are legalized, supply would increase, leading to a fall in price. It would then become unprofitable to smuggle, driving away criminal networks associated with the trade.

This article (DEA Shamefully Admits Legal Marijuana is Doing What the Drug War Couldn’t in Decades [Video]) is a free and open source. You have permission to republish this article under a Creative Commons license with attribution to the author and AnonHQ.com.