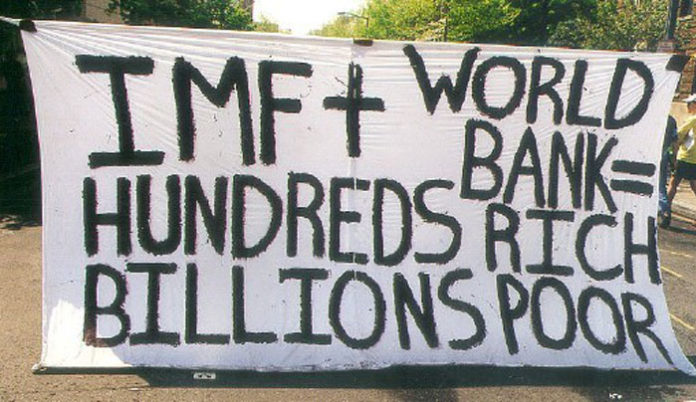 The records from a 19 March 2016 teleconference, between key IMF officials who were placed in charge of managing the Greek debt crisis, have been released by WikiLeaks.

Poul Thomsen, the head of the IMF’s European Department, and Delia Velkouleskou, the IMF Mission Chief for Greece, were discussing the possibility of a Greek default coinciding with the UK’s Brexit referendum. A Greek default could push UK citizens to vote themselves out of the European Union.

The IMF officials seem to believe that the threat of financial crisis is necessary to force the other parties in the negotiations, to accept the IMF’s austerity measures; the conversation indicates that the IMF was using the crisis in Greece to pressure German Chancellor Angela Merkel into agreeing to their demands, rather than meet the parties in the middle.

THOMSEN: We need to think about when you come back… we should just put on the table what we want.

THOMSEN: Instead of waiting for them… I am not going accept a package of small measures. I am not.

THOMSEN: Well, I don’t know. But this is… I think about it differently. What is going to bring it all to a decision point? In the past there has been only one time when the decision has been made and then that was when they were about to run out of money seriously and to default. Right?

THOMSEN: And possibly this is what is going to happen again. In that case, it drags on until July, and clearly the Europeans are not going to have any discussions for a month before the Brexits and so, at some stage they will want to take a break and then they want to start again after the European referendum.

They also possibly view the refugee crisis as a bargaining chip in their favor, as Greece is a major point of entry for immigrants en route to the wider EU. Crisis’ in Greece could have far wider ramifications on the rest of the EU, as a result.

THOMSEN: That is one possibility. Another possibility is one that I thought would have happened already and I am surprised that it has not happened, is that, because of the refugee situation, they take a decision… that they want to come to a conclusion. Ok? And the Germans raise the issue of the management… and basically we at that time say “Look, you Mrs. Merkel you face a question, you have to think about what is more costly: to go ahead without the IMF, would the Bundestag say ‘The IMF is not on board’? or to pick the debt relief that we think that Greece needs in order to keep us on board?” Right? That is really the issue.”

The IMF’s non-European creditor nations believe that its debt relief to Greece goes against its policy of not loaning more money to countries that are already too heavily indebted, making its cooperation with the Troika less and less tenable. In August last year, the IMF chose not to participate in the 86 billion Euro bailout for Greece. EU member states covered the bill, instead.

Finally, the two discuss how they “need an event” that the president of the Eurogroup (the collective term for informal meetings of the finance ministers of the eurozone) Jeroen Dijsselbloem is “trying not to generate”, and that nothing else “is going to force a compromise.”

VELKOULESKOU: I agree that we need an event, but I don’t know what that will be. But I think Dijsselbloem is trying not to generate an event, but to jump start this discussion somehow on debt, that essentially is about us being on board or not at the end of the day.

This article (WikiLeaks: IMF Officials Discuss how they “Need an Event” to Force Government Compliance) is a free and open source. You have permission to republish this article under a Creative Commons license with attribution to the author(CoNN) and AnonHQ.com.