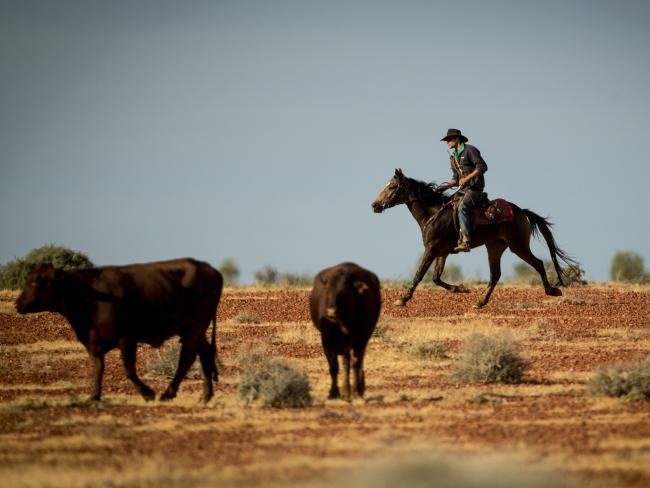 Kidman and Co., Australia’s largest land-holder, has agreed to the sale of its iconic cattle stations, which span over 11 million square-hectares, to the Chinese backed Dakang Australia Holdings. (But, don’t be fooled – the only Australian part of the company is its name.) The sale of the land is set at $370.7 million AUD.

This is the second time a foreign bid has been placed on the property that equates to 1 percent of Australian sovereign land, but was rejected by Treasurer Scott Morrison, citing national interests in 2015.

Morrison has told the media that the decision won’t be a rushed one, and that it isn’t expected to be announced until after the July elections. In his statement: It is believed the last rejection was based on the land borders involving Anna Creek Station, which neighbours the Woomera Range Complex (WRC), a military systems testing range. In the latest proposal of sale, this area of land has been left out of the offer.

Concerns over the compromise of Australian exports have also bucked the sale, with Greens MP Adam Bandt warning that the approach to sales is “a bit too generous,” and that the sale is undermining Australia as “the food bowl of the region.”

Nationals senator and Minister for Northern Australia Matt Canavan, on the other hand, said to Sky News: “While there is a lot of land, a lot of it is arid land so the herd size is not overly large.”

Whichever way the figures are examined, the area of land the sale represents is approximately 1 percent of Australian land (101,000 square kilometers). Whereas, under Chinese law, the purchase of sovereign land by foreign investors is not permitted.

Eighty percent of the sale will be purchased by Dakang Australia Holdings, while the other 20 percent will be secured by Australian Rural Capital (ARC) in the joint venture.

The cattle station supplies grass-fed beef to Japan, the USA and Southeast Asia, and runs 160,000 cattle over 17 properties spanning across Queensland, South Australian, Western Australian and Northern Territory borders. It was established by the Kidman family in 1899, and has been in the Kidman family for several generations.

Kidman’s chairman, John Crosby, says: “We believe Dakang Australia and ARC will be good custodians of the business and this transaction will provide a solid platform for growth and, at the same time, an opportunity for Australians to participate in Kidman’s future.”

In response to the Australian government’s reluctance to sell, leading economist at China’s Institute of Modern International Relations, Chen Fengying, offered his insight: “The hurdles erected in the way of Chinese companies’ ongoing effort to explore foreign markets reflect deep-seated Western fears of the so-called ‘Chinese threat.’ They see Chinese businesses as a threat to their comfortable existence.”

**Shanghai Pengxin Group, founded in 1997, owns 55 percent of Dakang Pasture Farming and has expressed interest in New Zealand dairy interests. Jiang Lei, CEO of Shanghai Pengxin, was listed by Forbes in 2004 as having a net worth of $173 million, but aside from this, little is known about the business man or his relationships to others.

**Shanghai Pengxin has many subsidiaries that engage in real estate development, mining, commerce and construction. According to Bloomberg, Genius Link Assets Management (Hong Kong based) and Lindsay Fox (Australian entrepreneur) are also bidding for the property.

UPDATE 30th April: The Turnbull government has declared that the sale will not go ahead, as it may be a conflict of national interests. The Age has reported the unease the government felt at allowing the Chinese company to purchase the land, which equates to an area larger than the state of Tasmania. The sale would be blocked again, reflecting similar circumstances of a US attempt to take over GrainCorp in 2013.

Not without criticism, however, spokespeople for Chinese investors say this move will compromise foreign investments of all sizes, in the future.

This article (Will Australia Sell Off Sovereignty to Chinese Investors? Kidman and Co. Cross Fingers for $370.7M Deal) is a free and open source. You have permission to republish this article under a Creative Commons license with attribution to the author AnonWatcher and AnonHQ.com.