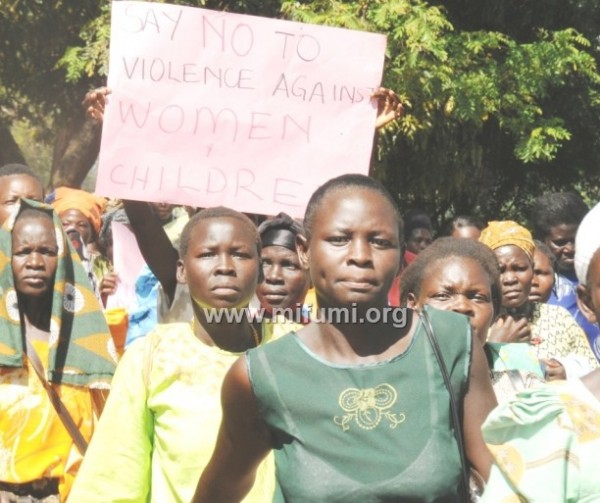 Uganda’s Supreme Court has banned the traditional ‘bride price refund’ practice — in which if there is a divorce between a married couple, the woman is obliged to refund the items the man paid for her hand in marriage.

Local reporters said six of the seven judges voted against the practice on August 6th, 2015 in the country’s capital, Kampala. The ruling has been praised internationally.  The Chief Justice, Bart Katureebe, who delivered the ruling said, “The refund of bride price connotes that a woman is on loan. This compromises the dignity of a woman.” Although this pride refund practice is not widespread in Africa, many tribes in Africa value the sanctity of marriage and give special attention to traditional practices that leads to a union between a man and a woman.

The court ruled that the practice of refunding the bride price is unconstitutional and should be banned with immediate effect. The judges held that the practice suggested women are in a market place, and that it infringed on their right to divorce.

The case was brought before the court by a women rights organization, Mifumi, who said that bride price encourages domestic violence and turns a woman into the husband’s property.

Before this ruling, should a marriage end in Uganda, the wife is obliged to refund the bride price which is often paid in livestock, such as cattle. Other rights activists praised the ruling, emphasizing that it strengthens equality between men and women, and branded it a “historical” decision in a country that is conservative when it comes to civil laws.

According to the Take Part, the worst form of on this bride price refund practice in Uganda happened to a woman named Jennifer Alupot.

It is alleged that Jennifer was forced to breastfeed her husband’s dog’s puppies every time the dog gave birth. Jennifer did this for the dogs and eventually failed to breastfeed her own child properly, leading to the death of the child. Her husband told her that because he paid expensive cattle as her pride price, he could order her to do anything. Jennifer, on the other hand, was afraid to leave the marriage because she feared her parents will not be able to refund the pride price.

Jennifer suffered this abuse in her marriage until 2009, when a local journalist investigated her ordeal and it made headlines in the media. An aid organization then helped her press domestic abuse charges against her husband.

A study conducted in 2009, by Mifumi, found that 99 percent of Ugandan women who had experienced domestic violence believed that bride price paid a role in their abuse. Pressure on women’s families to repay cattle or money forced women to stay in dangerous situations. In many rural, impoverished areas, women and girls were married off to secure those resources in the first place. These financial trades can lead to forced marriages and young (child) marriages. Despite the negative ramifications on women’s rights, many Ugandans see bride price as a valuable part of their culture. Presenting gifts to a family before marriage can signify appreciation from the groom and respect for the bride’s family. Activists at Mifumi said change will be slow to come as equality is incorporated into tradition.

A spokesperson for Mifumi, Evelyn Schiller, said, “This is a momentous occasion. This ruling will aid the fight against women and girls’ rights abuses.”

This Article (Women Rights In Africa: Uganda Outlaws Bride Price Refund Customary Practice) is free and open source. You have permission to republish this article under a Creative Commons license with attribution to the author and AnonHQ.com.