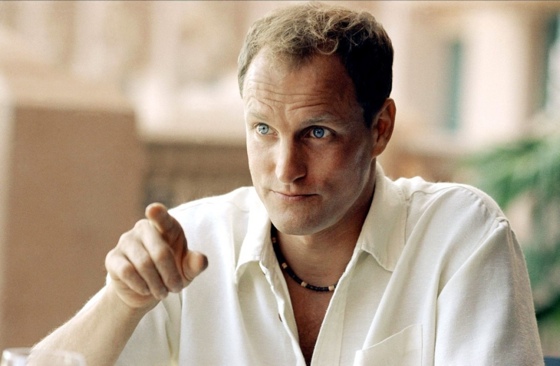 Woody Harrelson shares his powerful ‘thoughts from within’ on Monsanto, and you can’t disagree with him…

A strong advocate of legalization of marijuana, Hollywood actor Woody Harrelson, known for his role as a brainless bartender in the popular sitcom Cheers, has come out with a powerful video. Through the video (his own poem put together with related images) Woody expresses his views on environment, government, today’s society at large and the need for change.

Woody doesn’t mince words in his poetic expression and is pretty straight forward as he shares his thoughts about the state of world as it really is.  His poem beautifully captures and brings to the fore the issues ordinary people helplessly face in today’s world. Watch the video below:

for which there is no earthly explanation

Sure I have human form

but my mind is upside down.

in a punctuation crazy world.

and I see the world around me

An endless stream of people

“In money we trust,”

is somehow symbolic of food.

the profit-motive has permeated all activity

we pay our government to let us park on the street

And war is the biggest money-maker of all

we all know missile envy only comes from being small.

I wonder if they talk about the strange change in the weather.

This government was founded by, of, and for the people

but everybody feels it

they don’t represent us anymore

And blaming the President for the country’s woes

for the way it sings

Who’s the man behind the curtain pulling the strings?

in the room that they call living

but as for me

I see living as loving

and since there is no loving room

I sit on the grass under a tree

dreaming of the way things used to be

which of course is before the rivers and oceans, and skies were polluted

Before Parkinson’s, and mad cows

and all the convoluted cacophony of bad ideas

as they continue to today.

back when the buffalo roamed

and the Indian’s home

was the forest, and God was nature

and heaven was here and now

Can you imagine clean water, food, and air

living in community with animals and people who care?

are you going to make the rich man richer

or are you going to stand your ground

You say you want a revolution

to be a part of the solution

maybe I’ll be seeing you around…