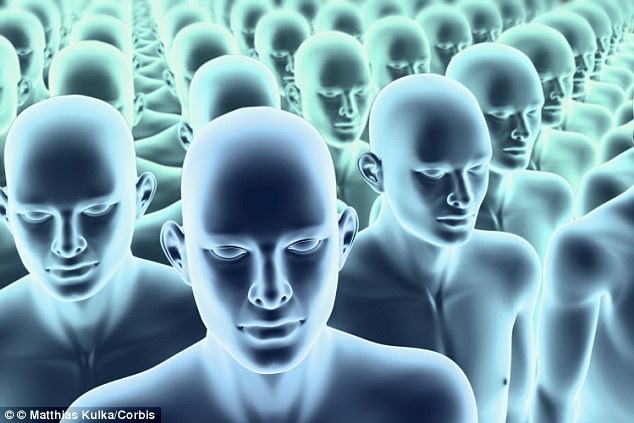 Boyalife scientist, who is building the world’s biggest cloning facility — 14,000-square-meter — in China’s Tianjin, which is set to go into production within the next seven months and aims to clone one million cows by 2020, says he is ready to clone humans and that it’s not science, but the potential for an adverse public reaction that’s stopping the company from going forward with the project.

“The technology is already there. If this is allowed, I don’t think there are other companies better than Boyalife that make better technology. Hampering such a project are ethical issues so we must practice self-restrained to avoid a possible public backlash,” Boyalife Group CEO Xu Xiaochun told AFP.

Going forward, Xu, who previously worked at the US pharmaceutical giant Pfizer, has designs on reproducing thoroughbred racehorses, as well as pet and police dogs, specialized in searching and sniffing. Cloning differs from genetic modification, but its application to animals would enable the firm to homogenise its output.

“Everything in the supermarket looks good – it’s almost all shiny, good-looking, and uniformly shaped. For animals, we weren’t able to do that in the past. But with our cloning factory, we choose to do so now. Remember, this is a food. We want it to be uniform, very consistent, very premium quality,” Xu added.

Boyalife is also working with Sooam Biotech Research Foundation, which is currently developing the duplication of deceased pets and woolly mammoths, and the Chinese Academy of Sciences to develop primate cloning. And this would mean just one step further – from monkeys – to human cloning. Nonetheless, Xu hopes that the general public will edit their views and allow the research to push forward.

“Unfortunately, currently, the only way to have a child is to have it be half its mum, half its dad. Maybe in the future you have three choices instead of one. You either have 50-50, or you have a choice of having the genetics 100 percent from Daddy or 100 percent from Mummy. This is only a choice… We want the public to see that cloning is really not that crazy, that scientists aren’t weird, dressed in lab coats, hiding behind a sealed door doing weird experiments,” he explained.

Trying to quash anxieties over the new project and the technology behind it, Xu said, “Clone technology is already around us. It’s just that not everyone knows about it.” He added that many strawberries and bananas sold in Chinese supermarkets were the products of this technology. The process, he said, is just like “pouring a glass of orange juice into another empty glass”, meaning the cloned entity will be identical to the original.

Human reproductive #cloning is profoundly unethical—and the only arguments in favor of doing it are deeply flawed https://t.co/4kSXyMsb4T

This Article (World’s Biggest Cloning Factory Ready To Replicate Humans) is free and open source. You have permission to republish this article under a Creative Commons license with attribution to the author and AnonHQ.com.