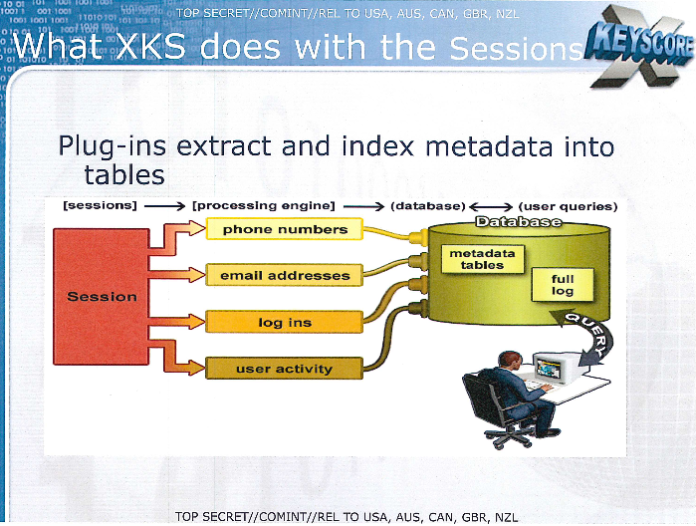 While it may come to no surprise by now, the NSA is an extremely powerful government organization. They have access to your personal or business email accounts, and are also accessing private information, including your pictures, voice calls, and even your private webcam photos. Skype sessions are monitored by typing in your name and email. Scared? This is just the beginning. Not one single person knows the extent of the security breaches and private data breaches the NSA is capable of. And apparently, the NSA believes that ‘privacy’ doesn’t exist for us.

There are 2 major questions everyone asks me. Number one, “Is there any limit on the NSA’s breach?” and a more common question is “How do they do that?”

The first question comes with an unfortunate answer of ‘no.’ The NSA has always, and will continue, to invade our personal lives without our written or verbal consent. This government agency is able to use the post 9/11 argument “We are searching for terrorists. And if the defendant has nothing to hide, then they have nothing to worry about.” That sentence alone is enough to send chills down any computer technicians back.

The second question of how the NSA do this can be examined by looking at Edward Snowden.

NSA whistleblower Snowden provided documentation about a 48-page project that is being supported by the NSA. He then released the document on his website, you can read the XKEYSCORE document here. The newly exploited XKEYSCORE acts just like a Google Search engine would. The software is a long-time used tool for the NSA when conducting mass surveillance, collecting and storing data from across the globe. This amount of meta-data is stored for up to 45 days before automatic deletion. Within the compounds of the documentation from the NSA about XKEYSCORE, it reveals there are tens of thousands of records that are being stored within the NSA’s database, while the XKEYSCORE software runs across thousands of servers globally. Thus, it provides a major increase in not just the processing power, but the storage itself.

NSA referred to the XKEYSCORE as the “widest reaching” system available. The NSA has also used XKEYSCORE to steal millions of encryption keys, which are said to be used for cell phone protection and privacy. (They were successful in hacking the world’s biggest SIM card provider, Gemalto.) The NSA government agency even used their software in order to spy on U.N. Secretory General Ban Ki-moon, as WikiLeaks reported.

Whenever the agency spies on the general public for ‘knowledge,’ the NSA actually uses XKEYSCORE to analyze the social media outlets; including Facebook and Twitter. More shocking, iOS and Android applications in which garner your data – after you have already accepted their license agreements – are then utilized to track you down by the NSA. According to the NSA, smartphone connections are tracked by XKEYSCORE to app marketplaces, such as Samsung and Google. Not only does the United States of America have full access to this software, but other nations do as well. Canada, New Zealand, the UK  and Australia (Five Eyes) are some of the other major countries that possess full access to the XKEYSCORE software. Each country with access, who uses the mass surveillance program can have access into the world’s largest domains, to adhere to their personal interests.

While the NSA bloats that the software is being used in an attempt to fight the war on terror, their actions are a completely different story. Government agencies are trying hard to secure their own countries; in return they are making their citizens insecure about their governing bodies. As we see countless stories about the government spying on people, it would appear that privacy laws are no longer in effect when it comes to the governing agencies and their “limited” spying abilities.

This is only the tip of the “government spying iceberg;” we can only expect to see more programs developed by the governments as technology grows, and with XKEYSCORE as their main power-weapon, I am somewhat skeptical about turning on my phone.

This article (XKEYSCORE: A Search Engine Hack for the NSA) is a free and open source. You have permission to republish this article under a Creative Commons license with attribution to the author and AnonHQ.com.