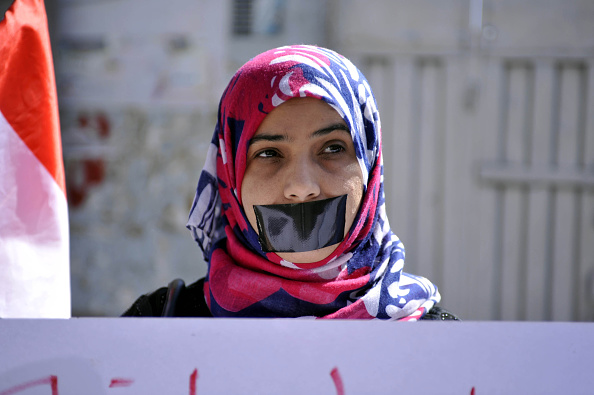 Yemen, Saudi Arabia’s poor neighbour, is at risk of breaking up. Yemen’s President Abed Rabbo Mansour Hadi and his cabinet resigned on January 22 amid a standoff with the powerful anti-American Houthi militia which is controlling large parts of the country, including the capital Sana’a, Yemen’s largest missile base and the President’s palace.

Hadi said he was unable to fulfil his responsibilities as president since the militia took over the capital on September 21, 2014. “Matters in Yemen are moving in a different direction,” his resignation letter read, “we choose to distance ourselves from such destructive political chaos which is not based on either law or logical systems”. Prime Minister Khaled Bahah said the government was unable to “serve the Yemeni people and this country to our best ability, conscience, and responsibility,” and resigned in order to avoid being “made party to what is going on and what will happen”.

The Houthis have established militia with sweeping powers. They can storm a ministry and arrest officials on suspicions of corruption. The popular committees are widely seen as a state within the state. Shias feel Houthis are essential to maintain stability; Hadi feels this is an excuse to topple the popular government. President Hadi is from the southern province Abyan, where the Sunni secessionist movement is calling for the south to break away from the north. If Houthis, who represent the country’s Zaidi sect, an offshoot of Shiite Islam, evict Hadi, the Sunni majority may take up arms. This is why the Houthi militia refrained from talking about overthrow of Hadi and instead signed a deal with Hadi on January 21 that would see them withdraw from government and military infrastructure in exchange for greater political power. By resigning, Hadi may have thought of forcing the Houthis in pulling their fighters out of the capital. So far, the Houthis have stood their ground.

The Houthis are members of a rebel group, also known as Ansar Allah (Partisans of God), and take their name from Hussein Badreddin al-Houthi who led the group’s first uprising in 2004 in an effort to win greater autonomy for Sa’ada province and to protect Zaidi traditions from Sunni Islamists. The baton was passed to Sheikh Sayyid Abdul-Malik al-Houthi in 2005 who displayed characteristics of a tough, efficient battlefield commander in the group’s series of six wars as a rebel movement fighting forces of Ali Abdullah Saleh, President of Yemen from 1990 to 2012. The shrewd leader is now leading Yemen’s most powerful organisation.

Yemeni government accuses Iran, a Shia majority country, of directing and financing the insurgency and helping the Houthis to overthrow the elected government and implement Shia religious law. The Houthis claim they are “defending their community against discrimination and government aggression”. Critics too argue that the Houthis’ rise to power wouldn’t have been possible had it not been for a massive military and financial support from Iran. In 2014, Saudi Arabia declared the Houthis a terrorist organization blaming them for being Iran’s proxy in a Sunni region. The Houthis have admitted to accepting Iranian arms and training in the past, although militia leaders insist they are an organic, national force fighting for the interests of the Zaidi Shiites that ruled a 1,000-year kingdom in Yemen until 1962.

Country’s two-decade autocrat, Ali Abdullah Saleh, who was ousted in Yemen’s revolution in 2012, still has the loyalty of powerful tribesmen, military commanders and businessmen. Elite units at the army still take orders from him. The man, himself a Zaidi, who described ruling Yemen is “like dancing on the heads of snakes”, is under the spotlight again. A leaked phone conversation between Saleh and a Houthi leader suggests that the Shiite militia coordinated militarily and politically with the ex-Prez to dent the current elected government. Interestingly, Houthis were part of the Arab Spring demonstrations against his autocratic rule. Therefore many people had reasons to believe that Saleh was anti-Houthi; this comes as a rude shock to them. Post-Saleh Yemen saw the rise of the Al-Islah party, which led to the formation of unlikely alliances to counter the predominately-Sunni movement. These alliances include Ali Abdullah Saleh and Abdul-Malik al-Houthi. Al-Islah, the country’s brand of the Muslim Brotherhood, is considered a terrorist organization by the governments of Bahrain, Egypt, Russia, Syria, Saudi Arabia and United Arab Emirates. Relations between Al-Islah and the Houthis are strained. Some of Al-Islah’s offices were recently ransacked by Houthi fighters. Nevertheless, the party has the backing of powerful militias across the country, an asset that increases its chances to remain a key player in Yemen’s politics.

Although South Yemen was united with North Yemen in May 1990, people of South Yemen argue that unity was meant be part of a power sharing deal, which was never implemented. They feel that their land, home to the majority of the country’s oil reserves, was illegally appropriated as part of a planned conspiracy by North Yemen. The South perceives unfair treatment by the North; the thinking has given birth to the South Yemen Movement which calls for the return of an independent state. After the Houthis took control of the capital in September, the secessionists have stepped up their campaign for their independence.

Yemen has been plagued by Islamist insurgency, separatist conflict, sectarian strife and economic crisis for years. The Arab Spring uprising brought more chaos – unemployment, high food prices, large-scale displacement, corruption, resource depletion and poor infrastructure. Saudi Arabia (Sunni) and Iran’s (Shia) struggle for influence complicate the region’s counter-terrorism challenge. Yemen-based Al-Qaeda in the Arabian Peninsula, or AQAP, is mainly based in the two provinces of Abyan and Shabwa where it has forged ties with Sunni tribesmen. The group has repeatedly attacked Houthi targets, and is now moving North to confront the Houthis.

America considers AQAP to be the organization’s deadliest branch, the one most capable of launching global attacks (AQAP claimed responsibility for Charlie Hebdo terror attacks in Paris). Hadi had approved a US airstrike-and-drone program that targets Al-Qaeda leaders and training camps. However, the Houthis have been more successful at fighting AQAP than the Yemeni national security forces. On one hand AQAP stands to benefit from the current political vacuum, on the other the expanding Houthi force could polarize the country’s sects further.

There is bloodshed, impoverishment and repression. The political uncertainty can lead to fragmentation of Yemen. The internal feud can trigger a war with implications that may never be contained in the near future. But does anyone care?