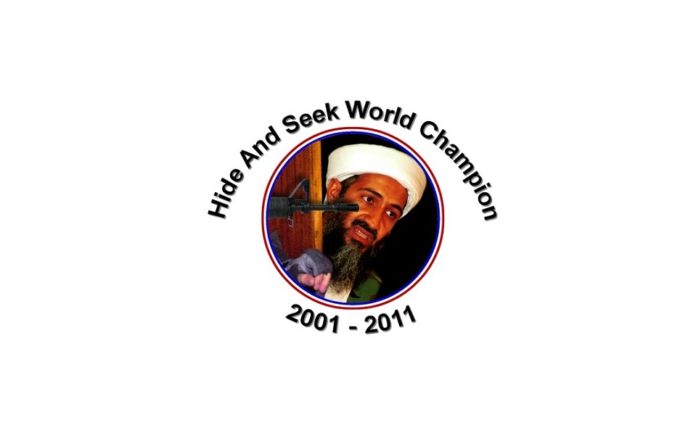 Mastermind of 9/11 terror attacks on America Al-Qaida chief Osama Bin Laden was killed on May 1, 2011, by American soldiers at his Abbottabad compound in Pakistan. Osama’s body was flown in an American aircraft carrier in the Indian Ocean and the corpse was buried at sea. All of us are fed this fact. Conspiracy theories suggest that the US government had in fact faked the raid.

Anti-war activist Cindy Sheehan, whose son was killed in Iraq in 2004, wrote on her Facebook page: “I am sorry, but if you believe the newest death of OBL, you’re stupid. Just think to yourself–they paraded Saddam’s dead sons around to prove they were dead–why do you suppose they hastily buried this version of OBL at sea? This lying, murderous Empire can only exist with your brainwashed consent–just put your flags away and THINK!” Fox News presenter Andrew Napolitano claimed US president Barack Obama invented Osama’s death to boost his re-election campaign ahead of 2012 elections. Some still believe that Osama Bin Laden is alive and being held in a secret location while the US interrogates him about Al-Qaida’s nuclear arsenal.

While his death prompted a host of conspiracy theories, 9/11 prompted numerous hoaxes and rumours that suggested Osama was dead years ago. US talk show host Alex Jones claimed that Osama’s body had been frozen for several years for use as a potential propaganda tool. Jones said he was told by a White House official in 2002 that Osama was “frozen – literally frozen – and that he would be rolled out in the future at some date”.

Osama Bin Laden died a peaceful death due to an untreated lung complication, the Pakistan Observer reported in December 2001, citing a Taliban leader who allegedly attended the funeral of the Al-Qaeda leader. The Taliban leader said Osama was suffering from a serious pulmonary infection and succumbed to the disease in mid-December, in the vicinity of the Tora Bora Mountains.

In January 2002, Pakistani President Pervez Musharraf said Osama is most likely dead because he didn’t get treatment for his kidney disease in Afghanistan. “I think now, frankly, he is dead for the reason he is a … kidney patient,” Musharraf told CNN.

FBI’s head of counterterrorism, Dale Watson, told a conference of law enforcement officials in July 2002 that he believed Osama was dead. “I personally think he is probably not with us anymore,” he said adding “Osama’s network of terrorist training camps has been dismantled, there is no question in my mind … we will be attacked again”. Afghan President Hamid Karzai told CNN in October 2002, “I would come to believe that [Bin Laden] probably is dead…The more we don’t hear of him, and the more time passes, there is the likelihood that he probably is either dead or seriously wounded somewhere”.

In November 2005, Senator Harry Reid revealed that he was told Osama may have died in the Pakistani earthquake in October that killed more than 73,000 people across northern Pakistan and Abbottabad, where Osama lived, was hit hard. “Well I’m not sure he’s alive anymore. I think perhaps the earthquake in Pakistan took him down. I certainly hope so”. In a November 2, 2007 interview, less than two months before her assassination, former Pakistani Prime Minister Benazir Bhutto told Al-Jazeera’s David Frost, “a key figure in security… a former military officer in Pakistan who had dealings with, among others, Omar Sheikh, the man who murdered Osama Bin Laden” should be investigated in the event of her assassination.

In June 2008, CIA produced a report saying that Osama has long-term kidney disease and may have only months to live. One US official familiar with the report, concluded, “Based on his current pharmaceutical intake, [we] would expect that he has no more than six to 18 months to live and impending kidney failure”.

In March 2009, former US foreign intelligence officer and professor of international relations at Boston University, Angelo Codevilla stated bluntly: “All the evidence suggests Elvis Presley is more alive today than Osama Bin Laden.” Was he being kept ‘alive’ by the Western allies to stir up support for the war on terror? In an interview to the BBC to mark his first year in office as President in May 2009, Pakistani President Asif Ali Zardari confirmed that his “counterparts in the American intelligence agencies” hadn’t heard anything from Bin Laden in seven years and confirmed “I don’t think he’s alive”.

In May 2013, a former CIA agent Berkan Yashar told the Russian TV station, Channel One Osama Bin Laden died five years before US security forces officially announced he was killed. “I knew Bin Laden’s Chechen guards very well. Samy, Ayub and Mahmud were with him right to the end. I remember well this date as there were three sixes in it – June 26, 2006. Those three men, as well as two Muslims from London and two from the US, saw Bin Laden dead. He was seriously ill before his death. He faded away to skin and bone. The three Chechens washed his body before burying it,” he said.

Was 9/11 orchestrated by the US to justify the wars in Afghanistan and Iraq? Was Osama Bin Laden a US agent, and was murdered to stop this secret becoming public? Did Osama Bin Laden die of a lung infection, hepatitis C, diabetes, low blood pressure and a wound to the foot way back in 2001? Did Osama know where Al-Qaida’s nuclear bomb was kept, and was killed to prevent him from leaking its location?