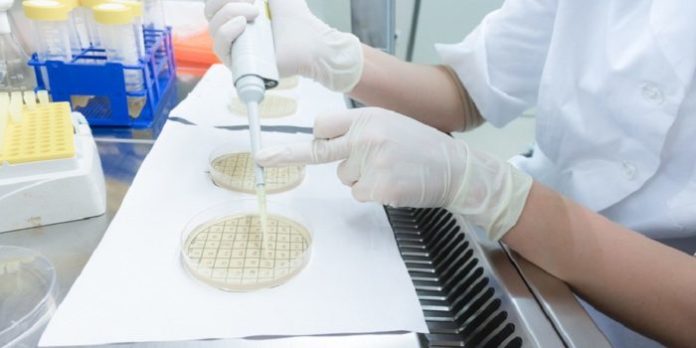 For some time now, the disease has sparked controversy among health researchers regarding whether it is caused by natural or artificial factors. In 2015, researchers from the University of Manchester in the United Kingdom concluded in a study that cancer is a purely modern, man-made disease.

The researchers spent a great deal of time studying mummies, fossils and classical literature before arriving at their conclusion. According to the researchers, the disease is a man-made disease fuelled by the excesses of modern life. This is because tumors were rare until recent times, when pollution and poor diet became an issue. Putting the cause of the disease to rest, the concern now among researchers is to develop an effective drug to cure the deadly disease. Researchers have been working to achieve this goal.

Researchers from Denmark have announced they made a serendipity discovery of a possible effective cancer drug.

According to the researchers, they were working on a drug to protect pregnant women from malaria when they chanced upon their discovery. The discovery has been described by health commentators as a huge step forward in the search for a cancer cure.

When women are pregnant and contract malaria, it causes devastating effects. The malaria attacks the placenta. The researchers were working on arming a protein that could prevent malaria from attacking the placenta. But the researchers discovered that the armed anti-malaria protein can also attack cancer. The researchers combined the protein part used in the malaria vaccine –which buries itself into the cells – with a toxin that can then bury into cancer cells; it releases the toxin, killing the cancer cells off.

The researchers said they noticed that in both cases, the malaria protein attaches itself to the same carbohydrate. It’s these similarities that are exploited for a cure.

The carbohydrate ensures that the placenta grows quickly. But the researchers detailed how it serves the same function in tumors — the malaria parasite attaches itself to the cancerous cells in the same way, meaning that it can destroy the cell.

The researchers said they have been searching for a way to exploit the similarities between the placenta and the tumor for a long time. Lead researcher of the discovery, Ali Salanti from the University of Copenhagen said, “For decades, scientists have been searching for similarities between the growth of a placenta and a tumor. The placenta is an organ, which within a few months grows from only few cells into an organ weighing approx. two pounds, and it provides the embryo with oxygen and nourishment in a relatively foreign environment. In a manner of speaking, tumors do much the same; they grow aggressively in a relatively foreign environment.”

The researchers tested their wonderful discovery in cells and mice with cancer. In the tests on mice, the animals were implanted with three different types of human cancers. The results showed that the drug was capable of reducing non-Hodgkin’s lymphoma tumors to about a quarter of their size. It also entirely disposed of prostate cancer in two of six mice and kept alive five out of six mice that had metastatic bone cancer compared to a control group, all of which died. The outcome of the test has been accepted into the journal Cancer Cell. The researchers are hoping to start testing the discovery on humans in the next three years. The researchers believe their discovery would be effective in eliminating cancer in humans.

“We’re optimistic because the protein appears to only attach itself to a carbohydrate that is only found in the placenta and in cancer tumors in humans,” Mr Salanti said.

This article (Researchers Accidentally Make Discovery: 100% Effective Cancer Drug Could be Available in 2019) is a free and open source. You have permission to republish this article under a Creative Commons license with attribution to the author and AnonHQ.com.