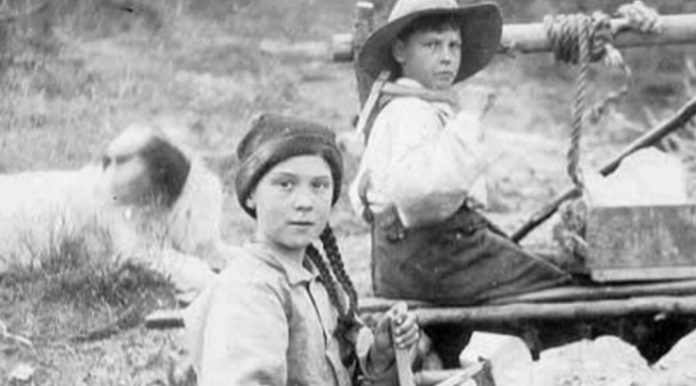 Is 16-year-old Swedish activist Greta Thunberg a time traveler “here to save us” from the global climate emergency?

A photo taken during the 1898 Klondike Gold Rush in Yukon, Canada features a child that so closely resembles the world renowned climate campaigner that some Twitter users initially dismissed it as a fake.

But the 120-year-old photo was sourced to the University of Washington’s Special Collections archive, leading many to jokingly conclude that Thunberg is a time traveler who arrived in 2019 to warn the world about the planetary climate crisis.

120-year-old photo sparks theories that climate activist & environmental heroine, @GretaThunberg , is, in fact, a 'time-travel' who has traveled thru time to save our planet! Wishing her all the best and success in her mission to save the Earth. We can use the help we can get! https://t.co/YCJ35l4irh

So, ‘Greta Thunberg’ is in a photo from 120 years ago, and it’s my new favourite conspiracy. Greta’s a time traveller, from the future, and she’s here to save us. pic.twitter.com/5ObTjPFXvk

greta being a time traveler sent to save us from ourselves is the only conspiracy theory i want to hear about https://t.co/1IS1VpEyPD

Thunberg, whose activism sparked a global youth-led climate movement, is currently sailing across the Atlantic after spending more than two months in the United States.

“We had to slow the boat down to avoid some really rough weather ahead, but now we’re back on track at full speed,” Thunberg tweeted Thursday. “Hopefully we will arrive in Lisbon, Portugal, sometime in early December.”

So we know what continent she’s headed to now. The only serious question left to consider is this: Will she arrive in time?