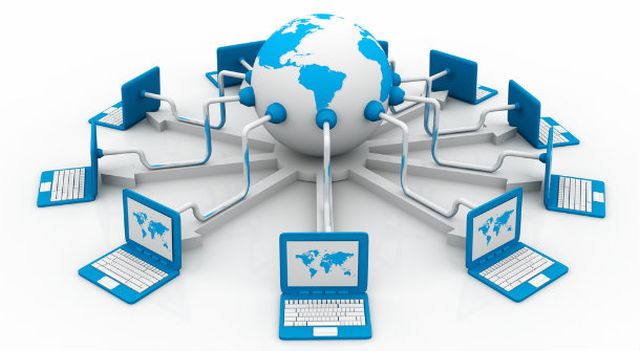 While most of you are familiar with computers and the World Wide Web, here are 20 most fascinating facts about the technology that will truly surprise you…

3. This is what happens on the Internet in 60 seconds: 5. Around 40% of the world population has an Internet connection today; 20 years ago, it was less than 1%.

6. Google uses enough energy to continuously power 200,000 homes, even though 1.9 MW of solar panels produce over 3 million kWh of clean energy every year at its Mountain View campus:

7. At the end of 2015, 8.1 billion devices – smart phones, tablets, personal computers, TVs, TV-attached devices and audio devices – connected to the Internet.  That comes to around four devices per household.

8. NASA has successfully beamed Wi-Fi Internet to the Moon.

1. Russians made a computer that ran on water. Built in 1936, it was the world’s first computer for solving partial differential equations.

2. Economists estimate that only 8% of the world’s currency exists as physical cash. The rest exists only on computers.

3. The first actual computer “bug” was a dead moth, which was stuck in a Harvard Mark II computer in 1947.

4. The secret computer unlock code of the United States’ long-range nuclear-tipped missiles was 00000000 – for 20 years.

5. The original name of Windows was Interface Manager. 7. Around 50% of all Wikipedia vandalism is caught by a single computer program with more than 90% accuracy.

8. If the human brain were a computer, it could perform 38 thousand trillion operations per second and hold about 3,584 terabytes of memory.

10. Data can be corrupted by high-energy particles that strike Earth from outer space and, occasionally switch bits in the chips in your computer. This article (20 Fun Facts You May Not Know About Computers and the Internet) is a free and open source. You have permission to republish this article under a Creative Commons license with attribution to the author and AnonHQ.com.