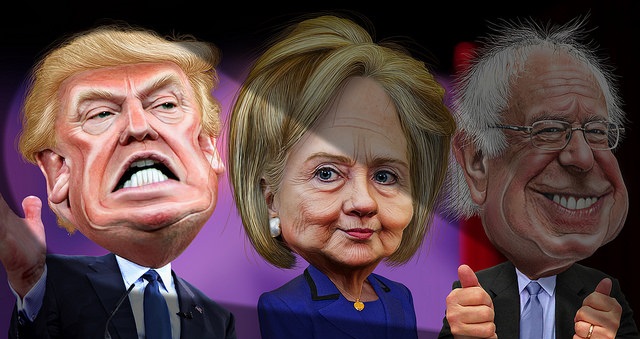 A lone gunman, who happened to be a Muslim, mindlessly gunned down over 100 people at an Orlando gay nightclub on June 12, before being killed by police. The tragedy sparked fierce public debate about gun control, ban on Muslims, anti-gay bigotry, political witch-hunts, and the threat of “radical Islam”.

However, almost everyone conveniently forgot to acknowledge four important facts: 1. An American Muslim carried out the deadliest mass shooting in American history to “stop America from bombing Syria”; 2. The bouncer, an ex-American Marine who saved 70 lives during the Orlando shooting, was also an American Muslim; 3. The right-wing Christian lobby has introduced 200 anti-LGBT bills in the last six months — Islam can’t be blamed for anti-gay bigotry in America; and 4. Nearly all of the leading Republican presidential candidates rejected American President Barack Obama’s tearful plea for gun control in January. In the midst of the mayhem, when you were busy blaming Islam and ISIS for homegrown terrorism in America, these five important things happened in the land of the free and the countries it supports — which equally deserve your indignation:

The Institute for American Democracy and Election Integrity is in the process of filing a major lawsuit; implications of which could dramatically alter the landscape of the 2016 U.S. presidential race.  According to the lawsuit, results of Democratic primaries in several states far exceed the 2% margin between the exit polls and the electronic vote totals. These differences, claims the group, show votes appearing to be shifted from Bernie Sanders to Hillary Clinton — an indicator of election fraud.

Cliff Arnebeck, an election attorney who chairs the Legal Affairs Committee of Common Cause Ohio and national co-chair for the Alliance of Democracy, told The Free Thought Project:

“There is no way the Democratic Convention is going to nominate somebody on the basis of obviously stolen votes…the facts are coming out and that’s a fact…We are suing the media as being complicit in the crime. They are acting as accessories after the fact. They are covering up evidence of criminal activity, it’s a crime.

“In my opinion Hillary Clinton has been used for the purpose of scuttling Bernie Sanders campaign for president, she is being used…but they’ve been caught, it’s obvious, it’s just like Bernie Sanders when he talks about the system is rigged, ah the elections are rigged, the evidence is clear, everybody’s gonna see it and the game is over…Bernie has won in fact…” 2. Israel Waging Water War On Palestinians — During The Holy Month Of Ramadan

Israel, America’s closest ally, has shut off water supply to large parts of the occupied West Bank, leaving tens of thousands of Palestinians without access to safe drinking water during the Islamic holy month of Ramadan, a period of fasting. This comes at a time when daily temperatures soar to an average 100.4 degrees Fahrenheit. According to UN guidelines, 7.5 liters per person per day is the minimum requirement under normal conditions, but Israel’s restrictions have left many Palestinians with as little as two or three liters a day.

In a statement, the office of Palestinian Prime Minister Rami Hamdallah said:

“Israel wants to prevent Palestinians from leading a dignified life and uses its control over our water resources to this end; while illegal Israeli settlements enjoy uninterrupted water service, Palestinians are forced to spend great sums of money to buy water that is theirs in the first place.”

“This is just really done on a whim and it is done out of spite. You mentioned that it is Ramadan and of course this is a symbolic act by Israel, it is sticking its thumb into the eye of Palestinians and unfortunately this is what the definition of occupation is.” Three high-profile bankers – all with ties to Deutsche Bank – in New York, London and Siena, Italy, died within 17 months of each other in 2013-14, in what authorities deemed a series of unrelated suicides. But The New York Post now admits that while at least 40 bankers killed themselves in the 17-month period starting March 2013, suicides of David Rossi, William Broeksmit, and Calogero Gambino stood out as suspicious as their deaths seems to be linked to the interest rate-rigging Libor scandal. This scandal happened to rock the financial world, costing a consortium of international banks, including Deutsche Bank, about $20 billion in fines.

The common thread in each of these deaths is that all of the dead bankers had intimate knowledge of the international Libor scandal as it was related to Deutsche Bank. It seems apparent that these men were killed to ensure their silence, thus allowing those responsible for the interest rigging scandal within Deutsche to avoid responsibility.

4. Genetically-Modified Golden Rice — THE Answer To World Hunger — Is Turning Out To Be A Dud

A new study from Washington University has found that despite dumping millions into Golden Rice — once touted as a genetically modified (GMO) crop with the potential to save millions of lives in the Third World — the ‘nutritional gold mine’ has fallen short on lifesaving promises, even after 24 years of research and breeding. Noting that GMO opponents have not been the problem, study lead author Glenn Stone and professor of anthropology and environmental studies in Arts & Sciences, remarked:

“The rice simply has not been successful in test plots of the rice breeding institutes in the Philippines, where the leading research is being done. It has not even been submitted for approval to the regulatory agency, the Philippine Bureau of Plant Industry. In a new study, an Ohio task force tested nearly 5,000 backlogged rape kits from as far back as 1993. They found that more than half of serial rapists were tied to serial offenders; that an overwhelming majority of serial rapists had a history of felonies; and that a sexual offender had either previously sexually assaulted, or will offend again in the future.

According to the Department of Justice, there are currently over 400,000 untested rape kits collecting dust in police evidence rooms across America. As a result of this horrific negligence, only roughly 3% of rape cases in the country are actually solved. The Free Thought Project explains why the cops have not cared to know or done anything to stop the serial rapist epidemic: This article (5 Stories You Missed While Senselessly Blaming Islam for Orlando Shooting) is a free and open source. You have permission to republish this article under a Creative Commons license with attribution to the author and AnonHQ.com.