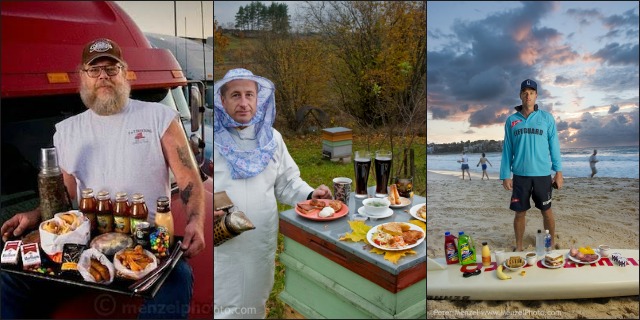 Different people eat different kinds of foods and different quantities of it around the world. Photographer Peter Menzel and writer Faith D’Aluisio traveled to 30 countries for three years to capture the eating habits of 80 individuals from strikingly diverse backgrounds. Their portraits are thought-provoking, showing incredible human beings and the food that fuels them over the course of a single day. The married couple’s efforts resulted in a fascinating book called What I Eat: Around the World in 80 Diets.

Below are 20 such startling examples of the 80 portraits found in What I Eat: Around the World in 80 Diets.