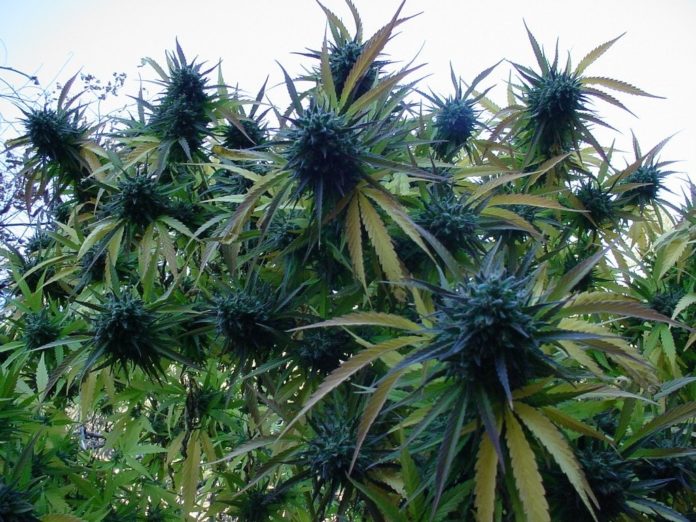 It is 2016 and we have come a long way in regards to our understanding and attitudes to marijuana. Colorado first legalized medical marijuana over fifteen years ago; the world did not come to an end. Most people nationally, probably didn’t even realized that this had come to pass. Here we are, at a time when half of the states in America have legalized some form of medical cannabis, with more and more researching cannabis initiatives.

This year truly shows that the naysayers and prohibitionists were wrong. Marijuana is currently legal for adult use in Colorado, Oregon, Washington, Alaska and DC, and is on the ballot for the November election in more than ten states. With the amount of tax money coming in to places like Colorado, even the most conservative politicians – in the most unlikely of places – are looking to cash in for their state.

California’s proposition 64 is long overdue. California has been known as a mecca for cannabis, with famous places like Humboldt County being known for their famous OG Kush. The proposition would legalize cannabis for those over 21, allowing for up to an ounce of personal possession. The state is looking to rake in the cash with a 15% excise tax, plus a set fee per ounce. The state believes this will generate over $1 billion in revenue. Maine is another likely candidate for legalization, this year. Earlier in the year, a campaign was put forth to legalize and regulate marijuana, similarly to alcohol. For anyone in the know in the cannabis industry, this would have overwhelmingly good consequences for the cannabis industry in general, as it would show that many states over the top regulation is costly and unnecessary. Cannabis regulation is far more strict than alcohol, believe it or not. Implementing regulations would take away much of the scare tactics currently employed by government cannabis regulators.

Massachusetts has also put forth a ballot initiative to legalize cannabis. It would allow for residents to carry up to one ounce, if they are over 21. The measure would implement a 3.75% excise tax, plus the state’s usual sales tax. The ballot initiative also creates a fifteen person advisory board to evaluate and regulate products as they come to market. Next on the list is everybody’s favorite, Nevada. With prostitution and gambling already mainstays of the state, cannabis would fit right in. Colorado cannabis entrepreneurs are rightfully nervous, as legalization of marijuana in Nevada undoubtedly means that Las vegas would surpass Denver as the cannabis capitol of the US. The ballot would allow for recreational sales to those over 21. It would, however, limit the number of grows and dispensaries that would be able to operate. Las Vegas would be allowed up to 80 recreational pot shops, whereas any county under 55,000 people would have to settle for just two.

Of all the backward states that you would never believe was about to legalize pot, Arkansas has drawn up its own pot ballot initiative. The Arkansas Medical Cannabis Act would allow for the creation and regulation of a heavily regulated medical cannabis program. The bill allows one cannabis facility for every 20 pharmacies. This would put the number of dispensaries in the state at 38. It is not a very bold move for cannabis in general, but for Arkansas, it is a step in the right direction. Florida is another state, which has such a conservative base that no one ever really thought marijuana would ever become legal. Well, Florida has already implemented a very strict program allowing for only five companies to grow CBD only cannabis. CBD is the non-psychoactive compound in marijuana, which is heavily responsible for its medical effects. Unfortunately, to get medical cannabis in Florida, you had better be on death’s door. The program only allows for a very restrictive number of ailments to be treated with cannabis. High THC strains are not yet available, but will be in the future for terminal patients.

The remaining states with marijuana initiatives this year are Montana, Arizona, Michigan, Missouri, North Dakota and Oklahoma. With the financial and medical benefits of cannabis legalization, more and more states are shedding old stigmas and embracing the benefits of this age old wonder plant.

This article (2016 Proves Marijuana is Winning the War on Drugs) is a free and open source. You have permission to republish this article using a creative commons license with attribution to the author and AnonHQ.