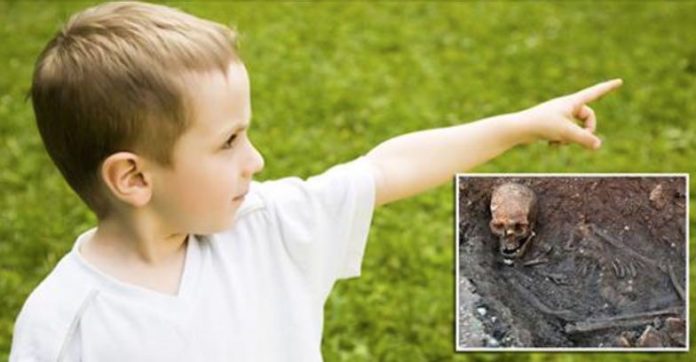 Reincarnation has remained on the fringe of scientific inquiry for a long time, despite a number of scientists urging the mainstream community to research it further — and for good reason. Decades ago, American astronomer and astrobiologist Carl Sagan said that “there are three claims in the (parapsychology) field which, in my opinion, deserve serious study,” with one being “those young children sometimes report details of a previous life, which upon checking turn out to be accurate and which they could not have known about in any other way than reincarnation.”

This topic falls into the ever-growing study of non-material sciences. At the end of the nineteenth century, physicists discovered something that could not be explained by classical physics. This led to the development of quantum mechanics, which has now proven that the material foundations of our world are not the real foundations we think they are. Quantum mechanic suddenly introduced the mind into its conceptual structure, because all of the results coming from quantum mechanics suggest that the physical world is no longer the primary or sole component of reality.

“Despite the unrivaled empirical success of quantum theory, the very suggestion that it may be literally true as a description of nature is still greeted with cynicism, incomprehension and even anger.”  – T. Folger, “Quantum Shmantum”; Discover 22:37-43, 2001

The quote below is from Dr. Gary Schwartz, a professor of psychology, medicine, neurology, psychiatry, and surgery at the University of Arizona. He and a number of other sciences explain these concepts in their Manifesto for a Post-Materialist Science:

The ideology of scientific materialism became dominant in academia during the 20th century. So dominant that a majority of scientists started to believe that it was based on established empirical evidence, and represented the only rational view of the world. Scientific methods based upon materialistic philosophy have been highly successful in not only increasing our understanding of nature but also in bringing greater control and freedom through advances in technology. However, the nearly absolute dominance of materialism in the academic world has seriously constricted the sciences and hampered the development of the scientific study of mind and spirituality. Faith in this ideology, as an exclusive explanatory framework for reality, has compelled scientists to neglect the subjective dimension of human experience. This has led to a severely distorted and impoverished understanding of ourselves and our place in nature.

When it comes to reincarnation specifically, it directly relates to the study of consciousness — something that Max Plank regarded as “fundamental” in relation to quantum mechanics. In fact, Eugene Wigner, another Nobel Prize winning scientist/mathematician, once told the world that “it was not possible to formulate the laws of quantum mechanics without reference to consciousness.”

The Scientific Study of Reincarnation

University of Virginia psychiatrist Jim Tucker is arguably the world’s leading researcher on this topic, and in 2008, he published a review of cases that were suggestive of reincarnation in the journal Explore.

A typical reincarnation case, described by Jim, includes subjects reporting a past life experience. The interesting thing is that 100% of subjects who report past life remembrance are children. The average age when they start remembering their past life is at 35 months, and their descriptions of events and experiences from their past life are often extensive and remarkably detailed. Tucker has pointed out that these children show very strong emotional involvement when they speak about their experiences; some actually cry and beg their parents to be taken to what they say is their previous family.

According to Tucker, “The subjects usually stop making their past-life statements by the age of six to seven, and most seem to lose the purported memories. This is the age when children start school and begin having more experiences in the current life, as well as when they tend to lose their early childhood memories.”

There are many of these strange cases, and you can check out more in an article we previously published about six of them here: 6 Extraordinary Cases of Kids Who Remember Their Past Lives.

This article, however, focuses on a different case. And it starts with a doctor named Eli Lasch, a prominent physician in Israel who served as a senior consultant in the coordination of health services in the Gaza Strip. He passed away in 2009, but before he did, he was investigating a supposed reincarnation case in which a three-year-old boy claimed to have remembered a past life. In this life, he remembered being struck by a big blow to the head with an ax and having a long, red birthmark on his head.

The present-day boy, whose name remained confidential throughout the entire study, also had a birthmark in the exact same spot, which is interesting because multiple studies, like the one published in Explore, point out how shared birthmarks are common to children who remember their past lives.

You can see more examples of this in this article.

The boy’s father and a number of other relatives in the village decided to visit neighboring communities to see if his past life identity could be established and Dr. Lasch was invited to join. On this journey, they visited multiple villages until the boy remembered the right one. He remembered his own first and last name, as well as the first and last name of his murderer.

According to the Institute for the Integration of Science, Intuition, and Spirit:

A member of this community, who had heard the boy’s story, said that he had known the man that the boy said that he was in the past lifetime. This man had disappeared 4 years earlier and was never found. It was assumed that this person must have come to some misfortune as it was known that individuals were killed or taken prisoner in the border areas between Israel and Syria for being suspected of being spies.

The group went through the village and at one point the boy pointed out this past life house. Curious bystanders gathered around and suddenly the boy walked up to a man and called him by name. The man acknowledged that the boy correctly named him and the boy then said:

“I used to be your neighbor. We had a fight and you killed me with an ax.”

Dr. Lasch then observed that this man’s face suddenly became white as a sheet.  The 3-year-old than stated:

“I even know where he buried my body.”

The boy then led the group, which included the accused murderer, into fields that were located nearby. The boy stopped in front of a pile of stones and reported:

“He buried my body under these stones and the ax over there.”

Excavation at the spot under the stones revealed the skeleton of an adult man wearing the clothes of a farmer, and on the skull, they observed a linear split consistent with an ax wound. In 1998, Dr. Lasch related this case history to Trutz Hardo, who practices past life regression in Germany. Mr. Hardo subsequently included the story in his book Children Who Have Lived Before, published in 2005.

Here is a summary of it in a short video for all of you audio/visual learners.

Was This Actually Real?

As with other reincarnation cases studied within mainstream academia, this case does require further evidence. It’s mostly hearsay, as no actual study was published.

As the San Francisco Globe pointed out a few years ago:

The story is quite intriguing, but it is hard to know if it is true. While there are a lot of details of the case that have survived, it is odd that all of the names were either not recorded or forgotten over time. The only known witness of the incident, Dr. Eli Lasch, died in 2009 and the information provided here is everything that is known about the case. It is quite the strange tale, and it is certainly not a singular one, as other children have been reported to have remembered past lives. What do you think? Could it possibly be true, or did the doctor make it all up?

What do you think? Perhaps your opinion would change if you examined the verified cases, which are truly extraordinary.

What Happens When We Die? Where Does “Consciousness” Go?

The amount of research that’s emerged in the fields of parapsychology (ESP, telepathy, remote viewing), quantum physics, reincarnation, near death experiences, out of body experiences, consciousness, and non-material science, in general, is truly overwhelming. If you want to learn more about these topics, you can sift through our website, as we’ve published countless articles in this area, or visit places like the Institute of Noetic Sciences and start your research there.

Personally, I think there are multiple paths we take after “death.” Some may reincarnate on this planet or onto another planet, and some may go to an entirely different plane of existence altogether. There is ample evidence to support both points, from ancient history and religion to consciousness studies (like reincarnation and near death experiences) and more. All the evidence points to the idea that this human experience, and our physical body, do not represent either the end or the beginning of our journey.