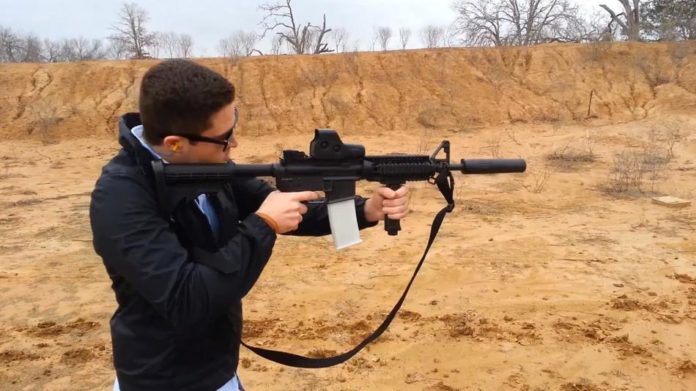 Technology has unleashed upon us, a world where fantasy has become reality. Anything can go from your mind to reality, with the push of a button. So is the case of 3D printing and firearms.

When Cody Wilson first got the idea to 3D print a gun, I don’t think he realized the far reaching implications of his idea nor that a simple idea could throw the entire gun debate out the window. Defense Distributed a “Nonprofit Anti-Monopolist Digital Publishing” company, founded by Cody, on the belief that people should be able to freely share and print gun part designs to make at home using the best of today’s technology, the 3D printer. Cody and his company were the first to 3D print an AR-15 lower receiver. After many designs and failed test shots at the range, they achieved it. Cody was able to 3D print a fully usable and firing lower receiver and high capacity magazines. It was a first in the world.

Cody has taken his innovation in a new direction with the release of the Ghost Gunner. An easy to use home milling device that can etch a gun out of a block of metal. Well, more accurately, it can produce gun parts like the lower assembly of an AR-15. The Ghost Gunner has come under fire, as it is able to manufacture highly regulated parts with out a serial number, making them completely untraceable. The Ghost Gunner can be bought for around $1200, putting the capability of making an untraceable weapon in the hands of anyone with a PC, and the money to shell out for the device.

That brings up a whole new debate. If you are able to manufacture banned, hard to get or untraceable guns, the entire existing gun debate becomes irrelevant. Who cares about background checks when you can make your AR at home? Everyone should have seen this coming. Where there is a will, there is a way. The future of 3D printed guns is uncertain, but the conversation is only just beginning. I’m pretty sure that like all other digital information, once its out there, its out there and cannot be turned back. While politicians go around in circles with the current gun debate in the U.S., innovators like Cody Wilson will be there to show the folly in their ways.

This article (3D Printed Guns Make Gun Control Debate Obsolete) is a free and open source. You have permission to republish this article under a Creative Commons license with attribution to the author Alek Hidell and AnonHQ.com.