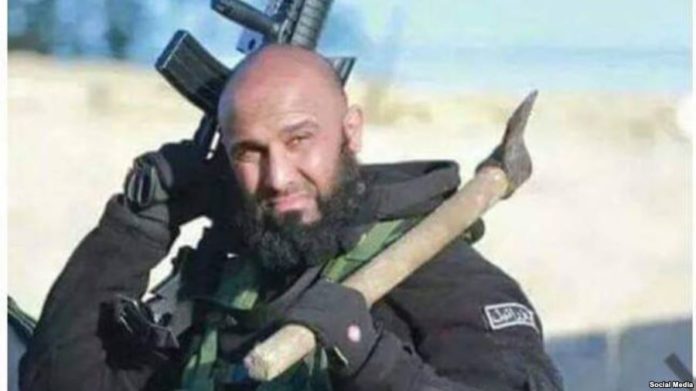 Since there is an ongoing fight for Tikrit, in which the Iraqi and Iranian armies and associated Iraqi Shia and Sunni soldiers are making an effort to eliminate hidden Islamic State of Iraq and the Levant attackers, contributing to increasing deaths along with the materialistic damage of their metropolitan land. Also, there is a synchronized war that is being and has been conducted around the online world and via the mainstream media, which causes the development of combatants which both the Iraqis, as well as Iranians, can core too.

Pictures from a variety of internet sources show a man who is a hero to some and some merely a cause of death to other. Named, Ayyub Faleh al-Rubaie also known as Abu Azrael, which roughly translates to Angel of Death, once an average man now partaking in the battle for Tikrit, is definitely no less than a superhero character to arise with what has developed into a lengthy struggle in Iraq. Worldwide media maintains up this information, together with its love affair together with the climb of ISIL as well as its utilization of social media.

However, Ayyub Faleh al-Rubaie happens to be a fabled Shia (mostly* minorities around the world) fighter whose courage plus his notoriety have also gained him the recognition of Iraqi Rambo. He’s come to be the people’s supporter in standing up to the ISIL in the Iraqi territory. His practices and his visual appearance accommodate the barbarity of the so-called Islamic State, also known as Daesh and ISIS. Such as, he has photographed carrying guns, daggers, axes and holding swords and in many cases maltreating the dead bodies of ISIS soldiers.

The question we elevate is why him, seeing as there are thousands and thousands of people struggling and fighting in the cause they believe in just like him – to this we can only say being in the right place at the right time. To merely express the emphasis on this subject or his identity raises a wider dilemma of the fusion amongst cyberspace and real violent clash, where it is now much more challenging to split actuality from the mediated adaptation created in the online world.

Fighting the enemy has grown to be – fair to say, postmodern, be it if they are the Shia side of fighters building an idol in order to be similarly preferred as similar to what the State Department is creating strategies of Twitter posts to disrepute ISIL. Needless to say, with such a significant breakthrough of new techniques along with the beclouding of truth, there exists facts above any uncertainty on the soil that features people of Syria and the people of Iraq that continue to be and are being forced out and thrown into the streets (in their country as well as the countries that have granted them asylum) considering the Syrian civil war as well as the surge of ISIL.

Allegiance, irrespective of whether it is the army fighting Daesh or with ISIS, itself, should not be based on social networks, but should be a result of a long phase system of acculturation and character development. However, things the social media is doing has authorized individuals away from the combat zone to turn into ‘look and judge’ type towards the present war, which allows to facilitate the development of digital personalities that are to commemorate or compel, you be the judge.

This Article (Angel of Death: The Man Who Killed 1500+ ISIS Members) is free and open source. You have permission to republish this article under a Creative Commons license with attribution to the author and AnonHQ.com.