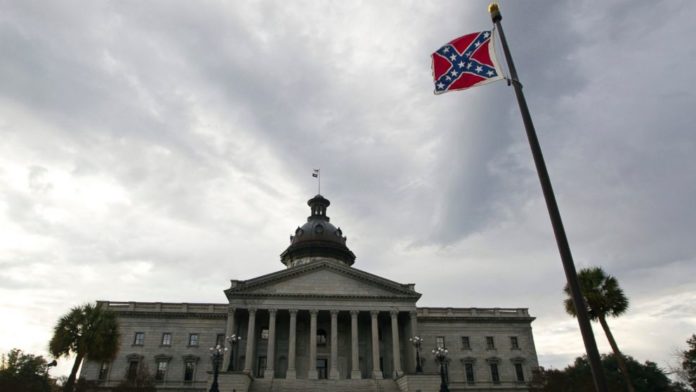 A report from Think Progress has brought to attention some disturbing teaching practices in South Carolina’s schools. According the State’s 2011 academic standards for what students in social studies classes should know, positive language is used to describe the early settler’s actions in regards to slavery as “accomplishments”.

Many examples of possible lesson plans are listed here at “Teaching American History in South Carolina: a state-wide approach to teaching professional development”, which was funded by a grant from the U.S. Department of Education’s Teaching American History program. Although the grant ended in 2009, it is still provided to teachers on the South Carolina Department of Education’s website.

One of the “lesson plans” included in the link above is to “summarize the motivation and accomplishments” of historical figures such as Christopher Columbus, who we now know was rather brutal. Another plan includes comparing inventories for two colonial plantations, and under the categories provided for students, such as “tools”, “slaves” are listed as a commodity as well.

In this lesson plan, which is related to the Stono Rebellion, teachers are instructed on how to lead a discussion on “the economic necessity of slave labor.” It focuses on the viewpoint of the slave-owners, rather than the viewpoint of the “rebelling slaves.” Guided questions for this discussion include, “What happens to people when they misbehave?” coupled with “What happened to the slaves who were involved in the rebellion?” Afterwards, students are instructed to discuss whether or not the slave’s punishments were fair (most were killed, and those later caught were executed), as well as what plantation owners could have theoretically done to prevent other revolts.

Some of the lesson plans do mention the horrid living conditions the early African-Americans endured, however they also use many passive descriptions of their actions, such as the claim that African slaves were chosen due to their expertise, and that Europeans would have toiled in the fields themselves if they had the proper set of skills. Here is the explanation given at Teaching U.S. History in South Carolina’s webpage:

“Due to the omission of this crop in their European culture, English colonists who settled the rich North American land lacked the expertise required for the production of rice. Thus, the huge task of cultivating, processing, and packaging rice on South Carolina Plantations was commonly assigned to slaves. This task, though foreign to European colonists, proved to be quite common to the slaves who had been purposely imported from the rice growing region of West Africa. Where many English planters had failed in their previous attempts at growing and processing rice, the knowledge and rice-growing skills possessed by West Africans gave them a newfound success at cultivating the crop.”

Think Progress’s report lists additional lesson plans in detail. Aside from the lesson plans, however, it also discusses the Educational Improvement Act of 1984 under which it states that student exposure to African American history was to increase, specifically stipulating that by the 1989-90 school year, all public schools were required to “instruct students in the history of black people as a regular part of its history and social studies courses,” (SubPart 1, Increasing Academic Standards). As for whether or not these standards are implemented, that depends on “what issues teachers are pressured to cover or to stay away from and how culturally competent teachers are.”

According to Michael Williams, a global studies and American history teacher in West Columbia, South Carolina who wrote his master’s thesis on South Carolina’s teaching standards and how they portray African history; before students reach the 11th grade, Africa is only covered in depth once, and that’s when students learn about Egypt.

Many students in the South connect their heritage with the Confederacy, and it can be a touchy subject by today’s standards. When asked how he approaches the matter, Williams stated:

“I really try to say ‘What was the South going to war for?’ They may say, ‘They were fighting for state rights.’ And I say, ‘Well, state rights to do what?’ It was states’ rights to own slaves. So it always comes back to that issue, no matter what people want to argue … So I try to make that connection really clear instead of saying ‘You’re wrong. It was over slavery,’ and being a little more abrupt about it.”

This Article (Here’s How They Teach about Slavery in South Carolina) is a free and open source. You have permission to republish this article under a Creative Commons license with attribution to the author and AnonHQ.com.