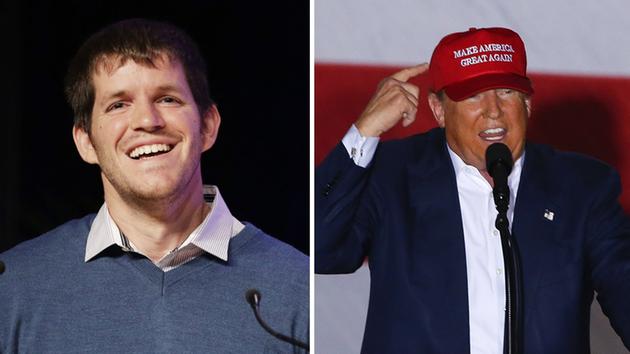 Brandon Stanton, the creative genius behind Humans of New York, broke his political silence in the wake of the rise of Trump because, as he says, “I realize now that there is no correct time to oppose violence and prejudice. The time is always now.”

Stanton has long remained neutral when it comes to his subjects’ stories and points of view when interviewing them, allowing the people he photographs to tell their own stories. He has served the streets of New York City but also done tours with the UN to interview refugees in several Middle Eastern nations and even those awaiting their new homes in the United States, as his letter mentions. The stories he publishes, accompanied with telling photographs, have not only been read by millions of followers but they have strongly affected those who can relate to the subjects and opened the mind of many who didn’t know so many issues are faced by other people daily.

Oftentimes readers are inspired by the stories and ask if there is any way that they can help, and Brandon is able to connect these humans to great resources. Humans of New York famously aided in raising $1 million for a school in Brooklyn with low-income students to visit Harvard annually, host a summer program, and start a scholarship fund. This all began when Stanton interviewed a student at that school and asked him who inspires him, to which the student replied that his own principal inspired him. HONY also raised hundreds of thousands of dollars for Syrian refugee families entering the U.S. and $2 million to an organization in Pakistan that is actively working to end forced labor.

To say that Stanton is well-qualified enough to remark on the rise of Trump and how Trump himself is the hateful, hurtful one would be an understatement. Stanton’s efforts more than speak for themselves, and it appears as though this photo-journalist turned activist simply couldn’t remain silent for long. Read below for the full open letter to Donald Trump:

An Open Letter to Donald Trump:Mr. Trump,I try my hardest not to be political. I’ve refused to interview several of…

“I’ve come to realize that opposing you is no longer a political decision. It is a moral one,” Stanton wrote.

Stanton also called Trump out for retweeting hateful users on Twitter, holding off on speaking out against the Ku Klux Klan, and promoting a wildly aggressive approach to terrorism.

Stanton, a photojournalist who has more than 17 million Facebook fans, wrote that he tries his “hardest not to be political” but felt compelled to speak out against Trump, whose rally in Chicago was canceled last weekend due to chaos and violence among the crowd.

“I’ve come to realize that opposing you is no longer a political decision. It is a moral one,” Stanton wrote.

Stanton also called Trump out for retweeting hateful users on Twitter, holding off on speaking out against the Ku Klux Klan, and promoting a wildly aggressive approach to terrorism.

Stanton concluded that the “hateful one” is Trump after doing extensive interviews with Muslims and refugees over the past few years. This is an apparent reference to Trump’s call to ban Muslims from entering the U.S. last year.

“Those of us who have been paying attention will not allow you to rebrand yourself. You are not a ‘unifier,'” Stanton wrote. “You are not ‘presidential.’ You are not a ‘victim’ of the very anger that you’ve joyfully enflamed for months. You are a man who has encouraged prejudice and violence in the pursuit of personal power. And though your words will no doubt change over the next few months, you will always remain who you are.”

Stanton’s post already has nearly 330,000 reactions as of writing time and garnered ample love from fans: