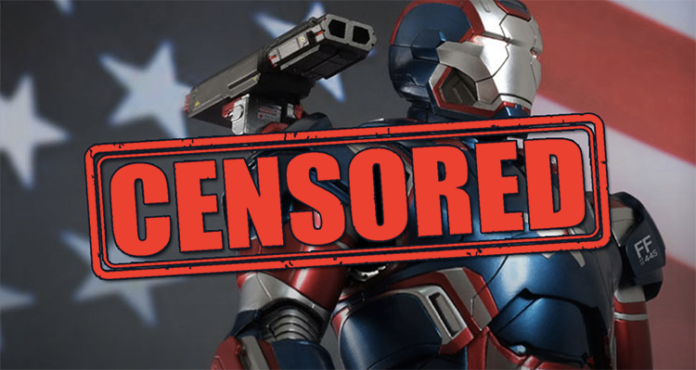 The Department of Defense have involved themselves with the production of Hollywood films since shortly after World War Two. But to what extent has largely been unknown until Spy Culture’s author requested a list under the Freedom of Information Act. To their surprise, the DOD responded with a list, though suspected of being incomplete.

That was in early 2014. Now, more reports have been released on the extent of DOD and Pentagon involvement with the entertainment industry. The heavily redacted document continually mentions the word “support” when mentioning their involvement in Paramount movies, CBS, HBO, Nickelodeon, documentaries including those about Ebola and “Star Wars technology”, and even the Tyra Banks Show. The lengths of the strongly “suggested” changes through the DOD “support,” however unknown to their fullest extent, are rumored to be an exchange for some directors seeking cheap location shots, use of vehicles and gear needed to produce their films. According to The Mirror, the Pentagon was reported to have censored movie bosses.

Dr Matthew Alford from Bath University said: “It is shocking that the Pentagon is poking its nose into a mind-boggling range of TV shows. Many have nothing to do with the military,’ he said of the Hollywood based DOD. “It is alarming that the Pentagon keeps secret the changes it makes, leaving it open to accusations that it’s waging a pernicious PR campaign to recruit TV-addict kids and rewrite history.” Other entertainment requests to the DOD included:

MasterChef’s Gordon Ramsay having to request permission to feature an army cook to cook a welcome home meal for troops;

American Idol having to get permission on a yearly basis because it featured a contestant from the armed forces in 2010.

According to reports by the Mirror, “Military chiefs at the Pentagon are gagging Hollywood when its science ­fiction blockbusters get uncomfortably close to the bone…Directors are being forced to re-write scripts by the United States Department of Defense if the content is deemed ­inappropriate – and the big screen hits affected include Iron Man, Terminator Salvation, Transformers, King Kong and Superman: Man of Steel.”

Even a Top Gun sequel was halted by the US military in fear that the original fostered the sex abuse culture in the US Navy.

This Article (Pentagon censors Hollywood; Too Close to the Truth) is a free and open source. You have permission to republish this article under a Creative Commons license with attribution to the author AnonWatcher and AnonHQ.com.