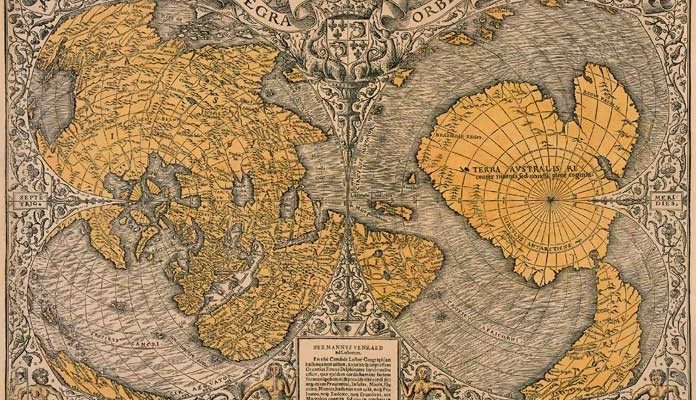 The Piri Reis map was compiled in 1513 and when it was discovered in 1929 it caused an international sensation as it was the only 16th-century map that showed South America in its proper longitudinal position in relation to Africa. The map shows the earth as seen from space, the sub-glacial topography of Greenland and Antarctica, and is aligned with the earth’s energy grid – enough hard-to-believe information to fascinate today’s world.

The astonishing details have puzzled the human minds and given rise to questions and controversies: The Piri Reis map probably implies that, if not technology, perhaps there existed an extremely intelligent ancient advanced civilization with all the tools of modern day civilization. The first civilization developed around 3000 BC followed by the Indus valley and the Chinese civilizations. Now the second puzzle is: Who carried out such extensive research and surveys 4000 BC that are only possible in the modern era with the ultra-modern technology?

History Professor Charles Hapgood believes: “It appears that accurate information has been passed down from people to people. It appears that the charts must have originated with a people unknown and they were passed on, perhaps by the Minoans and the Phoenicians, who were, for a thousand years and more, the greatest sailors of the ancient world. We have evidence that they were collected and studied in the great library of Alexandria (Egypt) and that compilations of them were made by the geographers that worked there”.

The map neither came from any ancient civilization nor created by extraterrestrials; an astonishing piece of work, the Piri Reis map was indeed a first class piece of naval intelligence.