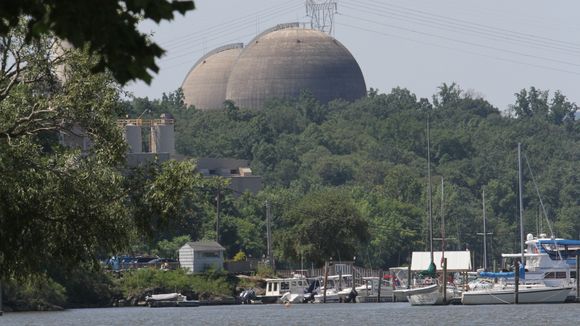 The Governor of the state of New York, Andrew Cuomo has ordered an immediate investigation into the leaked radioactive water into the groundwater system at the Indian Point Energy Center.

Indian Point Energy Center is a three-unit nuclear power plant station located in Buchanan, New York just south of Peekskill. It is located at the east bank of the Hudson River, 25 miles north of New York City. The plant is said to supply about 30% of energy to New York City and its environs.

Residents fear that the radioactive tritium-contaminated water might have contaminated their water system just like what happened in the city o Flint, Michigan. In early 2015, the nuclear facility reportedly experienced multiple failures, and it was shut down for some days. It was revealed thereafter that a steam has leaked from the facility, and has spilled about 3,000 gallons of oil into the Hudson River.

It is said that officials in charge of the plant have reported an alarming levels of radioactivity at the facility. Radioactivity has since increased to nearly 65,000%.

Zero Hedge reports that operator of the facility, Entergy Nuclear Northeast says the contamination has not migrated off site, and as such, does not pose an immediate threat to public health.

Entergy spokesperson, Jerry Nappi told Lohud .com that the elevated levels of tritium are more than a thousand times below federal limits, and that there is no health risks to the public. Therefore, drinking water sources both onsite and offsite were not affected.

Nappi also claimed that Entergy voluntarily notified the Nuclear Regulatory Commission, state agencies and stakeholders about the elevated levels of tritium in the monitoring wells. He further said groundwater monitoring wells were installed around the nuclear plant to provide early detection of any elevated levels of radionuclides in the ground, concluding that Tritium is a radioactively weak isotope of hydrogen, and that it likely reached the ground at Indian Point during recent work activities.

“While elevated tritium in the ground onsite is not in accordance with our standards, there is no health or safety consequence to the public,” Nappi said.

However, Governor Cuomo has officially sent a letter to the state Health Department and the Department of Environmental Conservation, calling for an immediate probe into the issue.

The Mr Cuomo’s letter dated on February 6 said “I learned that radioactive tritium-contaminated water leaked into the groundwater at the Indian Point Nuclear facility.  The company reported alarming levels of radioactivity at three monitoring wells, with one well’s radioactivity increasing nearly 65,000 percent. The facility reports that the contamination has not migrated off site and as such does not pose an immediate threat to public health. Our first concern is for the health and safety of the residents close to the facility and ensuring the groundwater leak ‎does not pose a threat. This latest failure at Indian Point is unacceptable and I have directed Department of Environmental Conservation Acting Commissioner Basil Seggos and Department of Health Commissioner Howard Zucker to fully investigate this incident and employ all available measures, including working with Nuclear Regulatory Commission, to determine the extent of the release, its likely duration, cause and potential impacts to the environment and public health.”

In December 2015, it was reported that Governor Cuomo ordered an investigation into the nuclear facility after a series of unplanned shutdowns, citing its risks being just outside the city and in the populated suburbs.

But in January 2016, Entergy filed a lawsuit against Secretary of State, Cesar Perales in federal court, seeking a court order to toss out the state’s refusal to grant the power plant a certificate to operate on the Hudson River. Perales is a member of the state cabinet. In November 2015, he rejected Entergy’s request for a Coastal Zone certificate to use the Hudson River. Perales had said that for the past 40 years, the plant has been damaging the coastal resources of the Hudson River, withdrawing billions of gallons of water a day, and killing at least a billion fish. According to local media, since 2007, Entergy has been seeking to extend its licenses for Indian Point’s two reactors, Units 2 and 3, for 20 more years. It is said that in December 2015, the plant’s Unit reactors eclipsed its original 40-year licensing period.

However, the reactors are continuing to operate until the Nuclear Regulatory Commission decides on its application. And it is said this process will several years.

Opponents of the Plant have said that the numerous shutdowns of the facility in 2015 clearly indicate that the facility is dangerous, and can cause a large scale disaster.

This Article (65,000% Radioactive Water Leaks Into Groundwater At Indian Point Nuclear Plant, Governor Orders Immediate Probe) is free and open source. You have permission to republish this article under a Creative Commons license with attribution to the author and AnonHQ.com