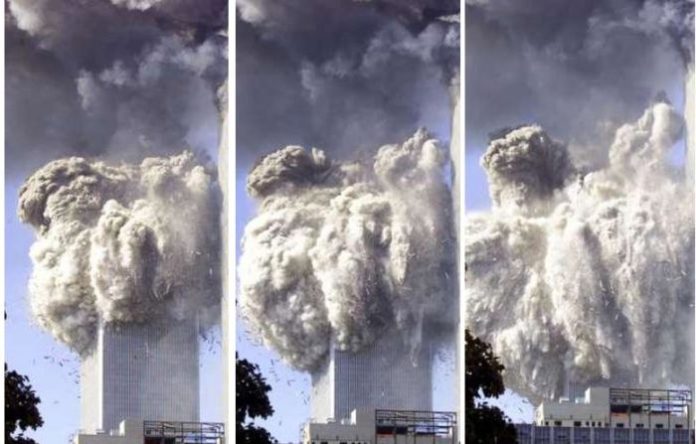 Let’s just remind you that so-called fact checkers, those who are nothing but puppets of the government and the cabals, will try to discredit this story after publication. However, we aren’t in the business of misinforming anybody here. Rather, we’re here to let you know that the world is not as you see it. This current era is built on extreme corruption and great deception. Our duty is to let you know the truth — this is why the corrupt fear us! We are fast approaching the 16th year of the so-called terrorists’ attack that rocked the U.S. to its core — the 9/11 incident. Since the attack, concerned observers and organizations have challenged the conventional narrative that the attack was carried out solely by the 19 hijackers. According to those who oppose the U.S. government’s official report of the incident, the attack is nothing but an inside job.

The views held by the ‘inside job’ adherents are not a figment of their imaginations. Their view is based on concrete evidence that emerged after the attack. In fact, if you even consider what happened on the U.S. stock market only days before the attack, you wouldn’t need a mystic to tell you the attack was an inside, orchestrated job. On September 19, 2001, CBS News revealed that on the afternoon before the attack, alarm bells were sounding over the unusual trading occurring on the U.S. stock options market. An extraordinary number of traders were betting that American Airlines and United Airlines stock prices would fall. An anonymous person in the stock market made this revelation to the news outlet. Remember: all four of the passenger aircrafts used in the attack were operated by these two airlines.

According to the CBS source, this type of trading is called “puts” and it involved at least 450,000 shares of American Airlines. More than 80 percent of the orders were “puts” – those betting stock would fall. The “puts” far outnumbered “call” options – those betting the stock would rise. The source said they have never seen that kind of imbalanced trading before. Of course, after the attack, American Airlines’ stock prices plummeted by 39 percent. For those who betted the stock will fall, they made over $5 million in profit. The same thing happened with United Airlines on the Chicago Board Options Exchange four days prior to the attack. An extremely unbalanced number of trades betting United’s stock price would fall also transformed into huge profits after the hijackings.

This is one of the events that happened prior to the attack, pointing to the fact that something serious was about to happen in the United States. You can read about the others here. Let’s now turn our attention to evidence surfacing after the attack, showing it was an inside job. The European Physical Society, a non-profit organization whose purpose is to promote physics and physicists in Europe, has said the World Trade Center (WTC) towers that collapsed just within an hour and 42 minutes after American Airlines Flight 11 and United Airlines Flight 175 had crashed into them, is nothing but a controlled demolition exercise.

We have also seen video evidence emerge showing a cruise missile hitting the Pentagon, creating a hole in the building. The U.S. government has rubbished all of these accounts, labeling them as wild conspiracy theories.

However, the evidence continues to mount. We are close to the truth, and it shall emerge one day, no matter how long it takes. It really is just a matter of time.

The National Institute of Standards and Technology (NIST) is a U.S. government agency entrusted with standards in technology, innovation and industrial competitiveness. After the 9/11 attack, the agency was tasked to investigate the collapse of the WTC. Surprisingly, NIST concluded in its final report that the one hour and 42 minutes fire that gutted the WTC caused it to collapse.

When the NIST report was made public, many observers raised concerns over serious inconsistencies found within the report. Despite the concerns, nothing changed in the NIST report and the government gladly accepted it. Now a former employee of the NIST, Peter Michael Ketcham, is also adding his voice to claims that the report’s conclusion by his former employer – that the WTC collapse was caused by fire – is completely ridiculous. Ketcham has found that it was a controlled demolition that caused the WTC to collapse, not a fire.

Mr Ketcham worked as a mathematical data visualization programmer at NIST from 1997 to 2011. He was not involved in the 9/11 investigation, but of course, he had close associates who were part of the investigation team.

According to Ketcham, when he was still an employee of NIST, it never occurred to him that the agency faked what it was tasked to investigate. It was only when he became an outsider of the agency and after taking his time to look at the report more closely, that he began to see things differently. Ketcham also revealed he did some serious research on the report. “I began to read some of those reports. As I then watched several documentaries challenging the findings of the NIST investigation, I quickly became furious. First, I was furious with myself. How could I have worked at NIST all those years and not have noticed this before? Second, I was furious with NIST. The NIST I knew was intellectually open, non-defensive, and willing to consider competing explanations,” Ketcham explained.

“The more I investigated, the more apparent it became that NIST had reached a predetermined conclusion by ignoring, dismissing, and denying the evidence. Among the most egregious examples is the explanation for the collapse of WTC 7 as an elaborate sequence of unlikely events culminating in the almost symmetrical total collapse of a steel-frame building into its own footprint at free-fall acceleration.” Ketcham further challenged his former employer that if it isn’t hiding anything from the public, then it should openly share all evidence, data, models, computations, and other relevant information of the investigation.

Take your time to listen to what Ketcham says in the video below. While you are watching and listening to the video, bear in mind the character speaking is a former employee of NIST. Like the old saying goes: if the shark comes from the water and says the fish are dead, no human being can challenge the shark because the shark lives in the water with the fish.

If people like Ketcham are speaking this way, it is obvious that outsiders like us should be skeptical of the whole 9/11 attack explanation. Just like the former CIA agent who admitted on his sick bed shortly before his death that the agency killed JFK, we believe that some of the key investigators who worked on the attack will make similar confessions one day. It is just a matter of time — the whole truth about the 9/11 attack will soon arrive.

This article (Official 9/11 Report NOT Credible: NIST Employee Confirms Controlled Demolition Collapsed 9/11 Towers [Video]) is a free and open source. You have permission to republish this article under a Creative Commons license with attribution to the author and AnonHQ.com.